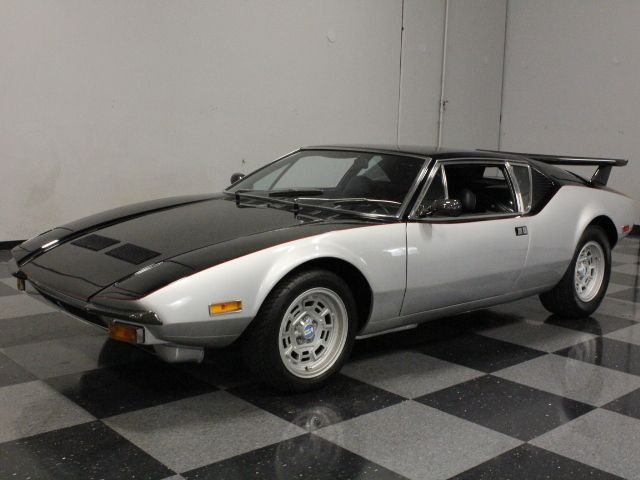 Until recently, the automotive public wasn't quite sure what to make of the DeTomaso Pantera, but steadily increasing prices have pretty much cemented their position as high-grade hardware worthy of serious consideration. This gorgeous 1972 Pantera is the one to own if your idea of fun is actually driving it instead of rubbing it with a diaper, especially with an over-built stroker motor and a slick 2-tone paint combination.

The Pantera is a curious, but not unprecedented mixture of Italian craftsmanship and American muscle, and when it was new, there just weren't many cars of any kind that could keep up with it. Perhaps it's because of that Ford DNA in its history that kept prices low, but today collectors are realizing that these cars deserve a spot in Italy's illustrious supercar traditions. That also explains why this one received such a high-end restoration, which, although not totally stock, delivers on the promises made by the Pantera's gorgeous bodywork. Black over silver accentuates the 1970s wedge shape, which has aged at least as well as the Ferrari 308 and still commands respect among aficionados. Fit and finish are probably better today than they were when the car was new and the two-tone paint seems to emphasize the American side of the Pantera's genealogy, but there's no disputing that this car generates a ton of attention everywhere it goes.

The interior is pure Italian, complete with the usual gorilla-style driving position and gated shift lever for the 5-speed manual gearbox. Leather buckets have attractive pleats and textured inserts and they're surprisingly comfortable for long hauls. The instruments are housed in very cool twin pods with auxiliary gauges running down the center stack and the overall look is unique and very attractive. A leather-wrapped steering wheel feels suitably Italian in your hands and while the shifter takes some muscle and some familiarity, it's quite rewarding to master. You'll probably never get tired of the sonorous V8 that inhales and roars just behind your head, but there's also a great-sounding AM/FM/CD stereo fitted horizontally, which is the only way it would work. There's a bit of storage space up front in a nicely appointed trunk area, and a much larger trunk behind the mid-mounted engine, which is an impressive bit of packaging.

The Pantera always used a 351 cubic inch Ford V8, but this one is powered by an all-new Ford stroker motor punched out to 420 cubic inches. That's big block power in a small block package and the extra cubes make this car feel invincible on the street. It surely lives up to the promises made by the outrageous bodywork and with bulletproof Ford mechanicals, the Pantera is far from fussy and inexpensive to maintain, even for the do-it-yourself hobbyist. It's intimidating looking into that engine bay, but the engineering is solid and straightforward so if you've been under the hood of a Mustang, you'll see a lot that's familiar here. The exhaust system is beautifully crafted and sounds downright nasty, and with a ZF 5-speed manual transmission it's a joy to drive. A capable suspension, 4-wheel disc brakes, and stock 15-inch aluminum wheels give it confidence on and off the track and it wears recent 205/50/15 front and 245/60/15 rear Michelin radials.

The Pantera has become an A-list celebrity and this one with a frame-off restoration and a brutal powerplant makes the argument that Ferraris may be garage art, but Panteras are meant to be driven. Call today! 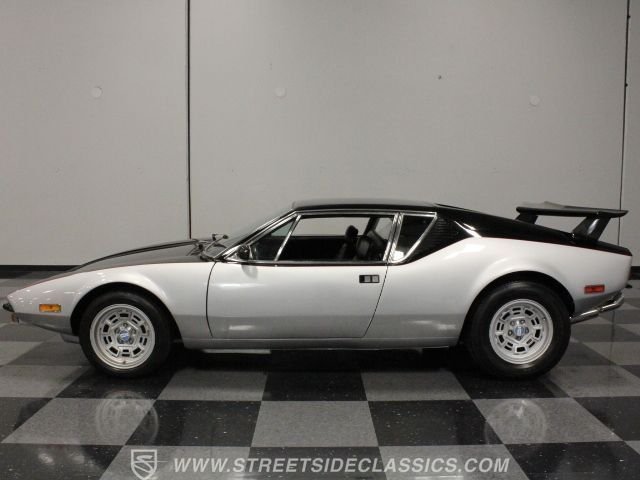