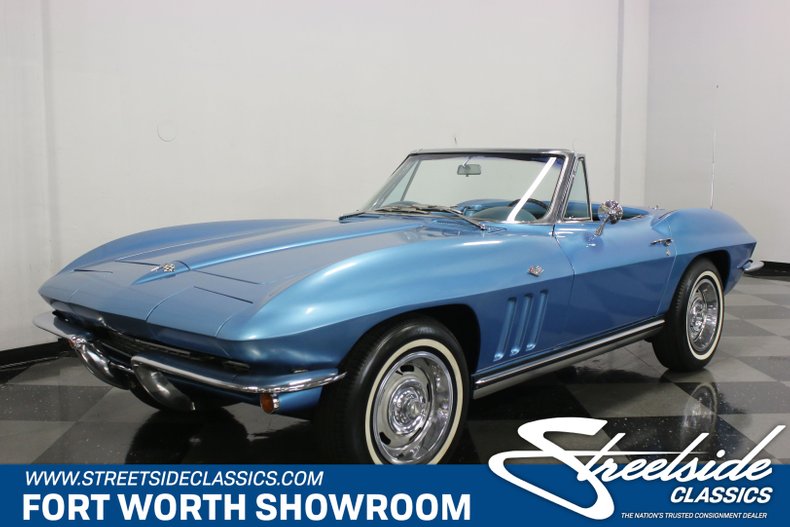 Blue chip collectables don't get much more interesting than a mid-year Corvette. This 1965 roadster carries a snarling 327, a 4-speed gearbox, and a beautifully restored Nassau Blue body. As far as fun cars go, it's hard to beat a mid-year Corvette you can actually drive rather than constantly mother on a show field. This one gets everything right and works best in its natural environment: on the road.

This isn't one of those trailer-queen 'Vettes that you're afraid to drive. Refinished not too long ago, it was refinished in its original code F Nassau Blue, which was by far the most popular color in 1965, yet it still stands out among all the bright red ones. The Sting Ray was one of the most influential designs of the decade, and even forty-five years later, it remains instantly recognizable and still resonates with hobbyists and bystanders alike. This '65 hits the sweet spot, with a nice workmanship that shows well and looks great for the car's age, without the hassles that come from trying to maintain a show car's finish. Nevertheless, if you want to take this one up a notch, you could have a pro give it a buff and it'll really knock people out. Just remember that you can spot the guys who drive their cars pretty easily: they're the ones with the giant grins on their faces. You could join them without worries in this one.

The body tag says the interior is code 414, so that's what went back in: attractive blue buckets with a high-quality look that's anything but ordinary. They have a lovely patina and signs of gentle use that make it ever so inviting to slide behind that woodgrained wheel. Of course, there's no damage, no split seams, no scuffs on the seating surfaces, so if you want to show it, you'll have nothing to be ashamed of, that's for sure! The gauges were obviously rebuilt, and include a correct tachometer with a 6500 RPM redline, suggesting that this is an L79 car. Overhead there's a white convertible top that's quite nice, while the carpets show almost no wear thanks to matching floor mats protecting them. There's a relatively rare telescoping steering column, an original AM radio in the center with its unusual vertical orientation, and there's nothing cooler than that bright chrome shifter for the 4-speed underneath.

This 'Vette carries a strong running 327 V8 under the hood. It's not the car's original engine, but the casting number 3959512 and CE on the stamp pad suggest it's a counter replacement block dated 1968, so you can drive it as much as you want without the kind of concern you'd have if it was the original. Rebuilt and finished in correct Chevy Orange with a chrome air cleaner and gorgeous cast aluminum valve covers, it isn't over-restored and doesn't outshine the rest of the car. Instead, the clever restorer was careful to keep the car's overall look and feel intact while renewing the parts that truly matter. There's a big Holley underneath, which preserves the engine's propensity for high-RPM blasts, as well as a correct Winters intake manifold. The 4-speed shifts with typical Muncie precision, and the four wheel disc brakes that became standard equipment just a year earlier give this car impressive stopping power. There's a rumbling exhaust system with polished tips, and the chassis is extremely clean if not detailed for shows. Refreshingly, this one also carries Rally wheels instead of fake knock-offs, as well as a set of fresh 205/75/15 whitewall radials.

If you've been dreaming of a C2 Corvette roadster, this one is an exceptionally nice choice that will appreciate as you enjoy it. Call today! 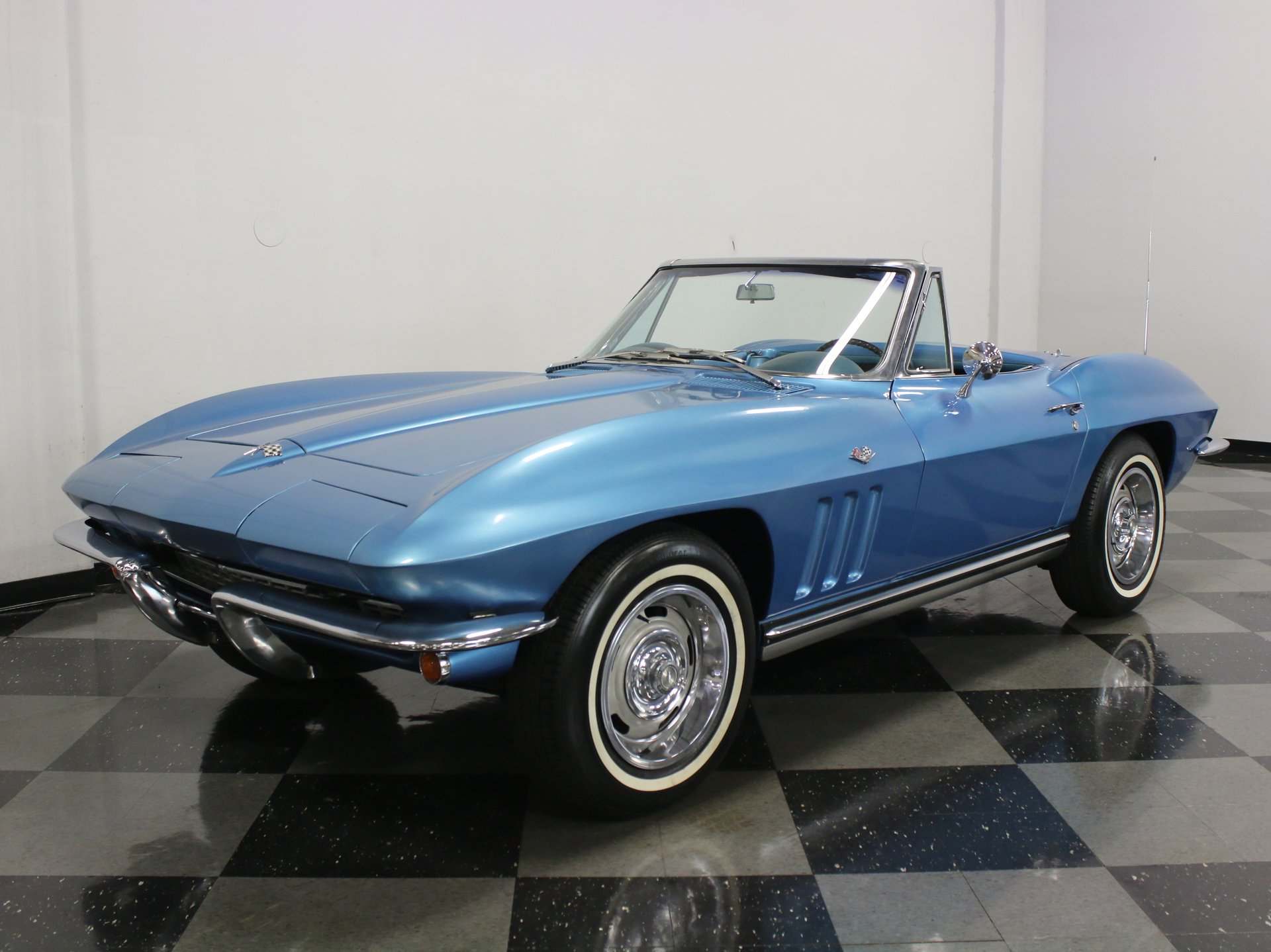