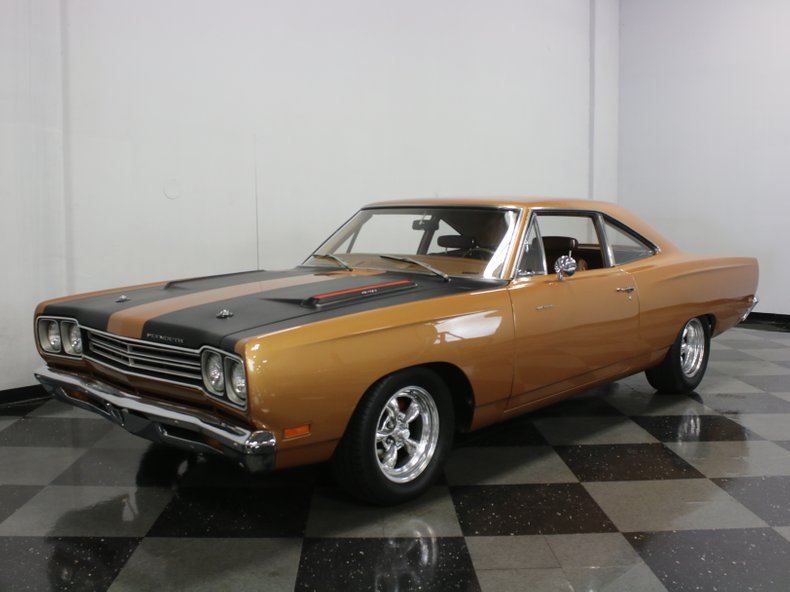 So it turns out that Plymouth really hit on a great thing with the Roadrunner. Build a lightweight, affordable muscle car with all the go-fast goodies and none of the pork and people would buy them by the truckload. But when they're done to the level of this 1969 Road Runner, complete with a burly 440 and a leather interior, Plymouth's inexpensive, affordable car takes on an entirely different personality.

Because these were inexpensive, fast cars, most of them were beaten to within an inch of their lives, then thrown away. But once in a while, you find one that had a good home and careful ownership, and then someone throws a ton of cash at it. This car is the result. This car is every bit as nice as it looks in photos, with spectacular bodywork and code T5 Bronze Fire paint that is so vibrant that you can almost hear it sizzling if you get close. Bronze Fire is this car's original color, and you don't see many of them, which is puzzling when the results are this amazing. The car absolutely GLOWS out in the sunlight. All the original Roadrunner graphics were duplicated, including the black hood stripes, and it's interesting to note that the dust trails that often run along the flanks of Roadrunners were optional, so they were left off for an ultra-clean look. All the chrome is freshly restored, the grille is nearly perfect, and the car's just so pretty now that I hope you're not afraid to crack the throttle now and again, because that's what this car lives for.

No frills was the Roadrunner's mantra, but the guy who spent thousands of dollars on the interior didn't seem to get the memo. That's a rare split bench seat with a center "buddy" seat, now finished in handsome saddle-colored leather that looks insanely expensive. The seat is also power-actuated, which is a rare find all by itself, and you already know we love the 4-speed Hurst shifter just jutting out of the transmission tunnel like that. You got a basic dashboard with a full array of gauges, and this one also carries the optional tachometer tucked into the gauge cluster. A/C was added, but it's so well hidden that you almost don't notice it, and the radio is incredibly clever, using factory-style thumb wheels, it offers AM/FM/iPod/Bluetooth capability. Nice, right? Finally, the trunk is finished with matching carpets and custom side panels, along with a slick cover for the full-sized spare.

The standard engine in the Roadrunner was a 383 cubic inch big block, but this one has since been upgraded to a thundering 440 cubic inch mill. Freshly rebuilt and heavily fortified with power-adding hardware, it grunts out big horsepower and enough torque to incinerate the tires at almost any speed. It's beautifully detailed with Hemi Orange paint on the block, a correct air cleaner, and a few chrome dress-up items just for good measure. There's also a custom serpentine belt drive system on the front of the block which cost $4,000 all by itself, so you know nobody was cutting corners here. Underneath, it's clean but not over-restored (remember what I said about being afraid to drive it?), offering a Flowmaster exhaust system, stock suspension and brakes, and those cool Torque Thrust wheels with staggered 225/60/15 front and 245/60/15 BFG radials.

The Roadrunner still offers a ton of fun for the money, but this time you get big upgrades as part of the package. Call now! 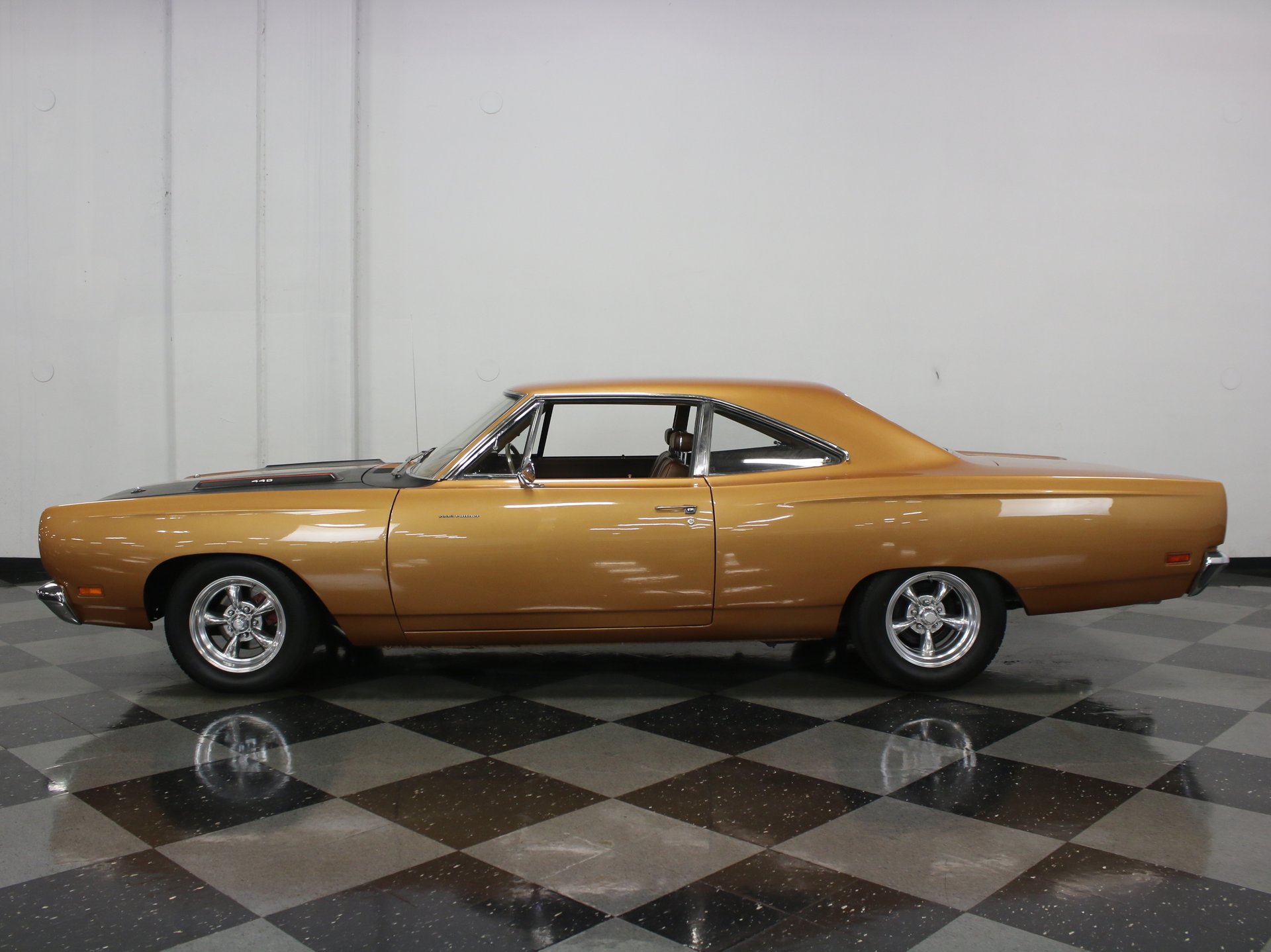