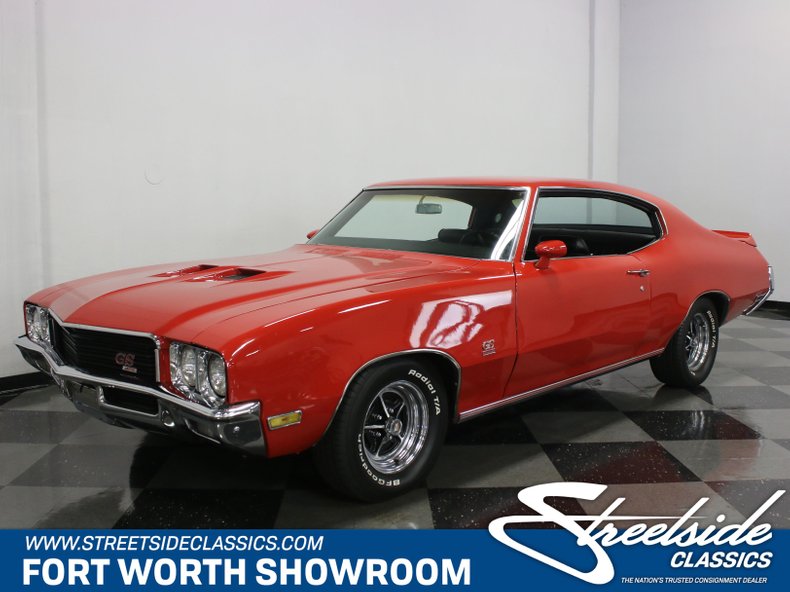 In 1971, the horsepower wars probably reached their peak and Buick was right there with the best of them. This 1971 Buick GS350 proves that not only was the horsepower there, but the style as well, because this bright red Buick has a performance look that leaves no question about its purpose.

Painted in its correct code 75 Fire Red, this is an unusual and rare Buick. The GS took the standard Skylark, which was already a handsome car, and put enough testosterone in it to grow hair on a bowling ball. The hood with functional ram air induction, a rear wing, and the rocker panel moldings with red stripes give it plenty of street cred. The body is very, very straight with good, clean lines and decent panel alignment, and it's kind of refreshing to see an aggressive GS Buick that isn't bright yellow. Two-stage urethane gives it that wet look shine that'll last for years and years, and you'll note that the reflections go deep, so a lot of time was invested in the final wet sand and buff. The GS also received a blacked-out grille and special badging to help it stand apart (as if it needed help in that regard). Most of the chrome on this car appears original and is in excellent shape, another indicator of just how nice this car really is.

Buick got the interiors right in the GS series, offering the sporty look that muscle cars demand and combining it with an upscale dose of luxury that is befitting of GM's top-of-the-line muscle car. The upholstery seems to have been recently freshened, with correct seat covers, door panels, and nice black carpets that all look quite fresh. Round gauges set into square recesses in the dash look mostly original with a little fading in the lenses, but vivid orange needles are easy to see and the tach looks almost new. As a Buick, it comes with important options like factory A/C (some of the system has been removed but it should be easy enough to put it right), power steering and brakes, and a 4-speed sticking out of the transmission tunnel. The original AM radio still lives in the dash, and it's probably due for an upgrade... or not, because this sucker's a blast to drive so you might not even need the music. The trunk shows what appears to be original spatter-finish paint, so you know it's in good shape, and it includes a correct mat and full-sized spare tire assembly.

Even the small block Buicks were a menace on the streets, and this one is a very strong runner. The engine bay is dominated by the big ram air vents, but underneath there's a Dante Red Buick 350, which has its own unique sound and a mountain of torque available. Although the work is now a few years old, the engine bay was well-detailed at the time and still shows quite nicely, and you can't argue with the way this car runs. Turn the key and it fires with a noteworthy Buick burble from the Flowmaster dual exhaust system. The aforementioned 4-speed is a great find in a luxury-oriented Buick and the rear axle is a rugged 10-bolt supported by original coils and new shocks with helper springs. The underside is likely all-original, too, so you can see clearly just how good a life this car has led. Buick Road wheels are some of the best looking rolling stock of the muscle car era, and these are fitted with big 225/70/14 front and 245/60/14 rear BFGoodrich T/A radials.

If you're ready for a grown-up muscle car, this Buick is waiting. Call today! 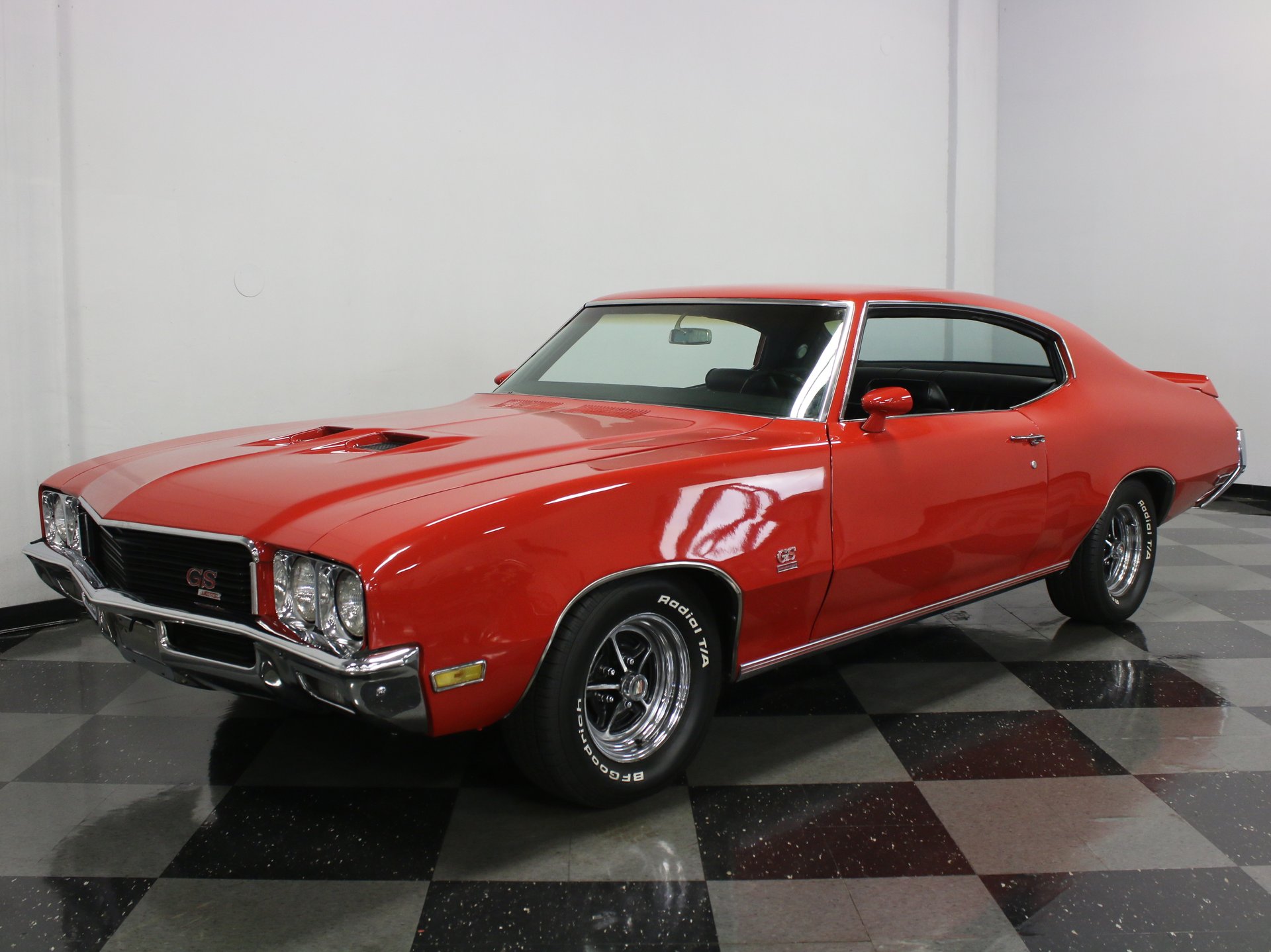