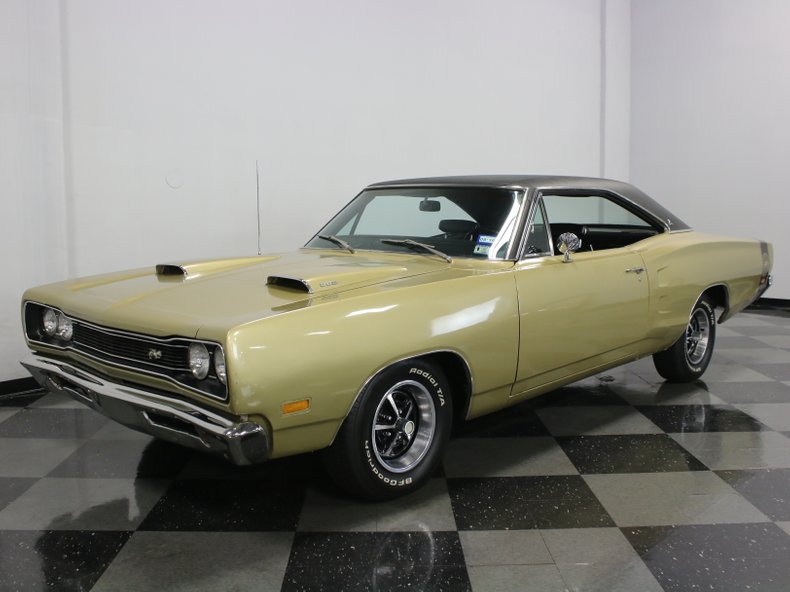 NUMBER'S MATCHING SUPERBEE WORTHY TO BE TAKEN TO THE NEXT LEVEL, DRIVES GREAT!

Everyone was building muscle cars in 1969, but Chrysler elevated their game to an entirely different level with cars like this 1969 Dodge Super Bee. Bargain-priced with a long, long list of options, they could be just about anything a buyer wanted (and could afford), and with a big block under the hood, there wasn't much else on the street that could hang with the big, bad 'Bee.

This is a car for the guy with vision. It's not a show car and it does need some TLC, but it's got a great pedigree with matching-numbers and a lot of originality. It's also priced right, so if you are willing to put in some sweat equity, this is a car with a ton of potential. The code Y4 Gold Metallic is the car's original color, and we love the subtle look it offers this piece of muscle. Sure, you could go with purple or orange like everyone else, but this is a car that keeps it under the radar. It has probably been painted at some point, but it has plenty of patina that could pass for originality, and there's an argument to be made for keeping it just the way it is. Sure, you could chase perfection but this car is so usable just the way it is, why bother? Add a set of correct bumble bee stripes around the tail and almost everyone will recognize this as something special on the street. Scoops on the hood were as much for looks as for performance, but that's what Chrysler did best in the '60s and it's part of why these cars are so popular today. The Super Bee was a bit more upscale than the Road Runner, with its shiny chrome bee emblems and on this car, the details like the bumpers, grille, and black vinyl top are in good shape.

The interior is equipped with a set of comfortable buckets that have a very authentic look. Headrests appeared in 1969 and Chrysler did them better than the others, so they look like they were always part of the design. These chairs are actually quite comfortable and supportive, and with the console and automatic transmission shifter between them, there's no question about this car's street cred. A full array of gauges look to be in excellent shape and the three-spoke steering wheel with horn ring nails the 1960s look. There's a tic-tock-tach in the dash and a factory AM/FM radio high in the center, so they resisted the urge to upgrade everything, which is smart on a car with such a strong pedigree. The cavernous trunk was big enough to haul your gear to the track on weekends, and this one carries a correct mat and fresh spare tire assembly with jack.

The matching-numbers 383 cubic inch V8 runs great thanks to a lot of detailing and a few simple upgrades. The giant air cleaner feeds a big 4-barrel carburetor and there's a new distributor up front to light it up. I like the way Hemi Orange engine paint looks against the gold engine bay and they stuck with a stock look that's very appealing, including the exhaust manifolds and little things like the hose clamps. Those manifolds feed a recent Flowmaster dual exhaust system, and the TorqueFlite 3-speed automatic transmission was just rebuilt, so it's ready to rock. Flashy Magnum 500 wheels look great against the handsome gold paint and wear 225/70/14 BFGoodrich white-letter radials.

This is a great-running car worthy of restoration, but that means you'd have to stop driving it. Hard decision, but this is an easy car to like. Call today! 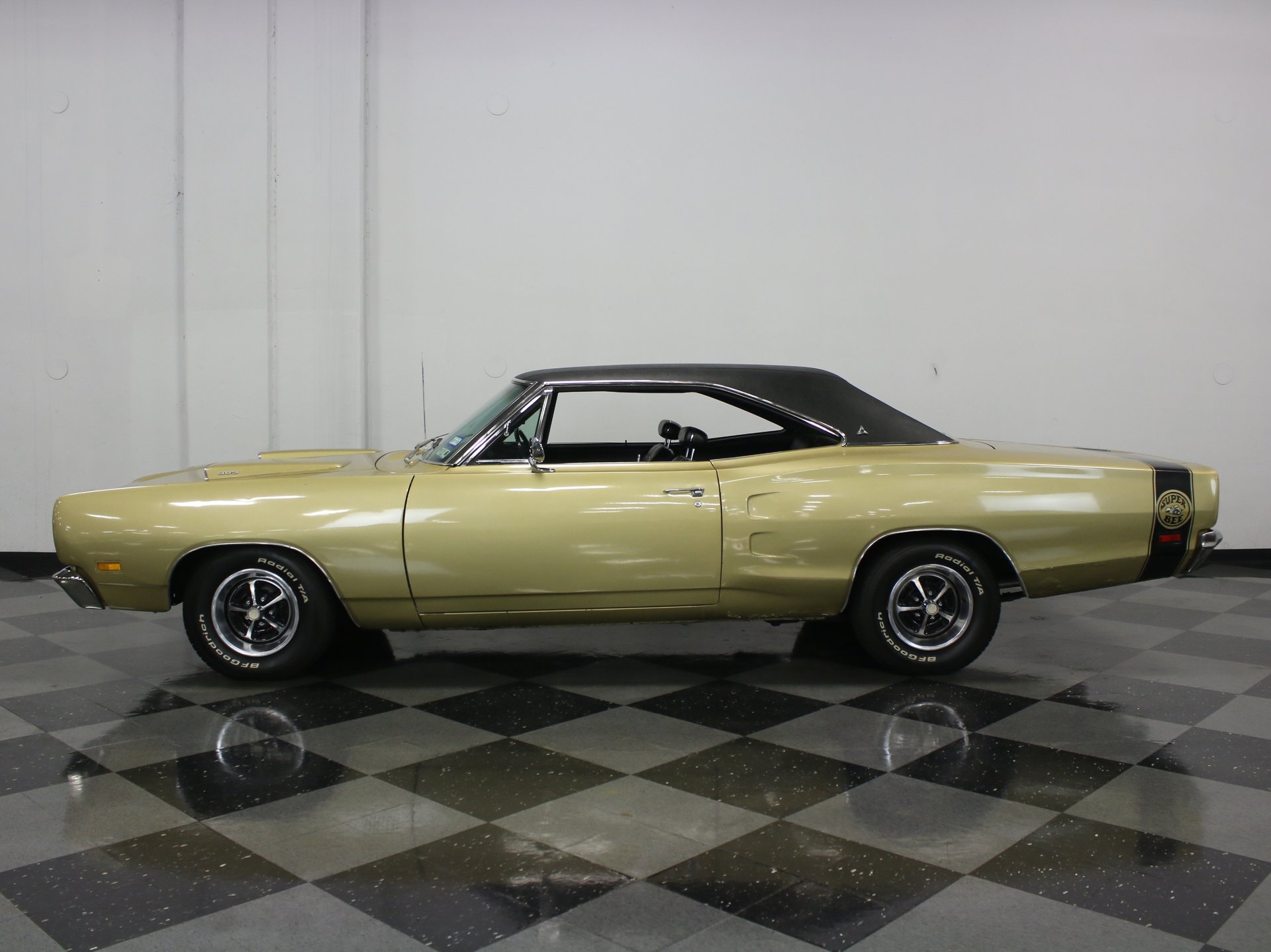