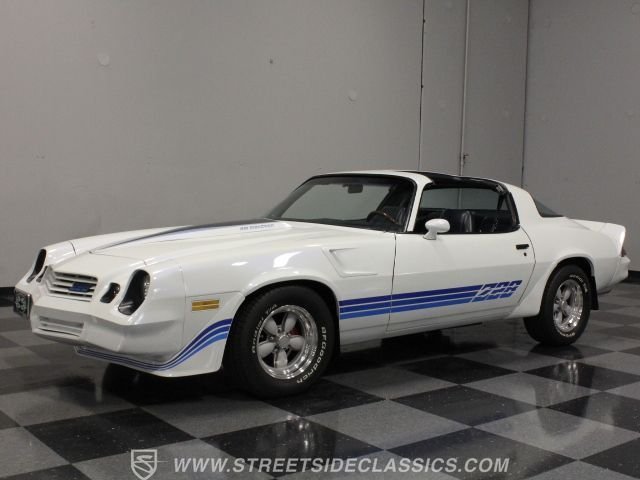 If you've yearned for the car of your childhood, like, say, a second-generation Camaro, but were worried that performance was a bit tepid, this gorgeous 1980 Camaro Z/28 is the answer. A built 350 and an overdrive transmission means it's ready to cruise, and the beautifully restored bodywork is ten times nicer than it should be at this price. Someone fell in love, built this car, and ignored the cost. It's seriously nice.

Sure, you say, you've seen white Z/28s before. But look again. That isn't factory paint over factory bodywork, that's a custom mix with some blue pearl added for effect, and our photos simply don't do it justice. You'll also note that the gaps are very good, especially around those massive doors, and that proper reproduction decals have been installed, giving it a factory look. The car has lived all its life down south, both in Florida and Georgia, so there has never been any rust or rot, and as far as these cars go, I don't know that I've seen a better one in the past 10 years. Heck, even the spoiler lines up evenly and the bumpers are blemish-free. This car is very impressive.

Inside there's a ton of new stuff, including seat covers, door panels, carpets, and all the glass except the T-tops, which are well-preserved originals. The color-matched dash remains in good condition, although the dash pad shows some minor cracking from living its life in the south. Upgrades include a big B&M shifter for the 700R4 4-speed automatic transmission, and a powerful AM/FM/CD stereo system with well-integrated door speakers and a pair of 6x9s on the package shelf. Other noteworthy options include power windows, a tilt wheel, and factory A/C, which has been upgraded to R134a refrigerant and blows ice cold today. Camaro experts will note that the 85 MPH speedometer has been replaced with a proper 130 MPH version, and with the upgrades this car has received, it's probably not a bad idea. Finally, the ultra-clean trunk sports a new mat and the original inflatable space-saver spare tire.

A GM ZZ4 crate motor was nestled into the Camaro's engine bay, and now cranks out an estimated 400 horsepower thanks to some smart upgrades. As I mentioned, someone threw away the budget for this build, and it features things like aluminum heads, a Vortec intake, and a Demon 650 CFM double-pumper carburetor. The engine bay was also beautified with chrome and billet pieces like the serpentine belt drive system, valve covers, and air cleaner, and you can tell that this car has always been spotless. Long-tube headers dump into a crossover and a true dual exhaust system, and out back there's a bulletproof Ford 9-inch rear with 3.55 gears and disc brakes. The original wheels have been powdercoated and are now fitted with fat 245/60/15 BFGoodrich radials.

It would be impossible to duplicate this car at twice the asking price, making this Camaro a screaming bargain. Call today! 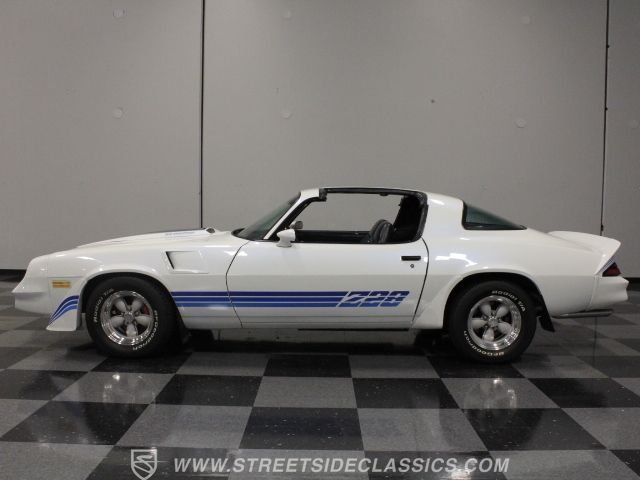