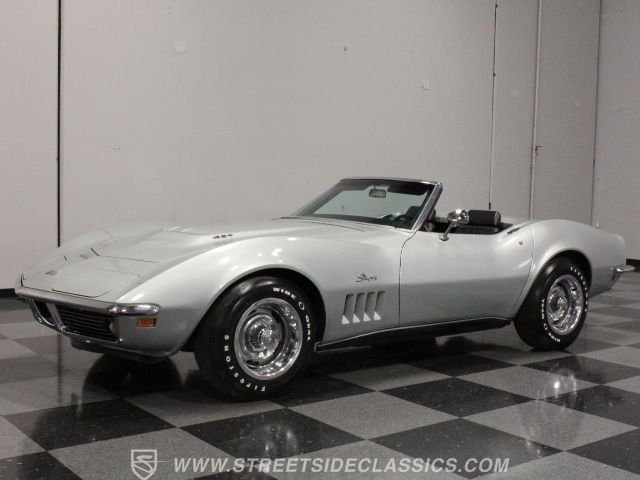 427. That's really all you need to know about this 1969 Corvette convertible. A sophisticated silver-over-black car that breathes fire thanks to a burly L68 under the hood, the second-rarest engine in 1969, second only to the mighty L88. Nicely restored years ago, this is the car that always gets all the attention at the cruise night.

This car was discovered and revived after 20 years of protected storage, and someone spent a ton of time getting it into top condition. It was surely refinished before it was stashed away, because it's just too nice to be original, and the way the paint and bodywork have held up over those two decades is a testament to the quality of the work. Cortez Silver is my personal favorite Corvette color, icy and aloof, it doesn't seem to care about the lesser cars around it and nobody expects a low-profile car like this to be so shockingly fast. Chrome bumpers make the early C3s look a little less heavy, and if you owned this car in 1969, you were well and truly The Man. A vented big block hood is a big tipoff to true Corvette fans, but if the guy next to you doesn't happen to notice the little '427' badge on the scoop, well, that's his problem. The paint has a great soft shine that's entirely appropriate on a vintage 'Vette so if you like silver, this one will surely look right to even a discerning eye.

With silver paint, the only proper interior choice is black, and the high-back buckets look quite authentic and while it's possible they're original, it's also equally likely that they were replaced before the car went into hibernation. Either way, they look right with just a little bit of patina that only seems to enhance the car's appeal. Open the door and it whispers to you that it's time to go out and look for a fight, and with a 4-speed shifter between the seats, even a commute to work is a blast. Bright, crisp gauges look fantastic tucked into the black dash, and the steering wheel looks almost new, so the car was certainly stored right. An AM/FM stereo radio is one of the lone options, but with that entertaining lump of cast iron up front, who's complaining? A black convertible top is there for emergencies and is in good shape, although it's one of the few pieces on the car that is starting to show its age.

OK, enough about the other stuff, what about that L68 427? It's actually a factory replacement block, installed under warranty sometime in 1970, so it's as correct as you can get without being matching-numbers. Rated at 400 horsepower, it inhales through three Holley 2-barrel carbs living under that triangular air cleaner, so opening the hood is a real event. Chrome valve covers are a big block tradition, and in a shocking turn of events, this car still carries an original emissions control setup, which was the first thing to go into the trash when new Corvette owners got their cars home. Backed by a 4-speed, the sucker cruises effortlessly and drops the hammer when you summon all six barrels of fury. A brand new exhaust system sounds about right for the period, and the underside is clean, but not detailed for show. Correct Rally wheels with F70-15 Firestones retain a vintage look that's exactly right.

Investment grade? Maybe not. But it is probably the most affordable 427/4-speed ragtop you're going to find anywhere, and with Tri-Power, it's definitely going to be the belle of almost any ball. Call today! 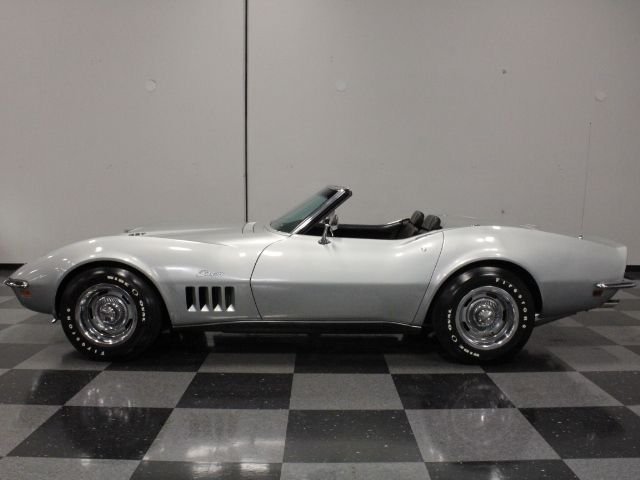