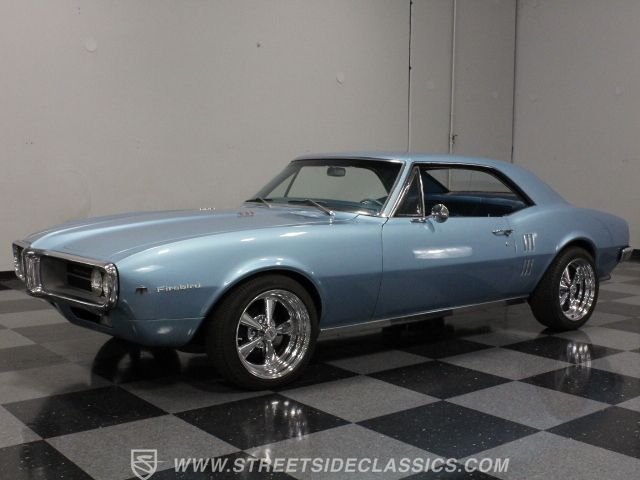 This neat little 1967 Pontiac Firebird hits a lot of high notes and should be a must-look for anyone with a yearning for an early F-body. Here are the highlights (hope you're sitting down): Numbers-matching, engine rebuilt in 2012, paint and interior done last March, factory A/C, lots of original paperwork, and it's insanely affordable. You should probably call now because this Firebird probably won't last until you've finished reading the rest.

The appeal of a clean, well-executed early F-body is hard to deny. Sure, the later cars with all the spoilers and stripes get more attention, but look at how slick this neat little hardtop looks. Thanks to a good life with a caring owner, it looks fantastic and the paint, which fairly accurately replicates the Montreaux Blue Pontiac was using at the time. Bodywork was easy because the car was straight, but that doesn't mean they just phoned it in. The gaps are pretty tidy, the hood lines up right, and without a rear spoiler, there's no place for shoddy panel fit to hide. There's a nice shine, too, which comes complements of two-stage urethane paint, which was applied in March of 2014. Good chrome and stainless, correct emblems, and no aftermarket add-ons give the car a quality look that doesn't resort to extroverted antics to attract attention.

While the car was apart getting fresh paint, they made the wise decision to freshen the interior as well. Correct reproduction seat covers, door panels, and carpets went in, and the bright blue passenger compartment looks quite bright and clean today. The Pontiacs went for the upscale buyer, so a center console looks right at home, as does the center stack with a woodgrain veneer. The original steering wheel might betray its age, but otherwise the interior is quite nice. The A/C was serviced not too long ago and the factory AM radio is still in the dash, which should tell you about the owner's dedication to keep it as it should be. Even the trunk was nicely finished with a reproduction mat and a spare tire with jack assembly.

Pontiac's 326 cubic inch small block V8 provides plenty of punch in the relatively lightweight Firebird and was fully rebuilt to stock specs about a year and a half ago. It's properly finished under the hood, albeit no longer detailed to show standards. However, the big air cleaner, Pontiac Turquoise engine enamel, and most of the hardware keeps it looking the way it's supposed to. It starts easily and runs extremely well, with a smart V8 cackle from the twin Flowmaster pipes out back. With a TH350 3-speed automatic transmission and stock rear end, it's a comfortable car in traffic or on the highway, particularly with the A/C cranking. The underside shows that it has never been abused and is covered in a pretty uniform coating of satin black paint, so it looks clean and tidy without making you worry about taking it for a drive. The only real modification is a set of 17-inch Cragar mags, which carry 215/45/17 front and 235/45/17 rear Goodyear rubber.

With documents like the original warranty card and owner's manual, this is an awesome driver with all the big stuff done and ready to enjoy. The look, the A/C, and the pedigree all come for free. Call today! 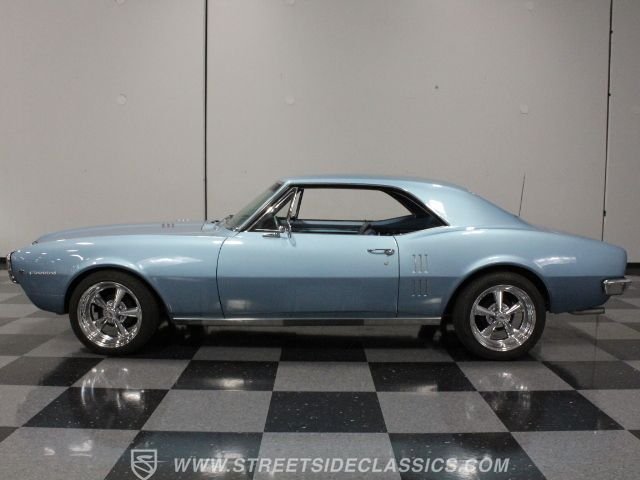