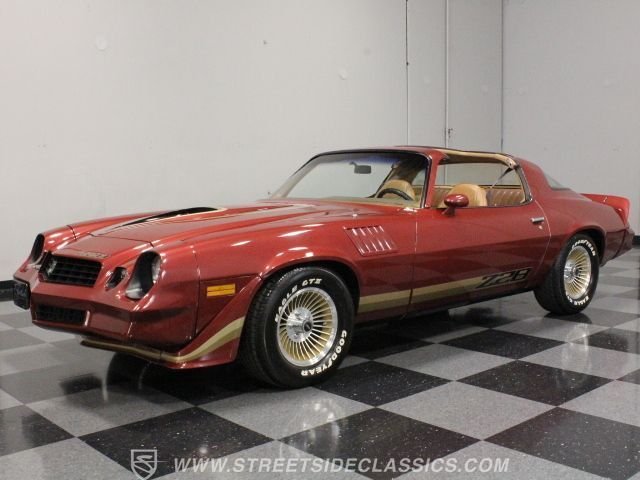 If you were going to save one car from the dark days of the late 1970s, it would have to be this gorgeous 1979 Chevrolet Camaro Z28. Awesome colors, a numbers-matching driveline with a 4-speed, and an undeniable retro performance look all add up to a red-hot collectable that's definitely worth owning today.

Unlike so many of its siblings, this stunning Camaro isn't brown or tan or beige or some other dull '70s earth tone. Instead, the bright Carmine Red Metallic finish gives it a very contemporary look that surely must have drawn a ton of attention back in 1979. Repainted perhaps 20 years ago, it has obviously lived the good life since then, with a fantastic gloss to the finish and plenty of evidence that it was a high-dollar job. Gaps are still quite good, the deep chin spoiler fits well, and even the ducktail spoiler out back probably fits better than it did when it was new. Other items like the urethane bumpers aren't cracked or checked, so you know it's been out of the sunlight and not bumped in a parking lot, and correct Z28 stripe decals were reinstalled and still look great. It's not perfect, of course, but if you're looking for a late second-generation Camaro, this is one of the nicest we've seen.

Contrasting with the burgundy paint, tan upholstery gives this Camaro an upscale, sophisticated look. Some of the equipment inside is new, including the carpets, sill plates, arm rests, and likely the front seat covers, but the rest of it is original and shows off excellent preservation and just a few signs of age. The instrument panel is covered in standard '70s woodgrain, but the complete set of instruments remind you that the Camaro Z28 was still a performance vehicle first and foremost. Even better, this one has a relatively rare 4-speed manual transmission in the center console, and running it through the gears is as much fun here as in a 1969 Camaro. The factor AM/FM stereo radio is still in the dash and we have every reason to believe that the 85,120 miles showing on the odometer are correct. T-tops are a big upgrade in a car like this, adding open-air motoring to its list of virtues and someone made sure the trunk was well-finished and included a correct space-saver spare.

The 350 cubic inch V8 has been recently detailed and freshened, and despite the period in which it was built, it still offers the kind of V8 punch that made the Camaro famous. Bright blue paint and a beautifully restored air cleaner assembly dominate the engine compartment, but you'll note that it remains quite stock, which is rather rare given that this is the most easily-modified engine on Earth. Correct hoses and tower clamps, a recent alternator, and plusses like power steering and brakes make this a car that you can pretty much drive anywhere, anytime. There's a new exhaust system that was given a protective black coating to help it disappear underneath the car, and the 10-bolt rear end offers 3.73 gears for rather impressive acceleration. Beautiful factory alloys are either incredibly well maintained or were expertly restored and carry 225/60/15 Goodyear Eagle radials.

Rare colors, a build sheet, matching-numbers, and a 4-speed make this Camaro a slam-dunk for the Camaro fan on a budget who still wants a significant car with a pedigree. Call today! 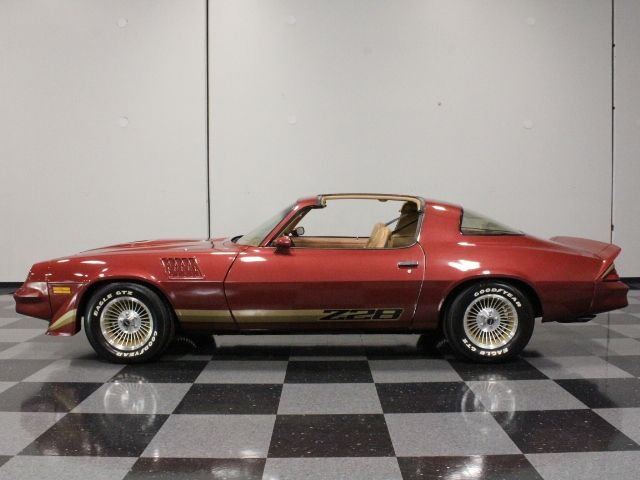