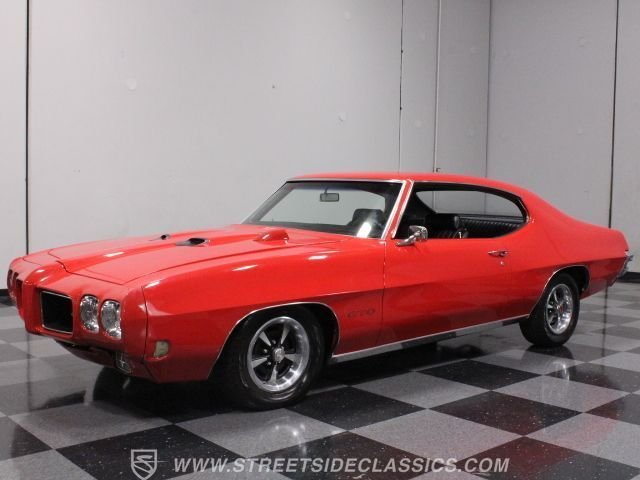 You already know by glancing at the price that this 1970 Pontiac GTO hardtop isn't a trailer queen. However, it is a real-deal GTO with a great-running 400 cubic inch Ram Air III engine, an awesome color combination, and tons of street presence. If you always thought Pontiac's greatest muscle car would always be out of your reach, guess again!

The shape is instantly recognizable, the urethane front bumper is one of the most famous of the era, and no other car of the period could quite match the swagger of Pontiac's GTO. Somehow they hit on just the right combination of horsepower, style, and comfort to resonate with buyers, and with an anything-goes attitude that got us cool features like the hood-mounted tach, this Goat has quite a bit to offer. The bright Cardinal Red paint is decent and is a great color for a car like this, and an enterprising hobbyist could give it a professional cut-and-buff to take it up a few notches, which I would consider money well spent. New quarters fit well and eliminate the issues that often plague these cars long after they're painted and the Endura-flex front bumper and grille surround remains in very good condition. Panel gaps are better than you'd expect at this price, and it's been fitted with the proper GTO emblems that are remarkably subtle for such an in-your-face performance car. The rear bumper and rocker molding is new, but the rest of the chrome and stainless is probably original, but it's in such good condition that it's easy to believe this car led a relatively easy life.

The black interior has had a fairly substantial and comprehensive makeover, including bucket seats and a console to provide the true GTO experience. The seat covers are in great shape and the carpets are recent, so it looks and feels fresh inside. Other things like the door panels and dash pad are quite likely original and in good order, nice enough that you don't have to consider replacing them. The factory gauges show a bit of age, but the engine-turned panel for the secondary controls is still bright and shiny and auxiliary gauges for the engine's vitals are mounted under the dash. A Retrosound AM/FM stereo head unit fits unobtrusively in the center of the dash. The trunk is sound, albeit unfinished, but reproduction mats are cheap and pay big dividends in terms of a finished look.

It's hard to argue with the performance of Pontiac's potent 400 cubic inch V8, which is force-fed cool air from the nostrils on the hood. Rebuilt a few years ago with an .040 overbore, HEI ignition system, and a factory intake, it's big on torque and runs superbly. There's nothing radical or unusual under the hood, although it's pretty hard to top the factory's work in the GTO's case. Detailed in Pontiac Turquoise with chrome accents, the engine bay is neat and tidy and pretty accurate, although it's forte isn't showing, it's driving. Backed by a TH400 3-speed automatic and a 12-bolt with 3.73s on a Posi limited-slip, it's every bit as quick as you'd hoped. A great sounding Flowmaster dual exhaust system was recently installed, and the list of new components includes the gas tank, fuel pump, lines, hoses, and a lot of other gear. Factory Rally II wheels are some of the best-looking of the period and carry 225/60/15 radials all around.

Is it perfect? No, of course not. But it's a great-looking GTO that runs circles around the clones and you just can't argue with the price. Call today! 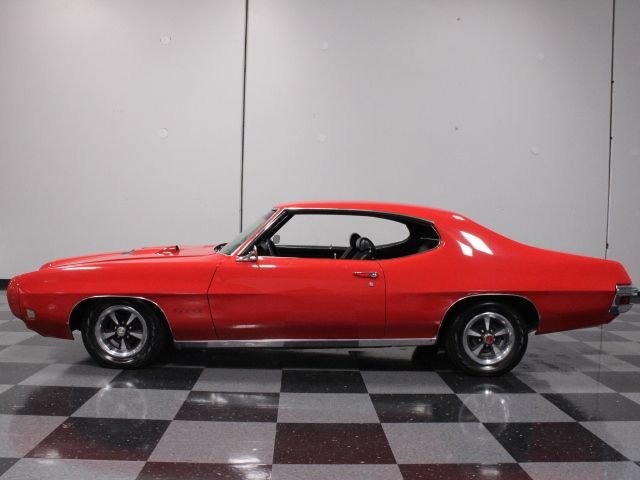