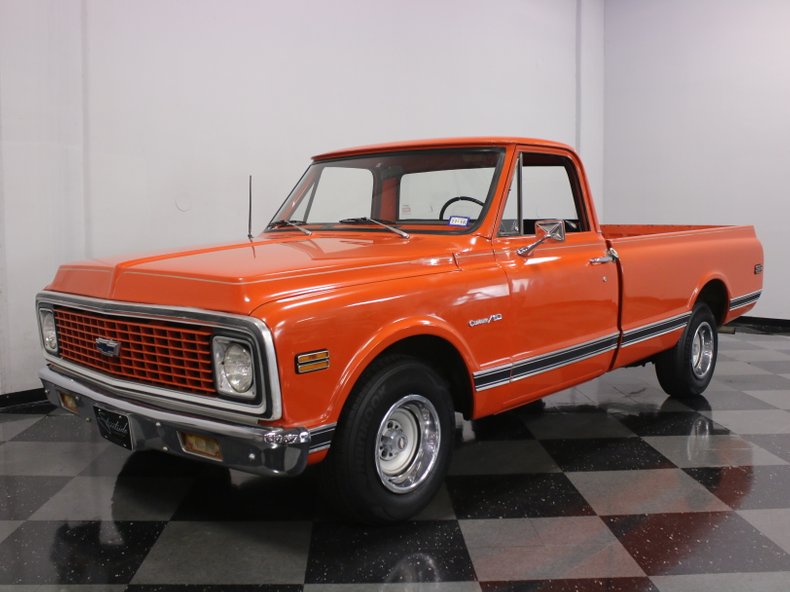 Good, clean honest trucks like this 1972 Chevrolet C10 are harder to find than you'd think. Most of them were used as trucks, and those that are still around are either major projects or high-end builds that look far nicer than they did when they were new. But sometimes you find one that's "just right," a truck like this that's ready to work and looks great doing it.

Yes, looking at the orange paint, it's pretty clear this truck had to work for a living until fairly recently. There are a few bumps and bruises and the bed has signs of use, but if you want one of these rugged haulers, this is about as affordable as they get. And it does have a great look, with a soft shine to the paint and nothing wears bright orange better than a Bowtie. It doesn't seem to have many deviations from stock, and while we're guessing it's an older repaint, it has the look of original paint, suggesting that it's always been well maintained. A gold pinstripe surrounds the whole truck and factory trim runs along the rockers so it looks well dressed for something designed to work hard. There's no bumper out back, but there is a neat roll pan and heavy-duty receiver hitch, and the color-matched grille up front looks great with the bright surround and chrome bumper. The bed is scuffed and used, but then again, it's good that someone else did it for you, because now you can use it as intended without worries.

Basic black is the right choice for the interior of an orange truck, and this one is definitely basic. Of course, they all were, and that's part of the charm. The vinyl bench seat is in good condition and firm enough to drive all day without getting grumpy. Black carpets help make it feel a bit dressed up inside and quiets things down when you're cruising. The gauges and steering wheel are original and showing a bit of age, but we still think this is one of the best-looking instrument panels ever put into a pickup. You also get a nice-shifting 4-speed manual transmission, which transforms this truck from able-bodied hauler to genuinely fun to drive. The factory-issued AM radio is still in the dash, and that's probably where we'd start with the upgrades, but it really doesn't need much to take it up a notch. Get in and go!

The engine is a 307 cubic inch V8, which provides plenty of power in the relatively lightweight C10, especially with a 4-speed behind it. The engine bay is clean but shows signs of having been used as intended, which means that it runs right and doesn't have major issues. There's Chevy Orange paint on the block, which probably isn't original but like the bodywork, it could pass for it. A correct air cleaner, a modes carburetor that delivers decent fuel economy, and a nice-sounding single exhaust that's pretty recent all mean that this is a truck that's designed to be used. It starts easily and idles well, and the 307 is torquey enough to make driving it fun. The 4-speed shifts nicely and there are reasonable gears out back, so it's quick enough for today's traffic. The undercarriage is definitely original, and while there's surface scale everywhere, there's no critical rot and it looks like most of the stuff is original, including the spiral shocks out back. Handsome Rally-style wheels look great and are fitted with new 235/75/15 blackwall radials.

A handsome truck that's still ready to work yet delivers more fun than expected, all at a very appealing price. Call today! 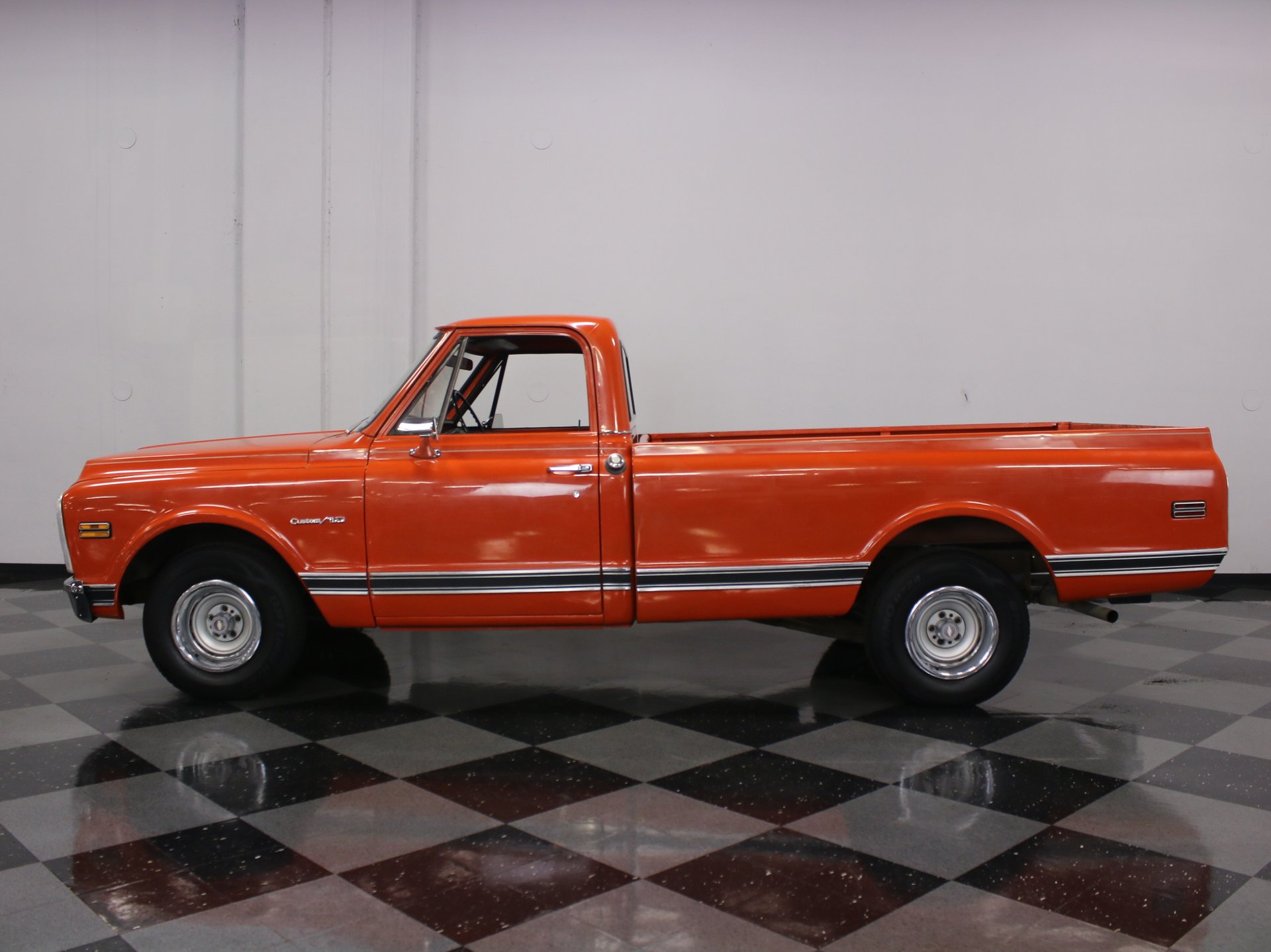