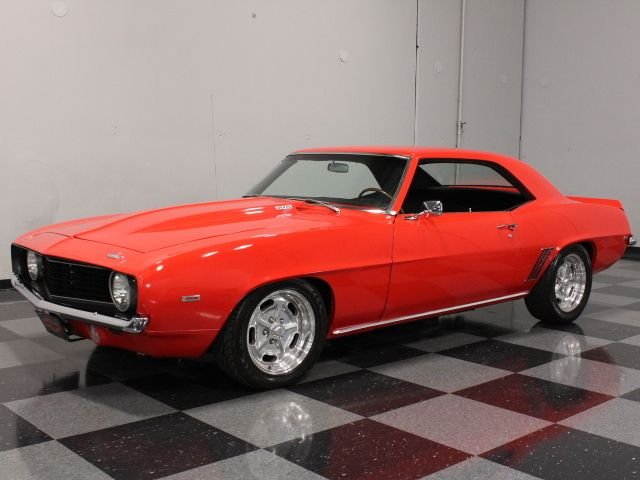 We have two questions for the guy who built this wicked 1969 Camaro: One, how did you fit a 502 / 500+ HP Ram-Jet big block under a stock cowl-induction hood, and two, how can you bear to part with this gorgeous car after all that work?

Yeah, it's outrageously red, so keeping a low profile is definitely out of the question. This car doesn't just grab people's attention, it puts on a spectacular show that has them oohing and aahing like the crowd at a July 4 fireworks display. The sheetmetal is laser straight and looks like it has been shrink-wrapped over the mechanicals, giving it a very lean, predatory look. Everything lines up right, which is especially critical on a '69 due to the creases coming off the fenders. It isn't trying for authenticity, so there are no SS stripes, but the paint practically sizzles on the steel and looks incredible. There's a blacked-out grille up front, but no RS hidden headlights, so it's all business all the time. The hood sports a subtle '502' badge and there's Camaro script in a few places, but it's obvious where the builder's priorities lie. Make a statement, and let that statement be horsepower.

The interior got a mild makeover, but pretty much sticks to the Camaro script. New black seat covers offer the correct pleats and there are new carpets on the floor, so it looks tidy. A woodgrained steering wheel was a popular option and always looks great inside these cars, and it frames a set of Auto Meter Ultra-Light instruments nestled into the original dash, for a quasi-custom look. There is a basic AM/FM/cassette stereo, which is made obsolete by the sound of the 502 under the hood, and goodies such as A/C, power brakes, front disc and a tilt wheel make it a car that can take you cross-country without complaints from the passengers. The trunk is clean and lined with sound-deadening materials, and you'll hear the difference inside.

The 502 Ram-Jet engine puts out 500+ HP and is the king of the hill in torque production, thanks to that massive long-runner intake. The trick is always how to get it under the hood, but the guys who built this one got it right, sitting the engine low enough to clear the hood and improve handling. A billet accessory drive system with serpentine belt dresses up the front of the big block, along with an aluminum radiator and a big electric fan. Long-tube headers, an H-pipe, and a pair of Flowmasters combine to make one of the greatest-sounding cars we've heard in months, and it has all been ceramic coated for long life. A custom oil pan surely helped get that engine so low, and a Borg-Warner T-10 4-speed channels power to a stout 12-bolt rear with 3.54 gears inside. Custom springs give it that crouching stance that looks perfect with the vintage F-body shape, and it wears 16-inch American Racing Salt Flat Special wheels, a contemporary spin on a great traditional look.

With receipts totaling tens of thousands of dollars on the build, this Camaro is the kind of car you can drive anywhere, and still expect to take home a trophy or two. Call today! 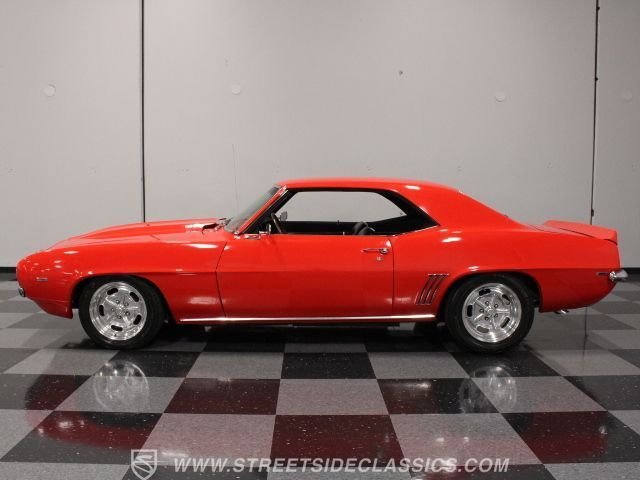