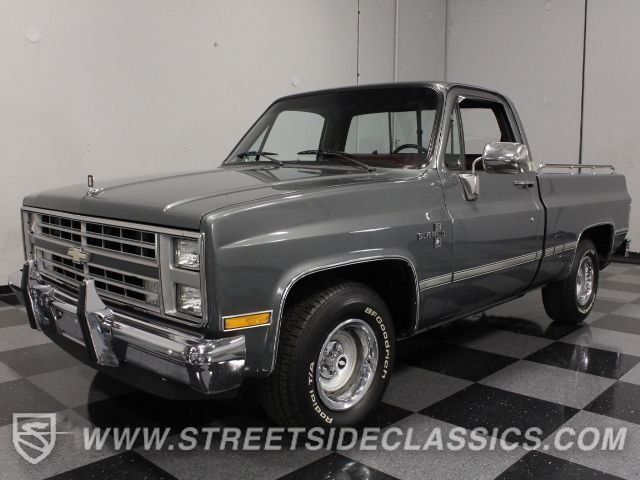 Are 1980s pickup trucks collectable now? Our recent sales success with pickups just like this 1987 Chevy Silverado says they are, and most of them weren't even this nice. With a great color combination, a huge list of brand new parts, and utility you can actually use, this is a great way to get V8 power and rear-wheel-drive in an affordable package.

Judging by the respray in beautiful Gunmetal Gray paint, this cool Silverado was obviously not some contractor's work truck. It was built at the dawn of our motoring obsession with giant trucks and was probably one of the early examples of using a full-sized pickup as a daily driver. As a result, it has super straight bodywork and probably never did more work than helping a buddy move on a Saturday afternoon. There is no evidence of major bodywork and after spending its life in the dry southern US, it's obviously not a rust bucket. The paint shines up well with that soft gloss, and there are plenty of signs that it has been regularly washed and waxed with care. Beautiful chrome bumpers, matching bed rails with woodgrained inserts, and upscale Silverado trim make this look far more substantial than its price tag would suggest. Just one glance in the bed will prove that this truck has had a very easy life, as there are barely any marks that would indicate it's ever done serious hauling.

The familiar dark red cloth upholstery was a GM favorite in the late-80s, and it looks exceptionally good inside the dark gray pickup cab. Also completely original, it has held up very well with only light signs of wear on the driver's side of the bench seat. Carpets, door panels, and the dash pad are all vintage 1987 and holding up equally well. The argument that this was a daily driver and not a work truck comes from the long list of options, including power windows and locks, factory A/C, cruise control, and an AM/FM/cassette stereo in the dash. The A/C system was completely overhauled in 2010, the power window and lock switches were replaced, and lots of little detail items have been serviced in the not-too-distant past, so it all works like it should. There's also a sliding rear window for days when the weather isn't hot enough for A/C and a set of color-matched floor mats protect the carpets.

The engine is Chevy's nearly indestructible 350 cubic inch V8, which has also been recently and extensively serviced. Aside from a chrome air cleaner lid, it's quite stock under the hood, which means its starts easily, idles properly, and runs superbly. Some of the new equipment includes fuel injectors, power steering pump, EGR solenoid, throttle body, and a full tune-up, so it's ready to go immediately. It's backed by a 700R4 4-speed automatic overdrive transmission, which combined with dual gas tanks, gives this truck bladder-bursting range on the highway. New shocks all around, a fresh exhaust system, and new front-end parts make it feel like a much younger truck and the 235/70/15 BFGoodrich T/A radials it wears are less than 1000 miles old.

Not many trucks this old are this well-preserved, and someone has invested pretty heavily in keeping it in top condition. Hobby vehicle, daily driver, or work truck, this is a heck of a lot of Chevy for not a lot of cash. Call today! 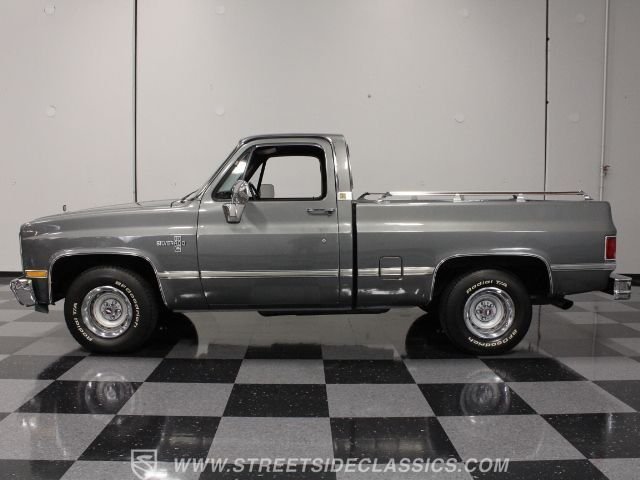