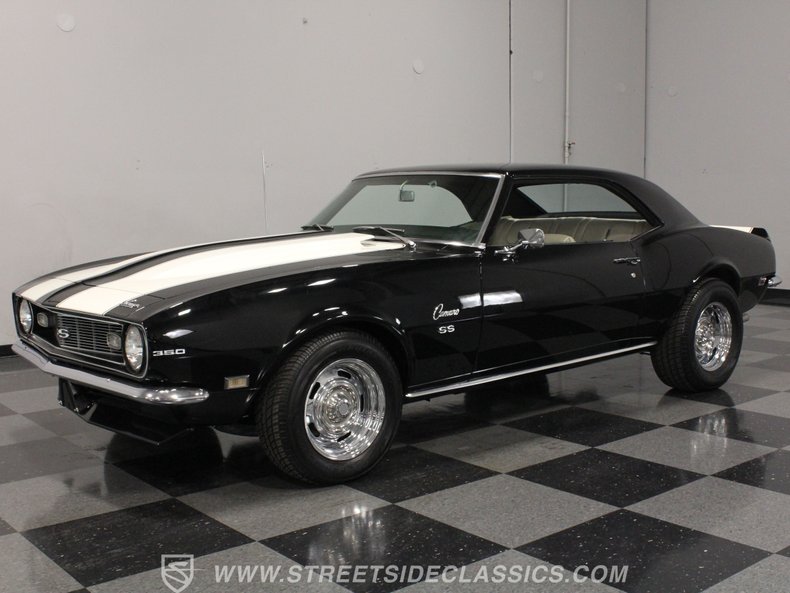 There's definitely an elusive combination that makes some cars great and leaves other cars wanting. This 1968 Camaro nails it, ranging from a great color combination to a sweet-running small block with a manual gearbox attached to it, to niceties like factory A/C that make it a pleasure to drive. Nothing exotic, just solid fundamentals that make for a first-class machine.

Early F-bodies always look great in black, and this slick SS tribute with its bold white stripes has a street fighter look that's made all the more exceptional with its high-quality shine. There's a long list of upgrades under the skin, but your first impression is of a car that's had a lot of time and effort invested in the final product. The doors fit neatly, the cowl induction hood sits flush, and the steel underneath is worthy of the glossy black finish. Two stage urethane gives it a shine so deep you feel like you can dip your fingers in it, and thanks to expert care since it was completed, it shows almost no signs of use. SS badges are practically standard equipment on any Camaro restoration these days, but this car also includes other correct elements like the two-element taillights, SS-logo gas cap, and, of course, the ducktail spoiler. It sure looks the part, right down to the shiny bumpers fore and aft which look quite good against the black paint job.

The white interior is a nice change from the usual basic black, and gives this Camaro a very different look once you're behind the wheel. Instead of feeling claustrophobic and cramped, it feels bright and airy, especially with deluxe buckets up front and a 4-speed sticking out of the floor, sans console. Camaro fans will be pleased to see that this is a factory A/C car, which imparts a certain deluxe feel that goes with the burled walnut applique on the center stack. Auxiliary gauges were mounted under the dash, along with a tachometer on the transmission tunnel, so the performance hardware stays out of sight when you're on the street. A Blaupunkt AM/FM/cassette stereo head unit is an older addition to the car that still sounds good, and the steering wheel is from a later model. Carpets, door panels, and the headliner are in similarly good condition and are correct replacements for the original equipment. The trunk carries a nice-fitting reproduction mat, space-saver spare, and a jack assembly, plus a car cover for storage.

The 350 cubic inch V8 is a familiar sight under the hoods of Camaros, but not many are as nicely detailed as this. The open-element air cleaner wears reproduction decals and Chevy Orange paint gives it a factory-style appearance. An Edelbrock Air-Gap intake and Holley 4-barrel double-pumper (rebuilt in February 2014) mean that throttle response is instant, and you can see that components like the brake booster and master cylinder are recent. Coated long-tube headers flow into a custom dual exhaust system with a crossover tube and chrome tips under the rear bumper, and the new system stands out against the all-black chassis. It also appears that much of the undercarriage has been freshened, including the heavy-duty 12-bolt rear end. Wheels are chrome Rallys, but these carry aggressively staggered 215/65/15 front and 275/60/15 rear radials.

Very nicely finished and powerful enough to need all that rubber, this slick '68 Camaro gets the details right to create a great cruiser for the upcoming season. Call today! 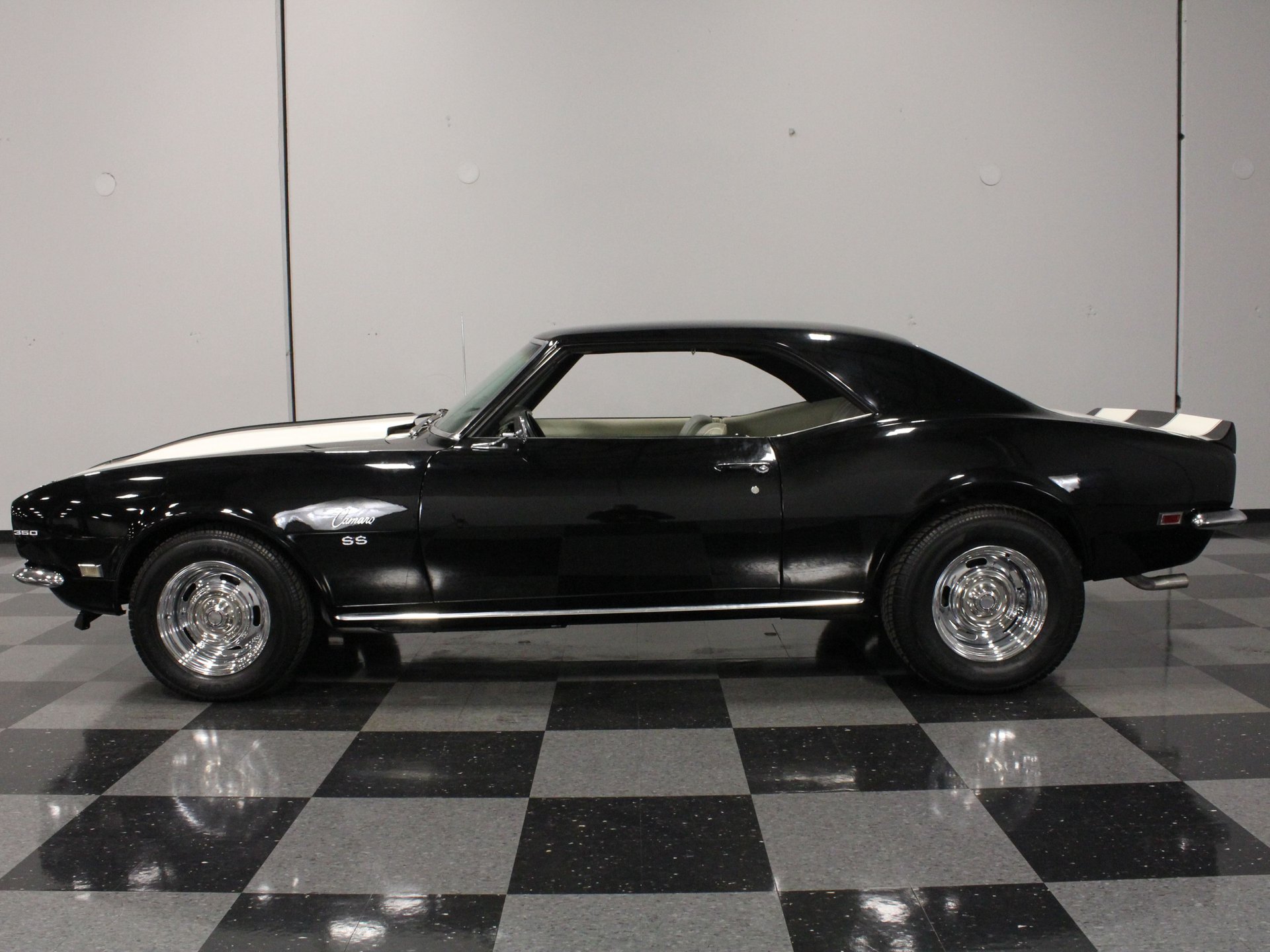