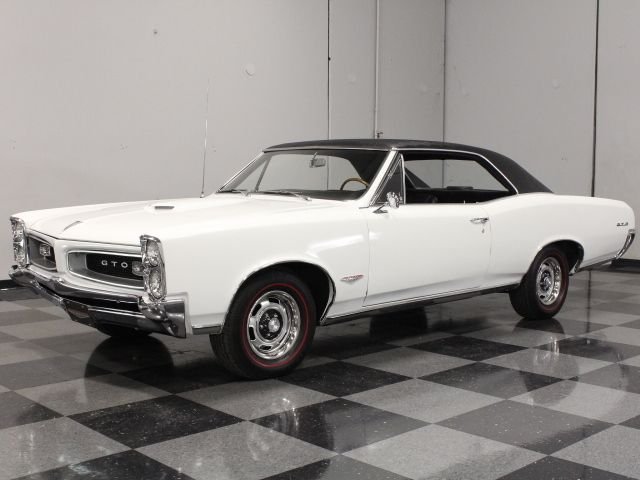 Pontiac GTOs have been blue-chip investments for more than three decades, but if you would rather drive and enjoy it, then perhaps this Tri-Power 1966 hardtop is a smarter choice. No, it's not a trailer queen, but a nicely rendered authentic GTO with all the right hardware where it counts.

This was the kind of no-nonsense GTO that car guys back in the '60s dreamed of. It's the foundation of Pontiac's performance image, and even today it deserves respect on the streets. Cameo Ivory (that's white to just about everyone else) is a great color for a sleeper like this GTO, and thanks to its status as an icon, it looks like most of its previous owners have taken pretty darned good care of it. Fit and finish are better than average, and while the paint job is older, the white paint shines up well and looks right on the almost 50-year-old Goat. Pontiac knew that performance, not flash, was what put Pontiac buyers in cars, so there are no stripes, wings, or other add-ons, and the only real performance-looking part on the whole car is the small hood scoop. Of course, guys in-the-know would spot the GTO badges a mile away and know this was something special, so they refinished all the chrome and trim, badges included, and put them back on the car when the paint was dry. A black vinyl top makes the perfect statement, too, adding a sporty look that keeps the GTO from seeming too plain.

Black buckets and a 4-speed on the floor were a big part of the GTO mystique, and this car definitely delivers. New seat covers, carpets, and dash pad give it an inviting look, and the door panels carry proper GTO badges, just as a little reminder that you're driving something special. A recent woodgrained steering wheel and matching dash applique are part of Pontiac's move to make the GTO feel more European, and with four round instrument pods, it certainly has a certain continental flair to it. However, that 4-speed Hurst shifter with cue ball knob is 100% American muscle and makes this car a genuine blast to drive. The AM/FM radio puts its signal through a pair of 6x9 speakers on the rear deck, just behind a back seat that looks virtually unused since the makeover. The GTO has a real-world trunk that'll carry just about anything, and it includes a proper mat and an ancient bias-ply spare tire that might be as old as the car itself.

But the real reason the GTO is legendary is the 400 cubic inch V8 under the hood, particularly in Tri-Power guise like this one. Rebuilt about 8000 miles ago, this is one of the best-running Tri-Power Goats we've ever had, recently tuned and running like it should. Turn the key and it starts, the idle is smooth, and when you crack open all six barrels, there's no other sound like it. The engine bay is nicely detailed with Pontiac Turquoise engine paint, proper chrome valve covers and air cleaners, and even tower hose clamps for authenticity. The 4-speed gearbox and 3.91 Posi rear end were rebuilt at the same time, and the Flowmaster dual exhaust system is fairly recent. Original wheels give it the right look, particularly with 225/70/14 redline radials in the fenders.

Documented with PHS paperwork, this is a real-deal GTO that's ready to go, which is really what it does best. Call today! 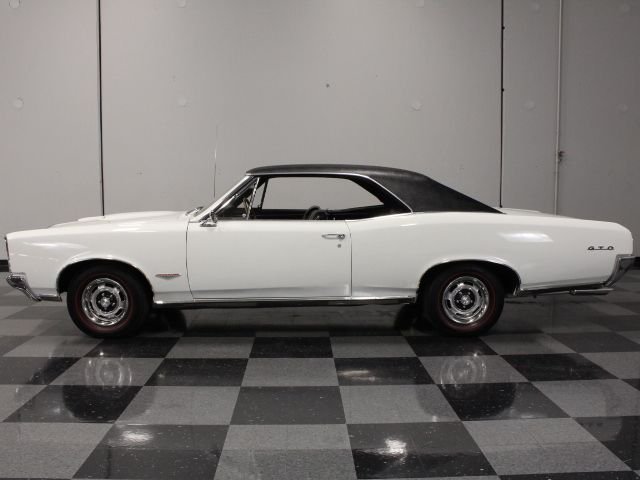