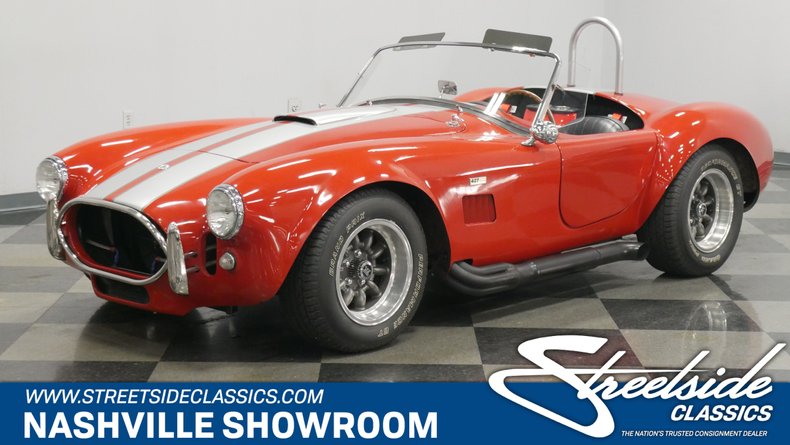 There are as many reasons for building a Shelby Cobra replica as there are companies offering them these days, but the pros who put this slick roadster together did it to end up with an insanely fun car with a strong V8 motor and 5-speed manual transmission. Fast and stylish, this 1965 Shelby Cobra replica is a whole lot of fun for a fraction of the cost of the real thing.

Sure, the body's fiberglass like nearly all the modern Cobra builds, but the proportions are familiar and instantly recognizable, and the guys at Unique Motorsports did a great job with the overall shape. A lot of Cobra kits take liberties with the original shape, either in the interest of interior space or aesthetics, but not this one. The finish quality is very good, and you can't really blame the guy for wanting it to be pretty, so the glossy red paint got a lot of extra prep. Red Cobras are less seen than the usual blue and silver units, but nobody will argue that the shape doesn't look like a million bucks here, and because it's been enjoyed for 4,650 miles since it was built, it's warmed up and any idiosyncrasies or growing pains it may have had have already been ironed out. No surprises here, this is just a very solid build that's begging to be driven. The doors fit snugly, the hood gaps are clean, and even the trunk closes tightly without a wiggle. Gray vinyl stripes, chrome jacking stubs and round bumpers fore and aft, blacked-out side pipes, and a roll bar behind the driver add to the race-ready vibe.

That same aggressive attitude was carried inside, where low-back vinyl buckets were fitted, along with the right style carpets and the simple door panels that characterized the basic early Cobras. Bright red Ralli Art seatbelt harnesses are a welcomed safety addition, and that steering wheel is a handsome three-spoke piece with a warm wood rim that looks right at home in the Cobra's cockpit. Vintage-style, black-faced Stewart Warner gauges have been fitted in the center of the dash with a tach and speedometer just ahead of the driver and just below them is a set of auxiliary switches for some of the accessories. No radio, no tacked-on A/C, no modern gauges, just a simple, clean interior that was what a Cobra buyer would have received in 1965. Even the trunk is finished in matching carpets and provides just enough room to carry all your car show goodies.

Horsepower is a non-issue thanks to a powerful 351 Cleveland V8 that belts out plenty of horsepower and torque. In a lightweight Cobra, performance is impressive and the sound pumping out of those side pipes is even better. Dressed in full Cobra regalia with finned Ford Racing valve covers and an oval Cobra air cleaner, the engine bay is purposeful and functional, with good service access. It looks quite fresh overall and there's plenty of evidence of having been driven, but also lovingly maintained. The engine springs to life easily thanks to a 4-barrel carburetor on a performance intake manifold, a Mallory ignition, and block-hugging headers that feed the thumping side-pipe exhaust. A Mustang II style front suspension with purpose-built A-arms and rack-and-pinion steering make it corner like it's on rails, while a robust Jaguar independent rear hangs out back. There are also substantial 4-wheel discs brakes installed on this Cobra, which is exactly the stopping power you want in a lightweight car with all this horsepower. 10-spoke Western wheels are a modern look that seems appropriate for this Cobra and the tires are right-sized at 235/60/15 white-letter radials at all four corners.

Cobra replicas remain just about the biggest bang for the buck in motoring, and with a lot of performance parts, a clean, classic look, and that 351 Cleveland away up front, this Cobra delivers 95% of the original experience for 5% of the price. Call today! 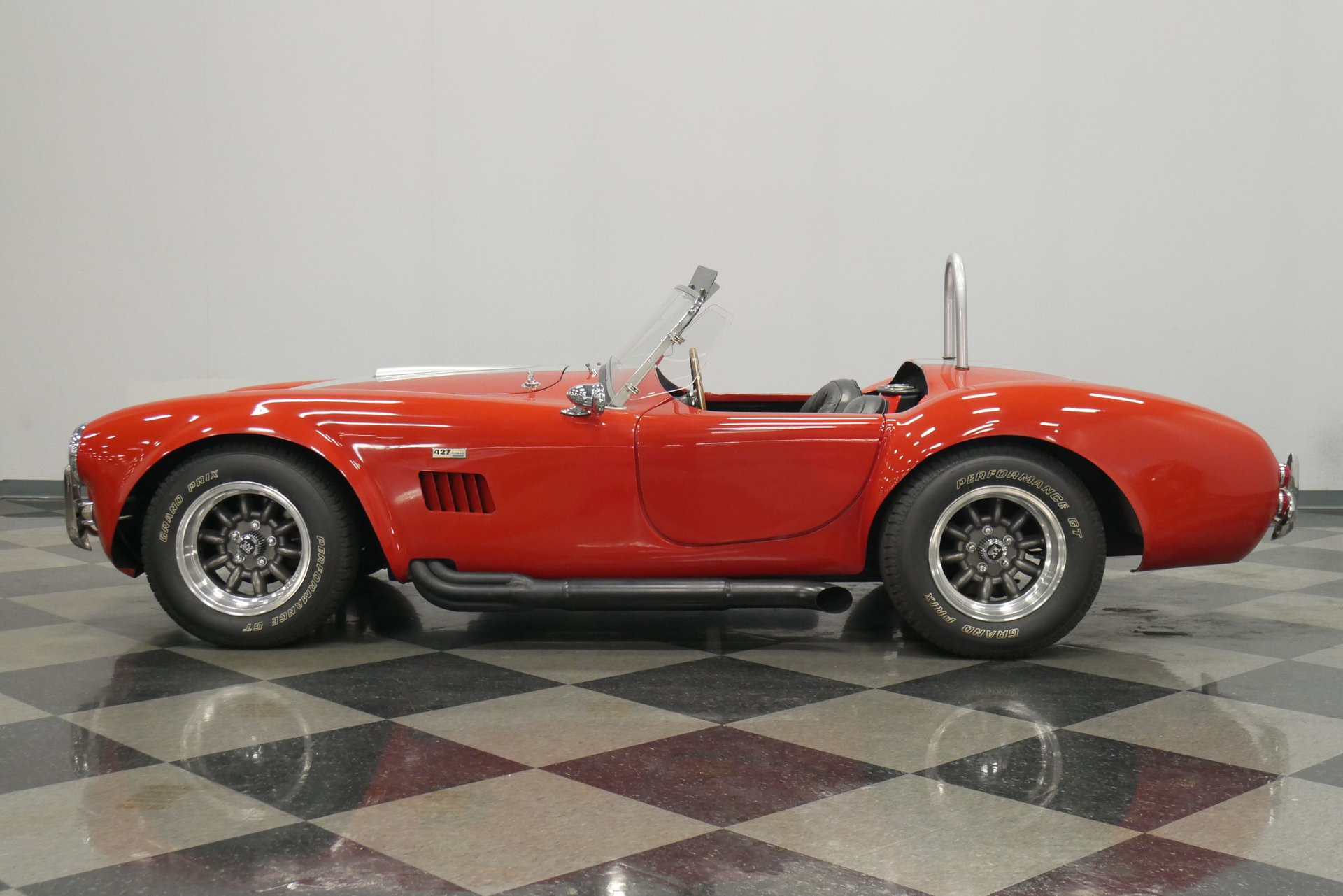