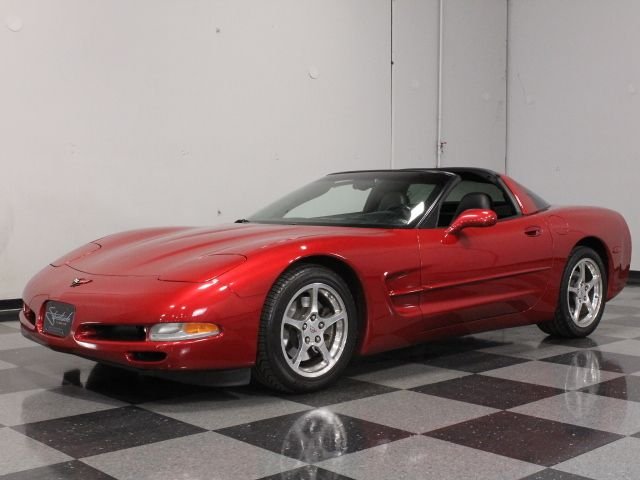 The C5 Corvette was a revolution, proving that performance and comfort could live happily inside the Corvette's fiberglass body. Today, cars like this 2004 Corvette are astoundingly affordable ways to get big performance for a little price. And hey, this one's gorgeous, too!

The color is called Magnetic Red, and when it hit the color charts in 1999, it quickly became one of the most popular choices. The reason is obvious: it's downright jaw-dropping in person, with a gold undertone that glows in the sun. Seriously, this might be the most attractive color GM ever pasted on a 'Vette. The C5's timeless shape is pure Corvette and while it broke new ground mechanically, it stuck to the styling that dates all the way back to 1968 with its long nose, hidden headlights, and fastback profile, and that's just the way Corvette fans like it. With just 46,399 original miles, this 'Vette has obviously been a toy car, not a daily driver, and given the way Corvette guys care about their hardware, it's almost a certainty that it's been washed and waxed regularly and never driven in inclement weather if it could be avoided. Equipped with the optional "stinger" side moldings and a tasteful set of chrome "CORVETTE" letters on the rear fascia, it's still one heck of a good-looking car. Add in some tinted windows to match the smoked roof and you have a car that manages to be both elegant and sinister at the same time.

The C5's interior is where the biggest strides were made. Maybe we take it for granted today, now that we're in the 7th generation of Corvettes, but stepping out of a C4 and into a C5 was a genuine experience. No more clamoring over high side sills, no more miniscule luggage compartment, and the ergonomics were dead-on. Incredibly, an automatic transmission was STANDARD on the Corvette for the first time, but this one has the far more desirable no-cost 6-speed manual, which is now topped by a white cue ball shifter as a nod to the past. You'll enjoy watching the gauges do their dance every time you key it up, and whether you're hitting the autocross course or cruising across the country, this Corvette excels. The leather remains in excellent shape, the carpets haven't been faded by the sun, and, well, if you're looking for a well-preserved C5, you can scarcely do better than this.

The LS1 was the second part of the C5 revolution. The all-aluminum V8 was lighter than the old LT1 and made considerably more power, all with a wonderful European exhaust note. That soundtrack is enhanced on this one with an aftermarket X-pipe and mufflers that make it a joy to run it up to redline in each gear just for the sound alone. The engine bay has a few dress-up pieces like the red intake hose that ties together with the bodywork, but for the most part it's pretty stock, which is exactly how you want your C5-no questionable modifications that would suggest it's been raced. Underneath it's quite clean, with no signs of foul play or winter weather, and even still wears Goodyear run-flat radials on those gorgeous polished forged aluminum wheels.

If you want a no-stories C5 in a fabulous color combination and loaded with options, this one is a great choice. At this price, however, it's almost irresistible. Call today! 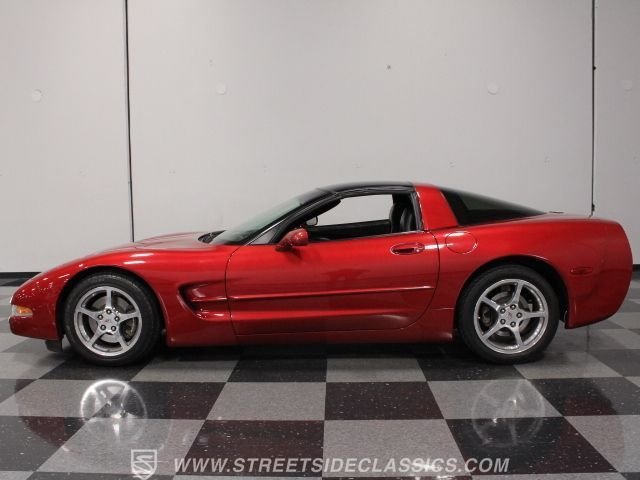