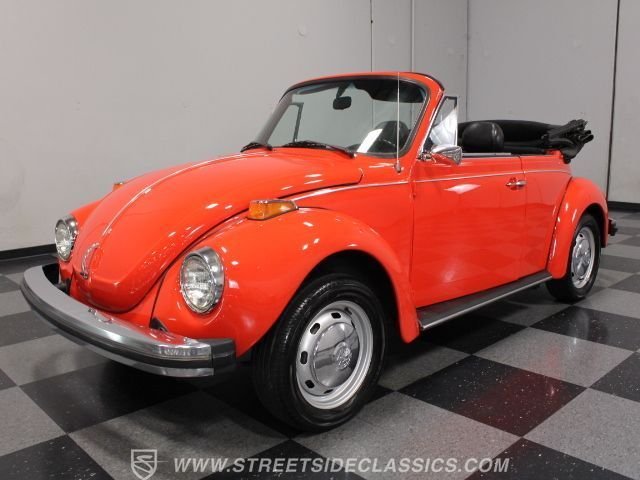 I know a lot of you are still stuck with the idea that VW Beetles are disposable, cheap cars, but the fact is, the good ones are all spoken for and all you're going to get on the cheap today is a project. So instead of spending all that time and money restoring a Beetle, why not take this 1977 Super Beetle convertible home instead? You couldn't duplicate it for the price and in a few years, it's going to seem like a bargain.

There's almost nothing that makes people smile more than a bright red Beetle. Folks of a certain age all have good memories of these brilliant little cars, and younger people find their novelty insanely appealing, making them a great choice for a starter hobby car. There's almost nothing else on Earth as instantly recognizable, and thanks to a recent paint job, this one looks better than average. No, it isn't a concours piece, but who wants a flawless Beetle, anyway? No, this is the one you can wash with your kids on Saturday morning then head out for a day of fun in the sun, all without worrying about bugs or foul weather. The doors open and close with a reassuringly solid feel and it feels tight going down the road. It hasn't been modified or altered from original specs, so the factory rubber running boards are still charmingly in place, the chrome bumpers are probably original but shine up nicely, and the big taillights are as distinctive as the car itself. You'll look great driving this one.

The black vinyl interior is made from that indestructible stuff that characterized Beetle upholstery throughout the '70s. The new seat covers fit well and duplicate the original patterns and materials, and the carpets look fresh. Matching door panels don't sag and aside from some very, very minor signs of age, the dash is in good shape. The Beetle is simplicity itself, with a single instrument pod that encompasses all the stuff you need to know: speed and fuel level. There's a newer AM/FM/CD stereo head unit in the dash, so you can bring your favorite songs with you on the road, and once you master the rather vague shifter, you'll find that driving a Beetle is effortless. There's a new black convertible top and fresh rubber gaskets throughout, so it actually seals up quite well, although if you're doing it right, you shouldn't need it.

VW's 1600 cc flat-four works as well here as it ever did, punching the Beetle around with a gleeful sound that's as happy as the Bug's appearance. A recent carburetor means that it runs well and there are no aftermarket modifications under the rear deck that would suggest anything other than a nicely maintained vintage Beetle. The underside is a bit grungy, but the pans are in good shape and there's a relatively recent exhaust system with a single tailpipe (which is all you really need). Classic VW steel wheels with chrome hubcaps and properly-sized radial tires complete the look.

Your choices for affordable top-down fun are getting smaller all the time, so if you're not yet a Beetle fan, this is a great place to start your love affair with the People's Car. Call today! 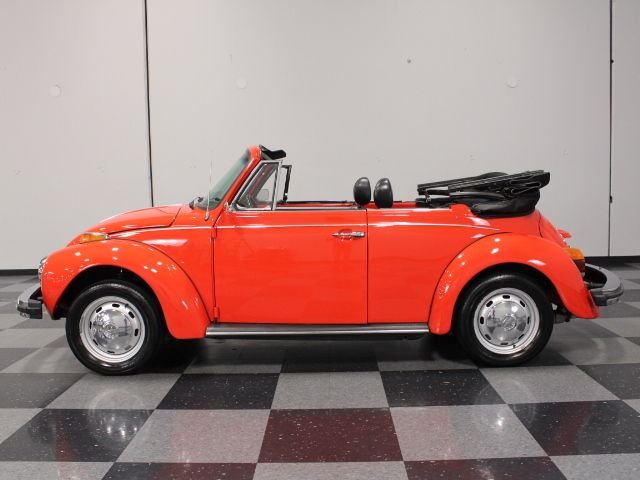