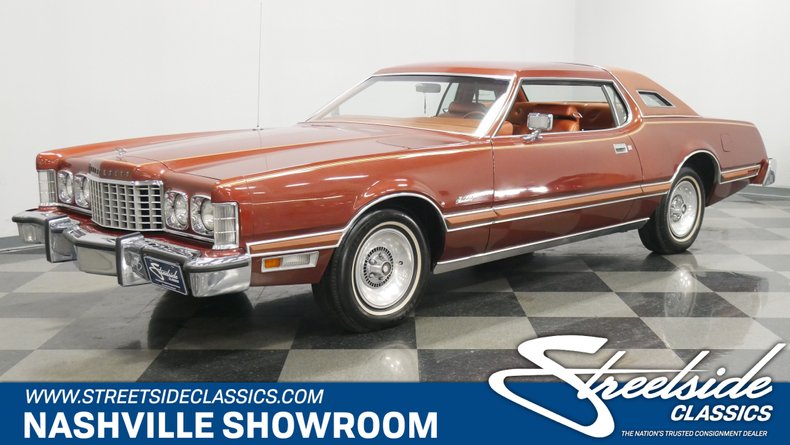 The 1975 Ford Thunderbird is quite a cool car. After all, the T-Bird celebrated its 20th anniversary with Lincoln-level luxury. And for a special few, there were color-keyed Luxury Groups to elevate the experience even higher. So to find a loaded Copper Luxury Group coupe with such low mileage and such great preservation means this one's desirability goes far beyond its value price.

The sixth-gen T-Bird is now one of a true legend. They were built alongside Lincoln's Mark IV, and so it received the same seductively long style as its ultra-luxury sibling. The Copper Starfire paint is part of the Copper Luxury Group special edition, and this shows all signs of being original to the car. And on a coupe that has barely averaged over 700 miles annually, it has the well-respected look of a car only used for special occasions. More than just the paint, this is a thoughtful total package. The pinstripe is a triple-color presentation that has coordinating tones with the paint. And it's used to highlight everything from the crease in the long hood, to the sporty kick-up at the rear fender. The textured side rub strips and vinyl half-roof also stand out against the paint while still harmonizing with the total look. So it has a well-done appearance of sophistication direct from Ford. That's especially important on a package that remains highly original, right down to the premium wheel covers.

While the exterior is distinct and premium, it has nothing on the interior. After all, when was the last time you saw copper leather? Low mileage means little seat time, and so this highly original presentation remains luxurious, right down to the button-top seating. You're instantly reminded of the Lincoln connection again by the plushness of everything, and how much room everyone has to spread out in this full-size coupe. But a car like this is also meant to be a personal luxury machine. That's why you have a fold-down armrest up front for bucket-like comfort whenever you want; your seat power adjusts to the ideal driving position; and the dash is oriented around you. It's an easy reach to the best features, like the factory air conditioning, classic AM/FM stereo w/8-track, power locks, and the cruise control buttons on the steering wheel. Plus, the power windows mean never having to leave the driver's seat to show off the hardtop profile.

Just like the rest of the car, the engine bay has a great look of originality, right down to factory markings and decals. So it's no surprise that this is believed to be the original motor. Ford's 460 cubic-inch V8 has a reputation for having the big torque to move this T-Bird with the kind of ease you expect in a luxury coupe. The four-barrel carburetor has an electric choke, and so this one fires up easily as it inhales deeply. It's the kind of car you're going find it hard to resist adding to the low mileage odometer. Plus, it has all the right cruiser features like a three-speed automatic transmission, power steering, and power brakes with discs up front.

The sale comes with nice documentation like the factory buildsheet and owner's manual. This is a special anniversary for the Thunderbird, and it's represented in a well-preserved total package. So if you love luxury, distinction, history, and value, you need to call today! 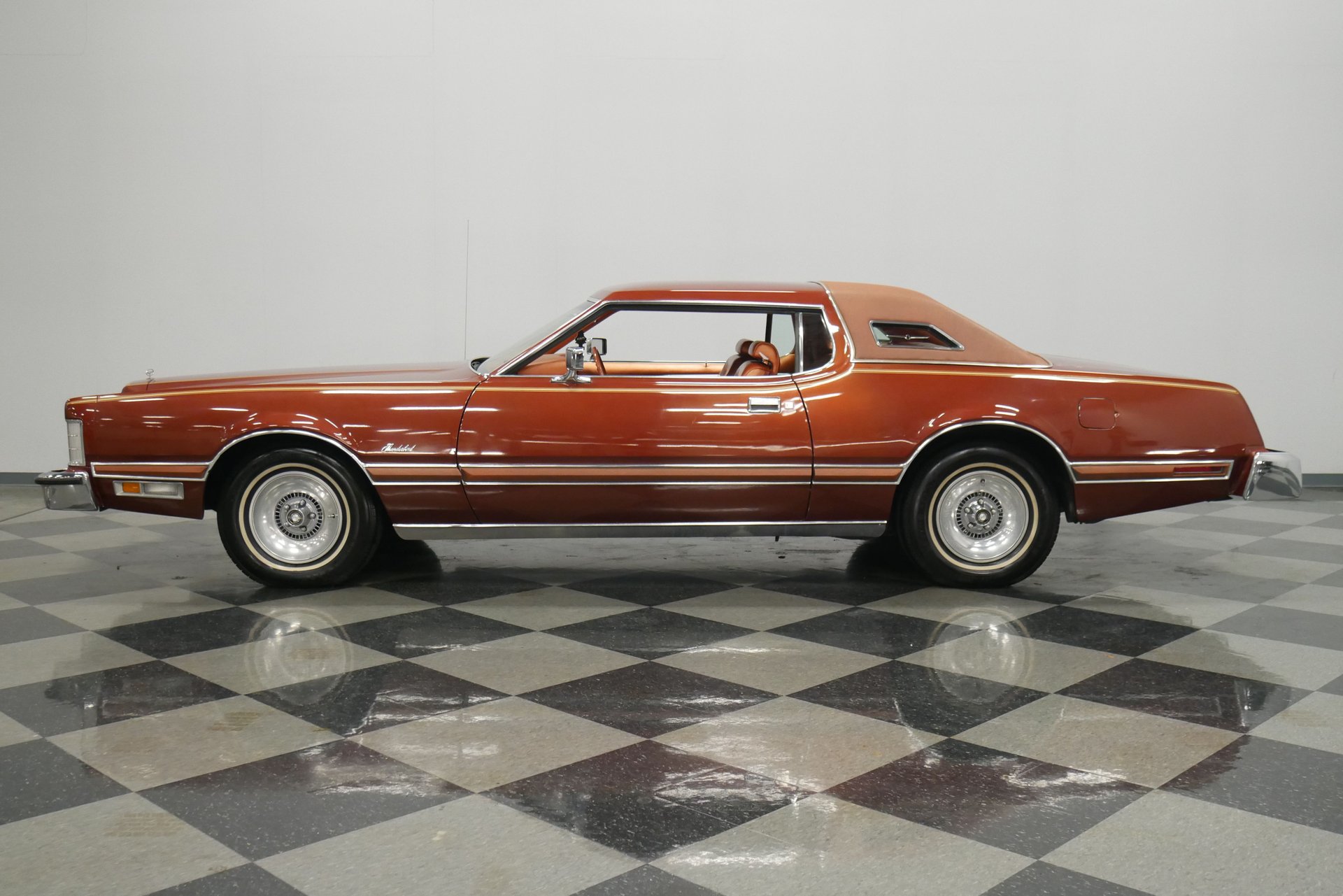