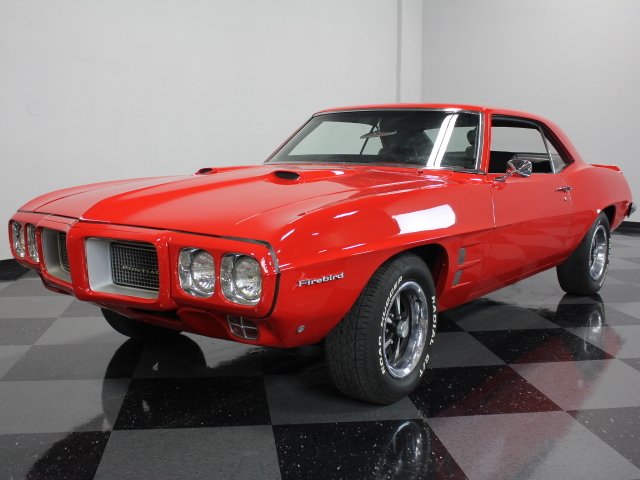 There's probably not a lot of crossover between Pontiac guys and Chevy guys, but if you're merely looking for an F-body, you'll be hard-pressed to find something nicer than this 1969 Firebird for the price. More unusual than a Camaro, and packing a 400-inch big block and an ultra-cool paddle shifter setup, how about treating yourself to a cool piece of vintage muscle with a few new tricks.

Vivid Guards Red will make this Firebird stand out in a big way anywhere it goes. The bodywork is laser-straight, and in 1969 at least, Pontiac was sticking with a minimum of addons to dress up their bodywork. The urethane nose gives it its distinctive look that would define Pontiac muscle for a generation, and a ducktail spoiler screams 1960s performance. Sure, the paint looks deep, rich, and impossibly shiny, but it can only look that good because the bodywork is straight-just check out the razor-sharp crease running along the flanks as proof. The Pontiac guys also have a few cool details that the Chevy guys didn't get, including the slick Firebird rear side marker lights, the twin-nostril hood, and side gills in the front fenders instead of the quarter panels. What little chrome Pontiac left is in excellent shape, including the rear bumper, which has a cool cutout for the license plate just below it.

The government mandated headrests in 1969, and the buckets in this Firebird have been fully reupholstered with fresh seat covers that show a lot of detail and an inviting look. The door panels are nice, too, matching the dash pad and fresh black carpets on the floor. The center console is original equipment, but the stock shifter for the TH400 is long gone, replaced by a pushbutton setup and a pair of paddle shifters on the steering column, framed by a custom leather-wrapped steering wheel. The system works quite well, with quick shifts from the transmission underneath and no loss of drivability. Above the console, the dash has been heavily modified with a custom Pioneer AM/FM/CD touch-screen entertainment system, and while the original gauges are in the dash, there are a set of ProSport gauges on the A-pillar, right where you can see them. The trunk is filled with a subwoofer enclosure, amplifier, and fresh Optima battery, all atop an original-style mat.

Underneath the hood you'll find one of Pontiac's bulletproof 400CI motors. It isn't radical, finished in Pontiac Turquoise with a few chrome dress-up pieces, as well as a Holley Street Dominator intake painted to match so it stays out of sight, and a matching 4-barrel carburetor up top. Inside, there's a performance camshaft that gives it a gnarly idle and a savage pull when the secondaries on the big carb open up. Long-tube headers cackle through a pair of stock-type mufflers that sound muscular, but not over-the top. 3.73 gears out back give it serious bit out of the hole, and it keeps a low-profile thanks to stock Pontiac Rally wheels with 235/60/15 white-letter radials.

Deceptively stock, seriously fast, and tons of fun, this Poncho is just the answer for the guy who needs some GM muscle and is looking for something that not everybody has. Call today! 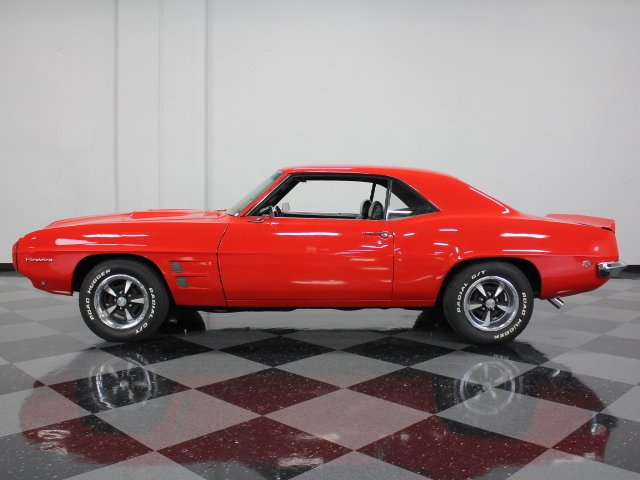