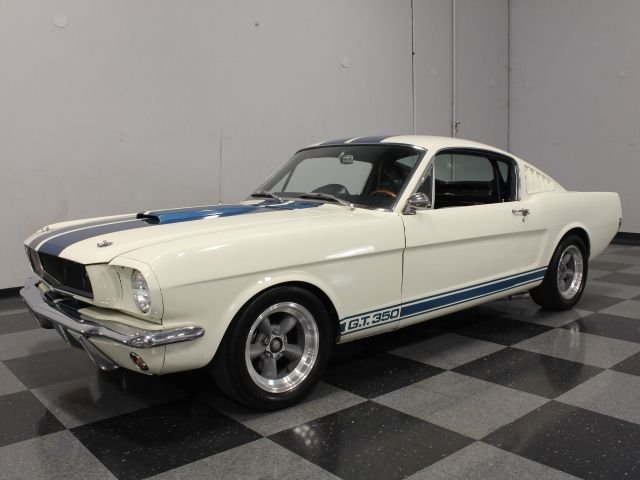 There's a reason Shelby Mustangs cost so much, and it's not the paint job. From the high-winding small block to the race-ready suspension, to the all-business interior, this 1965 GT350 tribute accurately re-creates that kind of excitement at a fraction of the price. Better yet, this incredible car uses authentic Shelby components sourced from Shelby GT350 #146 to take it beyond the garden-variety stripes and scoops Shelby replicas.

Ol' Shel wasn't building cars this beautiful out at his airport workshop, but the look is instantly familiar. Wimbledon White with blue stripes were colors to be feared on the track and on the street, and while it looks distinctive at a glance, the list of modifications is short: a fiberglass hood with a scoop and locking pins, a lightweight deck lid (one of those real pieces from #146), and a few well-placed Cobra and GT350 badges. Paint and bodywork were done a few years ago yet are holding up quite well, a tribute to the quality of the work. The Wimbledon White has the same warm glow as the original hue and the blue stripes have just enough metallic in them to make them glow. Proper GT350 stripes along the rockers were added, too, and the whole thing fits together quite well. Chrome bumpers were part of the deal on street-going GT350s, so they're on this car, too, and it looks fantastic.

The race-ready vibe continues inside where you'll find stock Mustang buckets augmented with race harnesses, a Shelby roll bar behind them, and a missing back seat to shave precious weight. Shelby's European influences are seen most strongly in the wood-rimmed steering wheel, which also happens to be beautiful to look at. The center gauge pod, including a genuine Shelby tach and oil pressure gauge from #146, is an ultra-rare package that makes this car worth the asking price almost by itself. A 4-speed shifter with cue ball knob is expected and fresh upholstery and carpets bring it up to the standards set by the bodywork. It has a few modern safety upgrades, including a fire extinguisher and master kill switch on the roll bar, although there's also a stock AM radio in the dash to take the edge off. The trunk area has obviously been modified like a GT350R, and carries the spare tire out in plain sight under the hatch glass. Cool, right?

The heart of the GT350 is the snarling 289 cubic inch V8 built by Ford to the tune of 306 horsepower for the GT350. In this car's case, the standard 4-barrel Holley has been ditched in favor of an authentic Weber setup from car #146 and there's simply nothing like the sound of all eight barrels opening up at full throttle and the bark of the side-exit exhaust. Correctly detailed, but again featuring some modern upgrades in the name of safety and reliability, the engine bay will make any Ford fan's heart beat a little faster. Those finned valve covers are authentic pieces, too, so it looks right. The 4-speed spins a properly detailed 9-inch rear with tame 2.73 gears on a limited slip, so it's still street-friendly. And what wheels could be more appropriate than a set of authentic Torque Thrusts, sans center caps for a race-ready look.

You could spend more on a mere tribute than we're asking for this incredible car, and you still wouldn't get all the authentic pieces this one carries. For the most accurate experience, this is the Shelby to own. Call today! 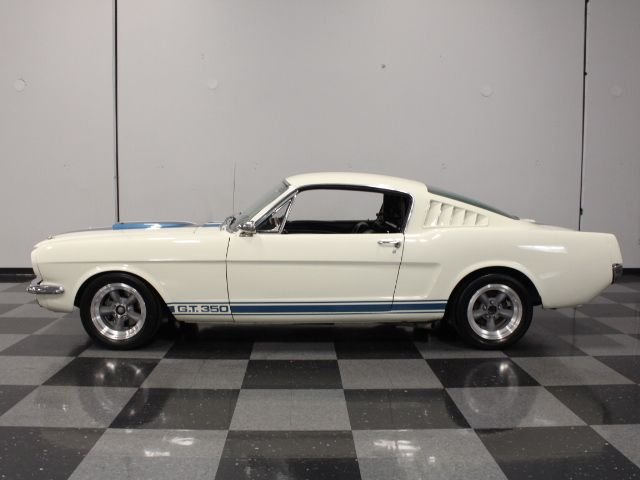