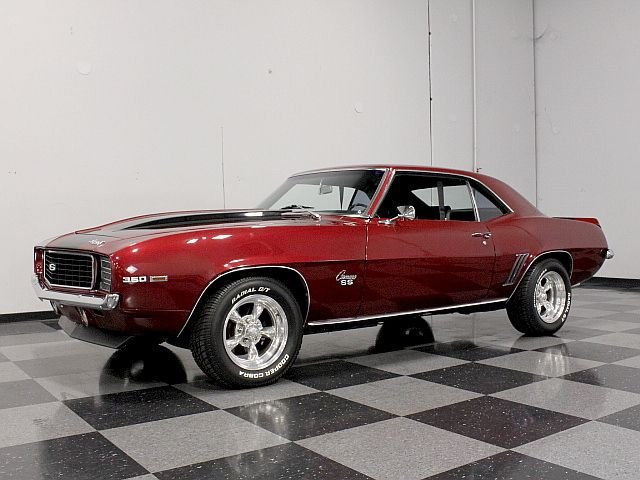 For many enthusiasts out there, the right car will always be an affordable first-gen Camaro with a cool color combination and a ton of recent work. This 1969 Camaro coupe is a handsome machine with its burgundy paint and black stripes, and underneath it has all the same Camaro hardware that makes these some of the most highly-sought muscle of the era.

Just when it seemed like every 1969 Camaro was going to have a huge price tag, a great driver like this comes along. You already know it's not a trailer queen, and no, it's not perfect, but it definitely has the right look. Although the paint is several years old, it was professionally finished, and despite a few signs of use and age, could still be driven for several more years before needing another makeover. But hey, if it was perfect, it wouldn't be priced in the mid 20's, so your gain! Also installed during the resto were classic Camaro styling bits like the cowl induction hood, the RS folding headlights, and a chin spoiler, so it looks fast just sitting still. The result is a nice F-body you that hits all the right notes. Basic black was used to re-create the SS stripes, and it was all buried under the clear so it has a seamless look. With that burgundy finish, the chrome really pops, including the bumpers, wheel well moldings, rocker moldings, and the door handles, not to mention a few SS badges and a discreet '350' emblem on each front fender.

The standard black bucket seat interior is anything but ordinary. With reproduction seat covers, correct door panels, and a very nice dash pad, the interior of this Camaro is a great place to spend some time. A woodgrained console and ultra-cool horseshoe shifter were added during the restoration, giving it a performance look that's also quite functional. All the original gauges remain in place, augmented by a trio of auxiliary gauges under the dash and a Sunpro tach on the steering column, right between the original instruments. A modern AM/FM/CD stereo head unit has been fitted in the dash and uses speakers in the door panels and on the rear package shelf to deliver the entertainment. The trunk is a bit scruffy, but it also has nothing to hide which is always a good thing in any vintage muscle car.

The 350 cubic inch V8 under the hood is actually quite a bit better than the original, featuring the usual upgrades like an aftermarket intake and carburetor. Nicely detailed with Chevy Orange paint, braided stainless steel hose covers, an open-element air cleaner, and finned valve covers, it's pretty much how you want your Camaro to look when you pull into the local cruise-in. Long-tube headers feed a fresh Flowmaster exhaust system that wraps around a brand new gas tank out back. Underneath, there's a bulletproof TH350 3-speed automatic transmission feeding a 10-bolt rear with a shiny chrome cover. It's all driver-grade underneath, but that's certainly not a bad thing when it comes to early Camaros. New 235/60/15 front and 255/60/15 rear Cooper white letter radials and shiny Torque Thrust style wheels round out a very appealing package.

Cool '69 Camaros don't have to cost a fortune, and this nice-looking hardtop is priced right for a car that's ready to enjoy now and can be upgraded later. Call today! 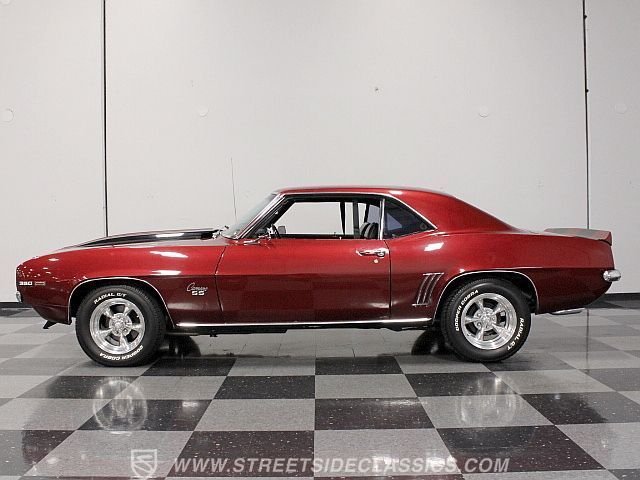