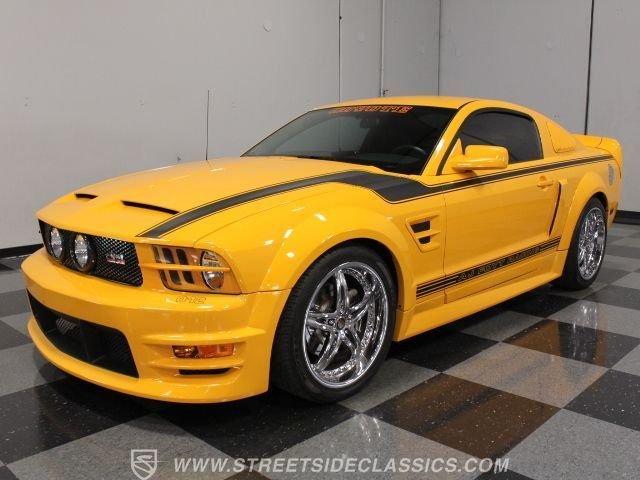 For those of you who like Mustangs, racing, or Grabber Orange, this 2007 A.J. Foyt Coyote special edition will surely light your fires. One of only 28 built and personally signed by Foyt himself, it's one of those special Mustangs that's as functional as it is beautiful.

Limited edition Mustangs are nothing new, but when a living legend like A.J. Foyt puts his considerable resume behind it, well, you know the results will be something special. Like Foyt himself, this Mustang seems to do everything well, with a balanced approach to performance that gives up none of the stock Mustang's user-friendly nature. The brilliant Grabber Orange paint is sure distinctive, but if there's any car that can wear it, it's a Mustang. The Coyote got its own ground effects package, front and rear bumpers, fender flares, side scoops, rear spoiler, and a special hood, plus about a dozen other little things that make it totally unique in the world of tuner Mustangs. Satin black stripes are a nice throwback to the '60s and Mustang's golden era, and there are numerous references to Foyt and Coyote throughout. As a show and demonstration car, it was maintained in top condition since it was finished, and there's probably no better way to draw a crowd than with a bright orange Mustang.

It's pretty hard to do much better than the factory's beautiful black leather interior, so the guys in charge of building these Coyotes only added details rather than reinventing the wheel. Black leather buckets are supportive enough for performance driving, but you can travel cross-country without getting bunched up, too. The seat backs are embroidered and there's A.J.'s signature on the dash for authenticity, and a special serialized dash plaque proves this is #12 of a limited edition (500 were planned, only 28 were built, making it quite exclusive indeed). Billet A/C and headlight knobs, custom 012 floor mats, and a trick bezel around the shifter handle give it a custom look that doesn't need to advertise. The rest of the Mustang's goodness remains undisturbed, complete with factory gauges, all the usual comfort and convenient features, and a gorgeous leather-wrapped steering wheel. Even the trunk gets its own custom mat, which looks like it's never been used.

The Coyote's 4.6 liter V8 engine received a host of upgrades designed to build power without sacrificing drivability. Obviously there's a lot of Hugger Orange paint in there, so you'll definitely want to park it with the hood open, but functional upgrades include special calibration for the engine management system, a special air intake, and a custom exhaust system that sounds spectacular. A few carbon fiber and billet aluminum pieces help dress it up even more, and there's more special badging under the hood, too. Underneath, big Stainless Steel Brake Corporation (SSBC) Tri-Power brakes give it impressive stopping abilities and the 5-speed automatic is hitched to a set of 4.10 gears, so acceleration is explosive at any speed. Crouching on shiny 20-inch F18 wheels and 255/40/20 front and 275/40/20 rear Toyo tires, it's the kind of car nobody wants to tangle with on the streets.

Sure, you could buy a garden-variety Shelby or Roush, but with the legendary A.J. Foyt behind the Coyote, this one has a legit pedigree that's just a little different from the other guys. Call today! 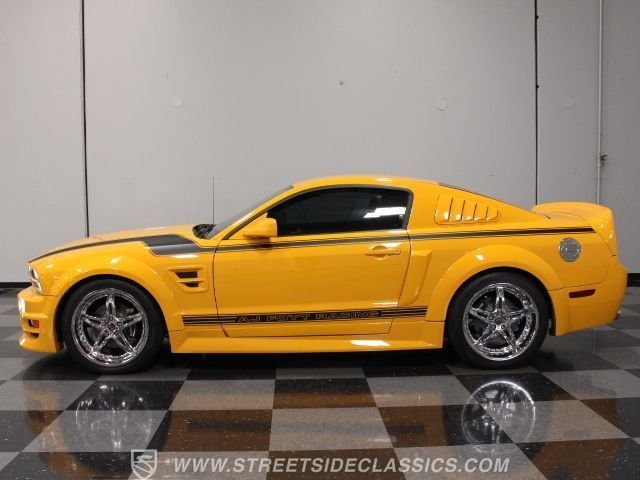