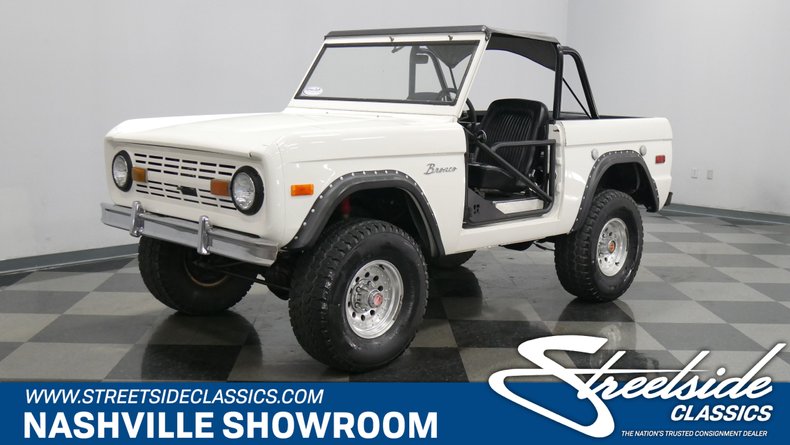 Having sold more of these early Broncos than just about any other dealer, we have a pretty good handle on what makes them so special. This 1975 Ford Bronco offers V8 power, an off-road-ready stance, and just the right patina to make it OK to take it into the dirt when you want to play.

The best Broncos stick to the factory recipe instead of going too hardcore. Modifications are a matter of taste, but just about everyone can agree that this 4x4 is a great-looking truck. You can't go wrong with white paint on something like this, since it's going to be high-visibility no matter what you do, and while the work is a few years old, you won't mind the attention it generates today. Good panel fit and a great shine to the paint don't seem to be hiding any nasty secrets underneath, although it's impossible to guarantee a truck like this hasn't had its share of fun off road. The lack of doors isn't a problem since the factory built something similar with the Sport Roadster, and it has an integrated roll cage to keep you in place, no worries. The black bikini top offers some nice contrast as well as some shelter from the sun, and the fender flares just look butch. Bumpers are just simple stampings with chrome plating, emphasizing the Bronco's no-nonsense attitude. It's just a nice truck!

The interior is basic, yes, but it does basic with lots of style. The factory bucket seats are clearly close relatives of those found in early Mustangs, and they've been reupholstered using reproduction seat covers for an authentic look, including the rear bench. The dash puts all the gauges in a single round pod to the left of the steering column, while the secondary controls are arrayed across the middle. That big center console houses a marine-grade stereo head unit and provides some locking storage. The shifter for the three-speed manual transmission is on the column, but second lever on the floor is, of course, for the 2-speed transfer case, and the combination of the fat steering wheel and quick reflexes make the Bronco easy to handle even in the suburban jungle.

The 302 cubic inch V8 offered in later Broncos like this is what should have been there all along. Torquey, smooth, and way fun to drive, it matches the Bronco's personality perfectly. It appears fairly stock under the hood, with a 2-barrel carburetor, heavy-duty air cleaner, simple painted valve covers, and even the original exhaust manifolds. It's a little dirty, but isn't that what you want from a truck built to play off-road? If you can tune a vintage Mustang, you can tune this Bronco and the bark from the exhaust makes it a lot of fun to run it through the gears, on road or off. The 3-speed shifts crisply and the heavy-duty axles never seem to mind the work off-roading. It's been lifted a bit to give it a slightly taller stance that allows plenty of room for those big 33x12.50-15 off-road tires on a set of aluminum wheels from a later Bronco.

Make no mistake, early Broncos are red hot and this one is a good example that's ready to enjoy as intended. Whatever the terrain, the Bronco is always entertaining. Call today! 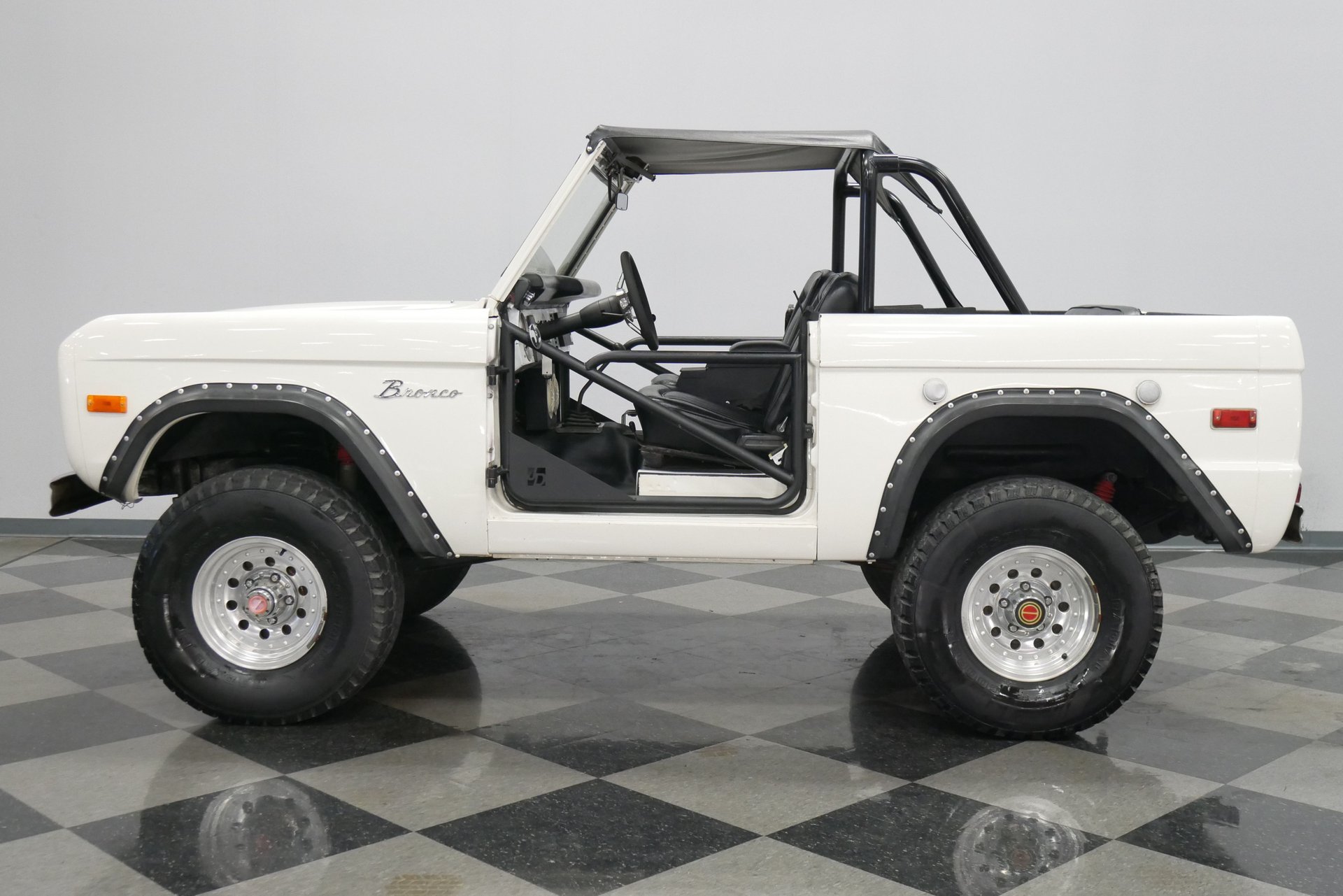