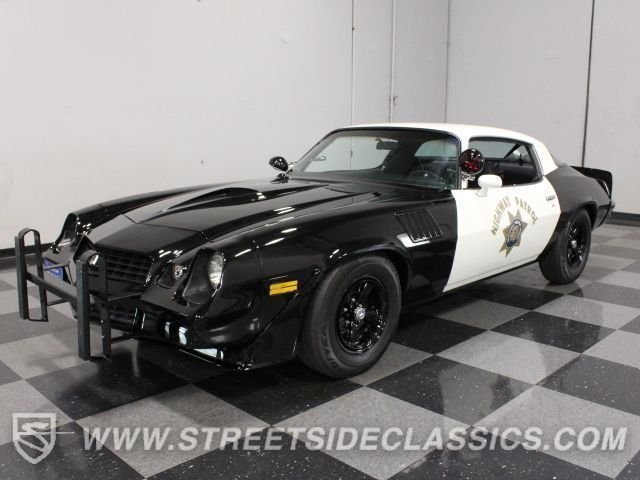 OK, admit it, you've always dreamed of owning a police car. Who hasn't? But most of them are just frumpy old used up Crown Vics, and they're honestly not much fun to drive if you can't actually pull people over. Instead, what you need is this brutal 1979 Camaro that looks, drives, and feels just like a real California Highway Patrol pursuit vehicle. Every detail was attended to, and we challenge you to find a way this car could be any more accurate. Featured in magazines and on TV, this is one way to live your dream without giving up the fun part of it-the driving.

The builder on this one spent several years looking for one of the 12 actual highway patrol cars, but it appears they have been lost to the ages. So, he decided to do the next-best thing. This one started out as a low-mileage all-black Camaro, but the conversion is extremely convincing and I'm guessing that anyone seeing it on the road will nervously eyeball it until they're safely out of range. The big thing is that this car is a heck of a lot nicer than any police car ever built for service-WAY nicer. The black is deep and lustrous, the white sections like the doors and top are crisply masked and this might be the first patrol car I've ever seen with a functional ram-air hood. The graphics are quite convincing, especially the badges on the doors and the big "HIGHWAY PATROL" lettering on the ducktail spoiler which should serve as a warning to the unwary. The police gear is authentic and functional, including the spotlights and markers mounted in the rear package shelf area, and that big push bumper is about the coolest thing ever attached to a Camaro. If you can't make trouble with this car, you shouldn't be driving. However, we should also mention that this one does come with magnets to cover the HIGHWAY PATROL markings on each door, as well as upholstered covers for the lights – in the event that your local authorities aren't supportive of your law enforcement efforts.

It's pretty much a civilian-grade F-body inside, with handsome bucket seats upholstered in glen plaid cloth that looks right in the black and white cruiser. The handles for the spot lights are easy enough to grab and shine around, and this is the rare police car with a 4-speed manual gearbox. The dash is standard Camaro with clean, clearly-marked gauges and no goofy fake wood to take away from the purposeful look, just acres of black plastic. The steering wheel is the typical Camaro string-wrapped (simulated, of course) unit, although it does live on a tilt column. Cool police tricks include a radio block-off plate, no console, and a minimum of frills, so it gets that part right, and with a functional CB radio and PA system under the dash, it certainly looks, and can perform, the part (personally, this might be our favorite part of the car). Sadly, there's no shotgun in the trunk, merely a full carpet set and a space-saver spare with full jack assembly.

The engine is the original, numbers-matching 350 cubic inch V8, which was rebuilt about 10,000 miles ago. With a slight bump in compression, an upgraded cam, and a few other tricks, it's gained a notable bump in horsepower, and with the 1980 Camaro induction system, it's breathing nice, cool air. The original carb lives underneath and there's a stock-style 1-into-2 exhaust system. Four-wheel disc brakes were added since they were apparently standard equipment on the 12 original police cruisers built for the CHP, and they do make quite a difference in stopping power. With 3.08 gears out back, it's got long legs for the high-speed pursuits and the finishing touch is the blacked-out 15-inch SS-style wheels with fat 225/70/15 Goodyears.

Documented and featured on "My Classic Car" TV show (season 15, episode 8) and in several magazines, this is perhaps the most fun you can have with four wheels. Call today! 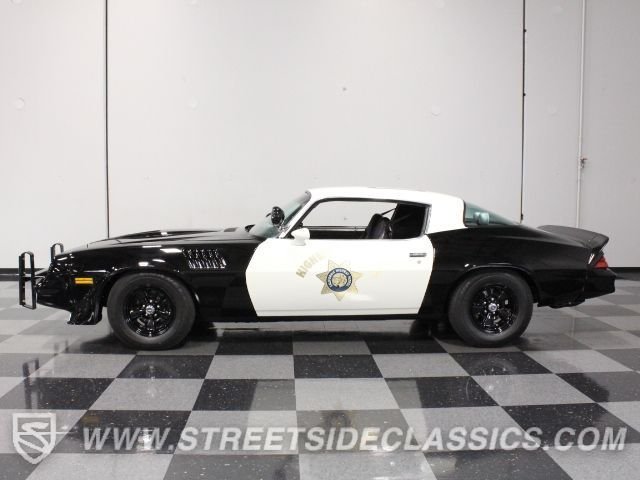