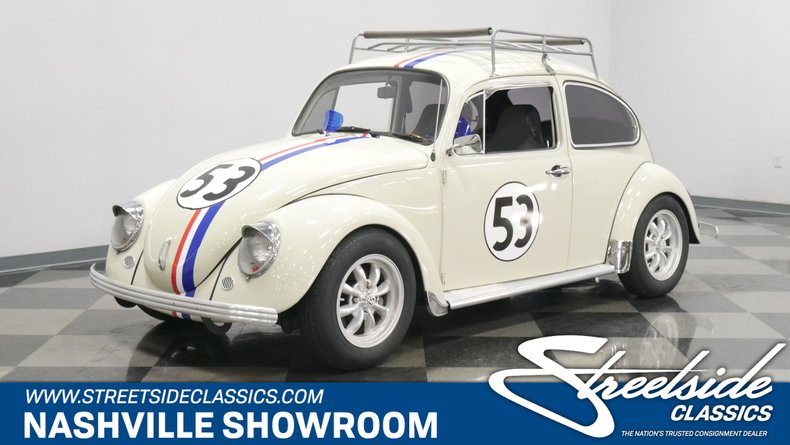 This isn't your average 1970 Volkswagen Beetle, but you've already figured that out. One of the best replicas of "The Love Bug" we've seen, it's likely that this one is about fifty times nicer than any used in the films. With a quality restoration to pretty exacting standards in every way, it includes a lot of Herbie-friendly mods to make it a ton of fun for VW fans and Herbie fans alike.

We don't have the space here to cover "The Love Bug" in any big way, but I suggest you Google it if you're not familiar with famous #53. The owner has spent a sizable pile of cash to build the ultimate Herbie replica and got it right in every possible way. The paint is called "Pearlwiss" which is German for "Pearl White" and is the exact same color as the movie car. The restoration was carried out as if this car was going to start in a movie and even though the decals are extremely accurate, you could peel them off and have a semi-ordinary VW if that's your predilection. Modifications include 1966 fenders and hood, a one-year-only 1967 rear deck lid, and custom brackets to handle the early-style bumpers. The bodywork is superb, the chrome sparkles, and the roof rack was powdercoated for long-term durability. It's been driven a bit, but when you roll into a show with the Beetle, everyone will notice.

The interior is outfitted with gray cloth seat covers custom embroidered new carpets, fresh reproduction door panels, and a wood-rimmed steering wheel with a custom '53' horn button. A custom center console painted to match dresses things up and a T-handle shifter for the 4-speed makes this Beetle feel downright sporting. There's standard Beetle gauge pod with speedometer and fuel gauge, joined by a modern AM/FM/CD stereo in the center of the dash. Plush carpets lend the Beetle an upscale feel and even the forward-mounted trunk is neatly finished with matching black carpets.

The engine is a gutsy 1600 cc single-port 4-cylinder with a pair of Weber carbs to wake it up a bit. It's quite nicely detailed and finished mostly to factory specs with a few splashes of chrome. A clutch with light, easy action links it to a 4-speed transmission, so it's got the hardware if you want to drive it as intended. The floor pans are in excellent condition and the lowered stance certainly gives it a suitably racy look on the street. It was also fitted with front disc brakes for safety and a custom exhaust system tucks up underneath yet gives it a suitably racy sound, even for a VW. The only notably visible change form the Herbie in the movies are those awesome EMPI wheels that look like vintage Minilite, and they're fitted with 165/80/15 blackwall radials all around.

It's possible to spend more money on a car, but you probably won't have more fun than with this awesome little Love Bug. Call today! 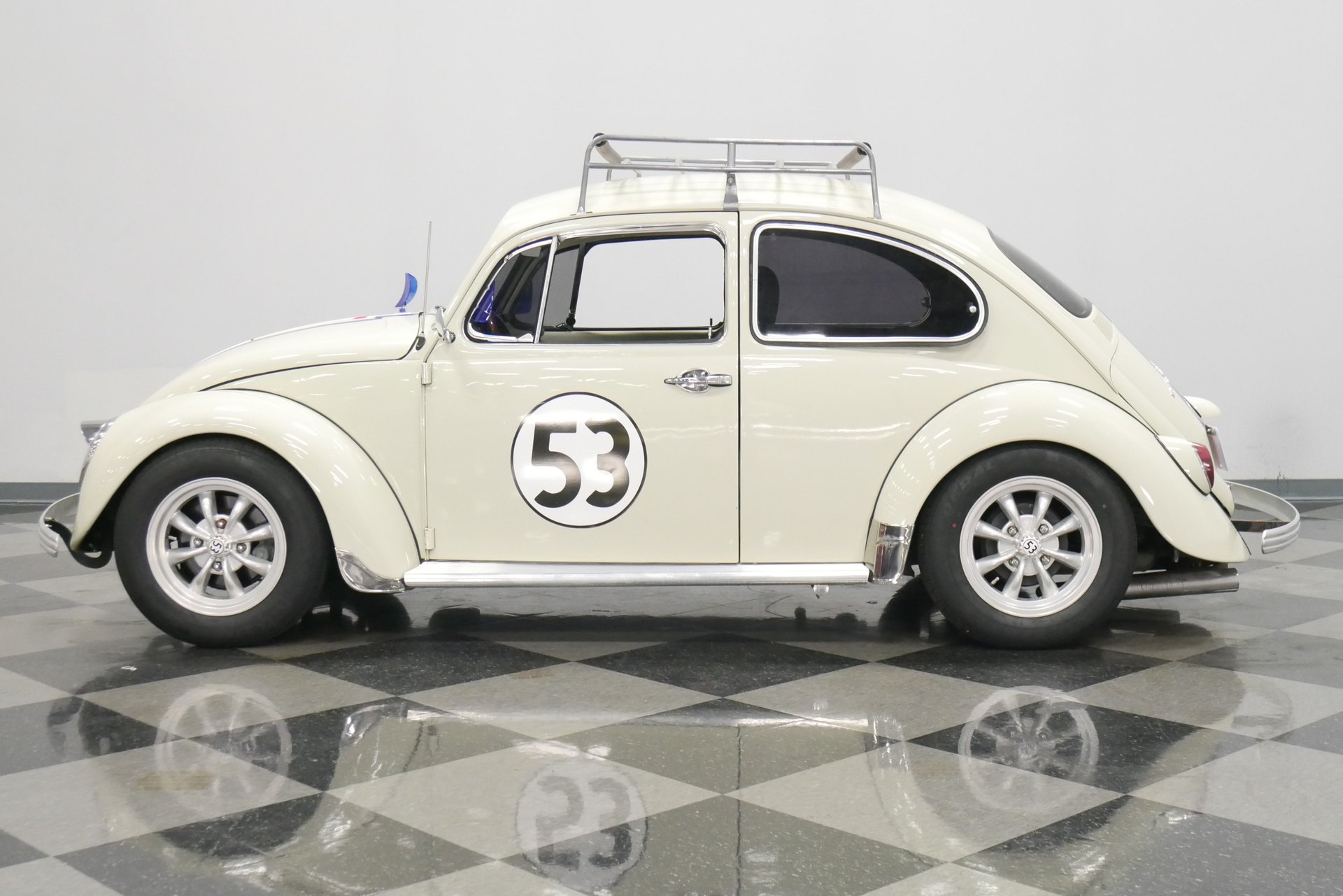