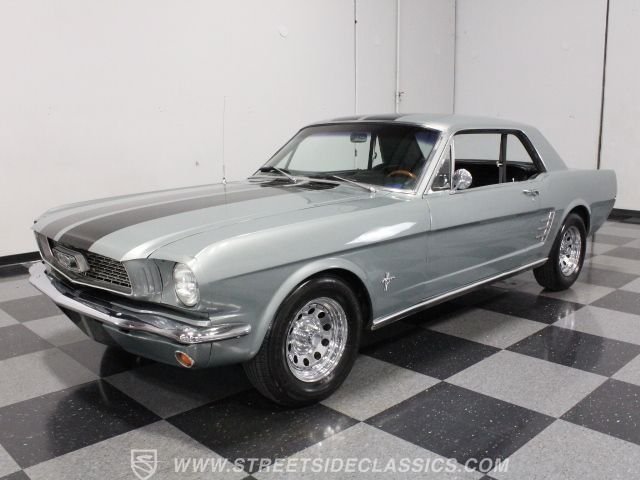 Do not dismiss this 1965 Mustang coupe because of what lives under the hood. There's no rule that says Mustangs have to be expensive and have eight cylinders to be a blast to drive, as this tidy hardtop so easily proves.

This two-owner Mustang has certainly lived a charmed life. The current owner bought it from the ORIGINAL owner in 2009, so you know the car has good credentials. He proceeded to treat it to an extensive makeover that didn't involve just dropping in a V8 and calling it done. Instead, he aimed for a more European influence, and gave it a subtle anthracite gray paint job that looks icy and slick on the vintage Mustang body. All the trim is still there, but this car looks minimalist and smooth, which is probably due to the combination of the color and some seriously straight bodywork. It's a driver, make no mistake about that, but if you're tired of happy little Mustangs with smiles on their faces, perhaps this one with an evil little smirk will be more your style. The black racing stripes certainly help in the attitude department, and they're wrapped around the entire car: nose, roof, deck lid, and even the roll pan under the rear bumper, which really makes for a nice effect.

The all-black interior takes the original theme and bumps it up a few notches, too. Fresh black seat covers look great on the original buckets, and there's a custom console between them. Not only is it functional (it adds a pair of cup holders), but it looks right even in the old Mustang interior. A wood-rimmed steering wheel reinforces that European image I mentioned earlier, and the 5-gauge instrument panel was borrowed from a GT and refitted here. Under-dash A/C is always a nice feature in any old Mustang, and with an AM/FM/cassette stereo in the center of the dash and big speakers in the kick panels and on the rear package shelf, this is still a great choice for a long-distance road trip. The trunk is neatly outfitted with a reproduction mat and a full-sized spare, plus a tire iron, just in case.

So about that engine. As I said, you don't need eight cylinders to have fun in a Mustang, and this warmed-over 200 cubic inch inline-six is proof. It wears Ford Blue and looks right in the engine bay, and that big chrome air cleaner will look familiar to Mustang fans. With around 10,000 miles on the build, it's still quite fresh and starts easily when you turn the key. Special headers and a custom dual exhaust system free up a few extra horsepower from the smooth six, and the unique sound is just as aggressive as any V8 rumble. The 3-speed automatic transmission clicks through the gears easily, making the most of the six's power curve, and the 8-inch rear end carries 3.20 gears that cruise easily behind the eager-to-rev six. Power rack-and-pinion steering adds a dimension of precision to the steering, but the rest of the suspension is quite stock save for the shiny chrome wheels and 205/70/14 blackwall radials.

For the price, this is a great car, and in these more frugal times when economy matters, perhaps this Mustang makes a lot of sense. Call today! 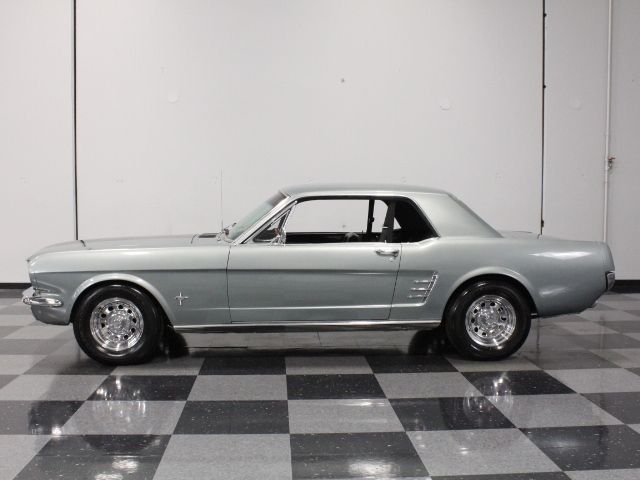