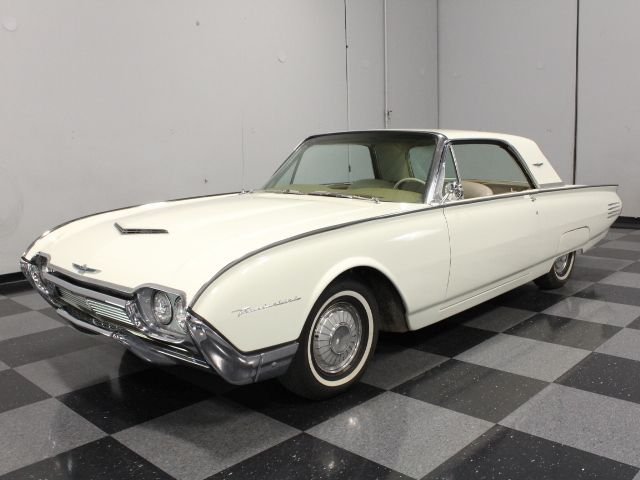 The Square 'Bird was out, and the Bullet 'Bird was born in 1961 and the Jet Age kicked into high gear. If you're a fan, then this awesome 1-owner 1961 Thunderbird hardtop will certainly appeal to you. An awesome combination of originality and tasteful restoration, it's got to be one of the biggest bangs for the buck at under $20,000.

Yes, you read that correctly, this car is offered by the original owner's family and it shows just 90,598 original miles. If you're keeping score, that's less than 1750 miles per year, and it shows. OK, so the paint's not original, but it was recently refinished in Corinthian White that looks great on the sleek Thunderbird bodywork. It shines up beautifully and has that classic early-60s look, making it easy to imagine this car on the streets of Miami or L.A. back in the day, going someplace glamorous. All the trim was recently re-chromed, a pricey proposition for a car with this much brightwork, but you'll surely agree that the grille, bumpers, and particularly those side streaks on the rear quarters are what really make this car special. The Thunderbird badges still have simulated turquoise inlays to tie it to its heritage, and the fender skirts make it look long, low, and sleek.

The light contrast of the code 54 Beige interior gives this Bullet 'Bird a sophisticated look. The upholstery is new, including seat covers, carpets, and door panels, all of which replicate the original stuff in an authentic way. The big news in '61 was the addition of the "swing away" steering wheel, which moves the wheel inboard when you pull the shifter handle towards you, making ingress and egress a snap. Other firsts for the '61 Thunderbird include the floating rear-view mirror, which may seem commonplace today, but this was the first time it was seen in public. The seats are firm and comfortable, and as Ford's top-of-the-line personal luxury car, this 'Bird is loaded with options like A/C (needs a little TLC), power windows, and a power driver's seat. The wide center console has slick storage in the center and it neatly divides the front seat area into two symmetrical cockpits that are ultra-stylish, even today. Few cars can rival the big 'Bird's road manners, making it an ideal choice for long road trips, particularly with the massive trunk.

A 390 cubic inch V8 was the only choice in '61, and by all accounts this is the car's original powerplant. Both engine and transmission were rebuilt less than 100 miles ago, so it's fresh and ready to go with only shake-down miles on the clock. Originality abounds in the engine bay, which shows Thunderbird Gold paint on the air cleaner and valve covers, plus the original A/C compressor up top. Check out how clean the inner fenders are and how thorough the repaint was, since everything shines up well. Underneath, it's highly original, but there are no signs of trouble outside of the usual road grime that you'd expect after five decades of fun. A new dual exhaust system gives it a fantastic sound and it rides on a set of relatively new 14-inch whitewall radials for a classic look.

This Thunderbird represents a ton of first-class sheetmetal for not a lot of cash. You haven't lived until you've had a Thunderbird in your garage. Call today! 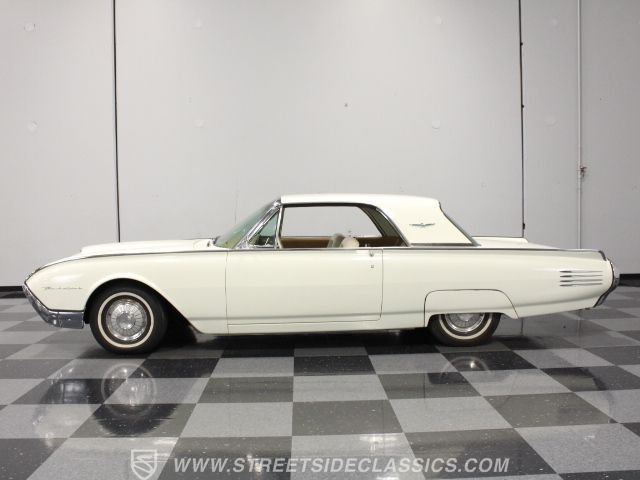