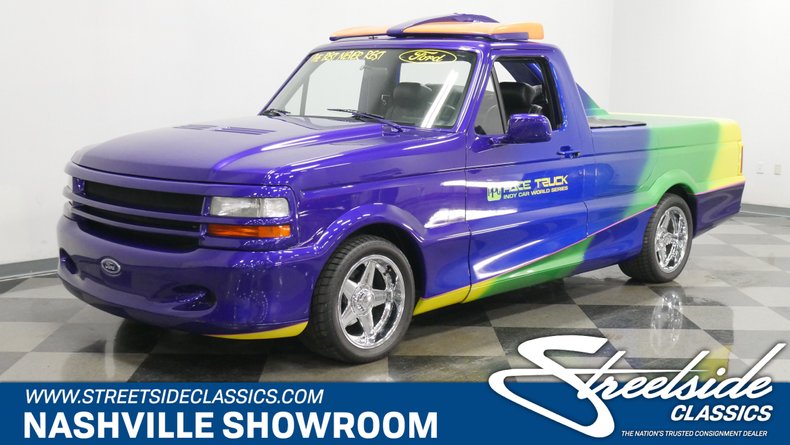 If you're a fan of Ford history and have wanted to own some mystical artifact that was never meant to be privately owned, then this 1991 Ford F-150 PPG Indy Pace Car is going to be very, very interesting. Nicknamed the "Boss Sport", this lovechild of Jack Roush and McLaren Performance Technologies (the legends behind the Buick GNX) was put to work as the pace car for the PPG IndyCar World Series between 1991-1994, and it was more than equipped for the job with a 500HP Roush 5.0 motor, a wicked custom paint job, and rear-facing seats in the custom bed that provided passengers with a front row seat to the trailing stock cars it led at the race. With just 5,145 original miles and a rumored build cost of $250k in 1991 dollars, this truck represents an incredible opportunity to own a one-of-a-kind Ford racing legend.

Originally painted in a white/purple/red color scheme for the '91-'92 races, PPG elected to switch things up a bit for the final two years, and selected the purple/green/yellow scheme you see today. And quite frankly, as far as pace cars go, we think it was an improvement. With only 5,145 miles on the clock, this truck hasn't been exposed to much, but the finish still looks much better than you'd typically find in a 28-year-old truck, with neatly cleared-over graphics and beautiful transitions between the different colors. This one-off Ford has several custom features as well, including the sculpted bumpers, side panels, light covers, the grille, the vented hood, and last but not least, the rear tonneau cover with cutouts for the rear-facing seats in the bed. Access to the rear seats is granted via the built-in doors on each side of the bed, and when they're opened they double as fold down steps. The giant arch is actually a roll bar that was integrated into the custom bed, possibly making that the wildest safety feature ever added to a truck. You'll also find strobe lights, the light bar on top of the cab, and a fire suppression system that was needed for the track, along with a power flip-down rear license plate holder to help keep things legal on the road.

The interior received a big upgrade over the standard F150 guts, starting with freshly recovered leather bucket seats and door panels. Grippy yet comfortable for all-day drives, they offer lumbar support and just enough side bolstering to handle the corners. There's an extra-wide center console that offers plenty of storage and several options are offered ad well: A/C, power windows and locks, a full array of instruments, cruise control, and several switches that control the batteries, lights, horns, fuel tanks and even the brake coolant. There are purple and blue accents throughout the interior that really brighten things up, including a cool plaque from the builders that presents this truck to Ford. Everything is in great shape inside, and it's very comfortable too, which means you can definitely spend more time than just once around the track in this Pace Truck.

Likely born with a workhorse V8 with plenty of torque and low horsepower, Jack Roush jumped right into this project and knew this baby needed something special under the hood if she was to properly lead race cars. A powerful 500HP 5.0L V8 was swapped in, augmented even further with Trick Flow heads and a performance intake that make it dynamic and efficient as well. Better still, all the usual 5.0 bolt-ons work just as well under here, so if the next owner wanted to kick this motor up to an even higher level, it wouldn't be a difficult task. It starts easily and runs surprisingly smoothly, with a bottomless well of torque that threatens to overwhelm the tires at almost any speed. It's linked to a quick-shifting, performance-prepped 4-speed automatic transmission that makes this brute surprisingly easy to manage. Stock-style headers dump into a dual exhaust system with high-flow catalytic converters and twin Flowmaster-style mufflers that sound spectacular. The underside is incredibly clean and still mostly stock so it rides and handles quite well, and the coolest feature of all may be the water-cooled 4-wheel power disc brakes. So if endurance racing is your thing, this Ford can handle it. Those are special-issue 18-inch AZE wheels at each corner that look absolutely killer wrapped in giant 315/35/18 performance radials.

An incredible opportunity for the guy who loves to collect the unusual and rare. It's also fun to drive and looks great, making it a fantastic machine that still works well as a performance car. Call today! 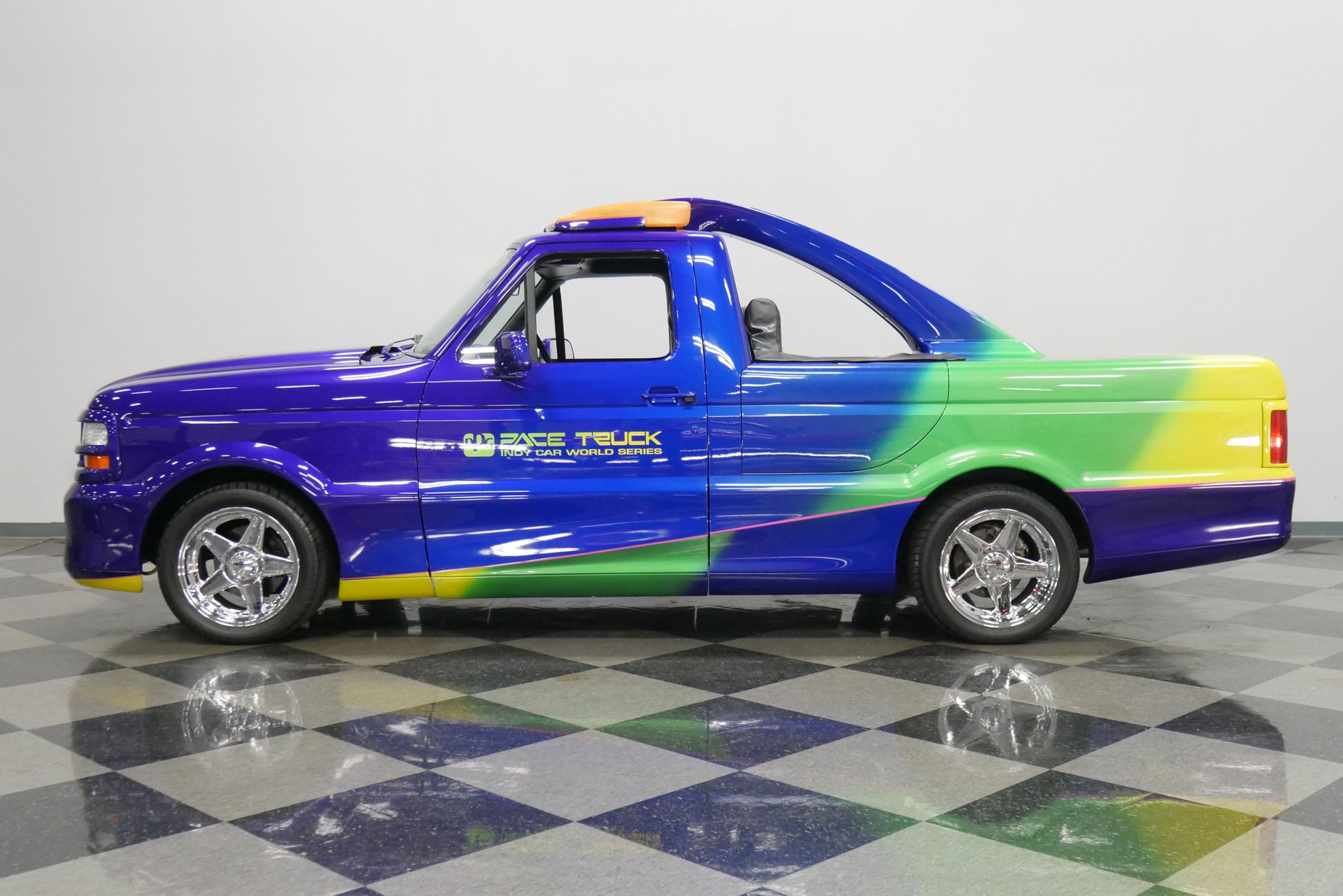