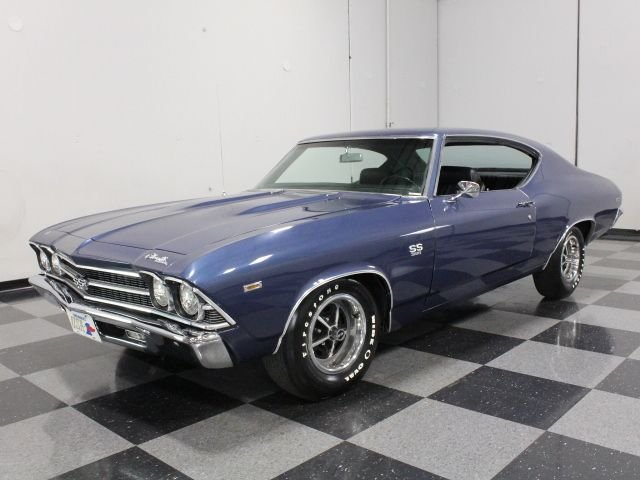 With so much emphasis on pedigrees, I think a lot of collectors are missing the point of a muscle car. Take this 1969 Chevelle SS: the engine is date-code correct, but that's really not the point. Instead, it's fast and beautiful, with an all-new interior to match. It's time to buy a car you love, not merely an investment.

We know this is a real SS because it was originally code 76 Daytona Yellow, which was only available on SS models. During the restoration, it was torn down to the bare essentials and rebuilt from there, including a lot of fresh sheetmetal that looks spectacular today. The paint looks like Glacier Blue, and has the right mixture of metallic in it to shimmer in the sunlight and blaze like blue neon when the sun goes down. There's no cowl-induction hood, just that clean Chevelle shape that practically defines the words "muscle car." Fit and finish are good enough to win appreciative glances at the local shows, and you'll never get tired of people checking you out as you hammer down the road. All the correct SS gear remained with the car when it was repainted last year, including the grille and badges, so it looks quite authentic.

As I said, the black bucket seat interior is all-new, including seat covers, door panels, and carpets, and with a center console in there, it's one of the best places to spend your weekends. It was originally a bench seat car, but we aren't building a concours winner here, but the ultimate cruiser that's ready to have fun, and the conversion to buckets was accurately done. The horseshoe shifter looks great, and the round gauges are another sure sign of a genuine SS. A factory tach was cleverly integrated into the center of the warning lights display, a neat factory trick that you almost never see today. There's also the original AM radio in the dash, suggesting that keeping it as stock-looking as possible was important. With the work being so recent, the seats look virtually unused and feel firm thanks to fresh foam underneath. The trunk has what appears to be the original mat and a bias-ply spare tire for authenticity as well as a full jack assembly.

The date-code-correct 396 cubic inch V8 was rebuilt to L34 specs, which means 350 horsepower and a towering 415 pounds of torque. Someone was sweating the details under the hood, because everything looks pretty much like the factory would have done it, including Chevy Orange engine paint, chrome valve covers, reproduction decals, and correct tower hose clamps. Rebuilt less than 100 miles ago, it has been driven just enough to get everything sorted out, so it cackles like a big block should and runs superbly. Cast iron manifolds feed a reproduction exhaust system with just the right mellow tone and terminating in polished tips under the rear bumper. A TH400 3-speed automatic and a 12-bolt Posi with 3.31 gears inside mean that it can take anything you can dish out, and it sits right on a set of 14-inch SS wheels with 6.70-14 Wide Oval repros that look exactly right.

A super-nice car that foregoes the need for chasing numbers and instead reminds of why we love big block Chevelles so much: it's just a blast to drive. Call today! 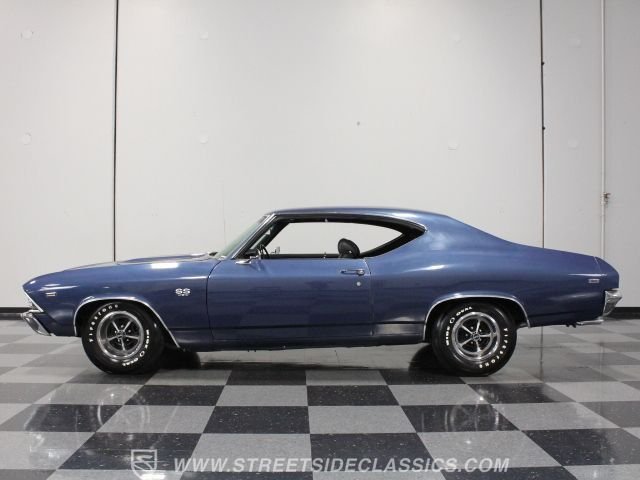