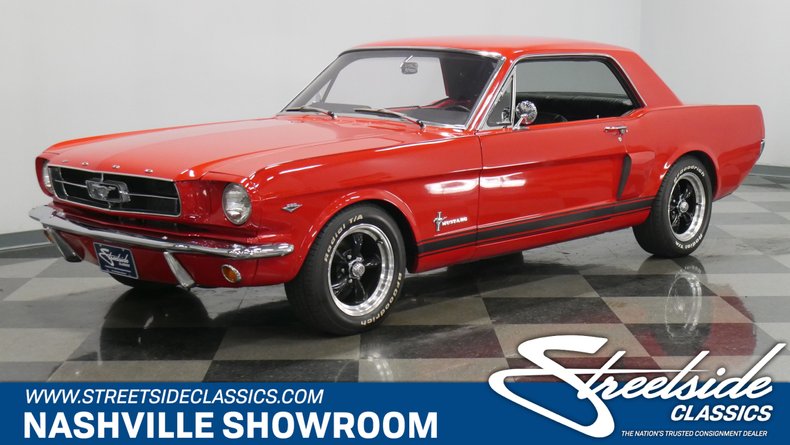 This very tastefully modified Mustang is one of those cars that everyone can love but few have the privilege to own. With a few upgrades that will make it stand out from the rest of the Mustangs at the next show, it's a cool cruiser with enough horsepower to give it the performance to back up the look.

Repainted in brilliant code J Rangoon Red, this Mustang's original color, this Pony is proof that bright red on an early Mustang is always the right choice. The paint job was completed not long ago, applied over good, straight bodywork with crisp panel details that really pop no matter how closely you look, and although it's not a perfect show car, this Pony really presents well and turns heads at red lights. A few custom add-ons like the fender scoops, subtle rear spoiler, blacked-out tail panel, and black decals on the lower part of the coupe add a performance vibe this Mustang pulls off nicely. Fit and finish are very good overall and suggest that this Mustang probably started out as a nice car before the work started; you don't get doors that close like that from a beater. There are a few signs of use today and it's not a show-quality paint job, but it was some hack-job either way and you'll be proud to show this '65 off at the car show. We're also guessing that the trim and chrome is a combination of original and replacement pieces, but it all looks right and shines up nicely against the red paint. Perhaps most importantly, it carries '289' emblems on the front fenders, and it earns them the old-fashioned way with a nice rumble that exudes from the trumpet exhaust out back.

Inside there's a correct black and white Pony interior, which has been restored to factory specs with nicely upholstered buckets that look incredibly inviting. There's no damage, and only minor signs of use, which only adds to its appeal. A modern three-spoke steering wheel frames the crisp original gauges, and with a custom middle console that houses the shifter for the automatic transmission and a couple of cup holders, the entire cabin has an upscale and modern feel. There's an original AM radio in the same spot it's been since 1965, although it's due for an upgrade either in the middle console (there's a slot available!) or stashed away in the glove compartment, because it would be a travesty to cut up that original dash. Plush black carpets keep it from being too bright inside and the shifter is easy to reach from the driver's seat. The little Mustang also offers a surprisingly roomy trunk, as well, one which includes a full set of reproduction mats and a full-sized spare tire assembly.

This was originally an C-code car, which is spec for a 289 cubic inch V8, and even though Ford didn't stamp VINs on their blocks so there's no "numbers matching" for the Blue Oval, a 289 is what the car carries still today. And the most important thing is, it's a great runner with plenty of pop and a killer sound. It's nicely detailed under the hood, so you can show it off with pride, and you can see that there are several upgrades like a 4-barrel carburetor, black Mustang valve covers, an open-element air cleaner to match, and a thick aluminum radiator up front that keeps the whole show nice and cool. It runs great and pulls hard at any speed, and history has taught us that these engines are virtually bulletproof when properly maintained. The C4 3-speed automatic transmission shifts well and spins a set of highway gears, so this pony is a fantastic high-speed touring car that's quite comfortable in today's traffic. A custom H-pipe exhaust system is fed by a set of factory-style manifolds, so it has that awesome small block cackle, and it's very solid underneath, suggesting a life lived easy under the tutelage of conscientious ownership throughout the years. Black Torque Thrust-style wheels look fantastic, especially wrapped in slightly staggered 205/60/15 front and 215/60/15 rear BFGoodrich white-letter rubber that gives it an awesome stance. 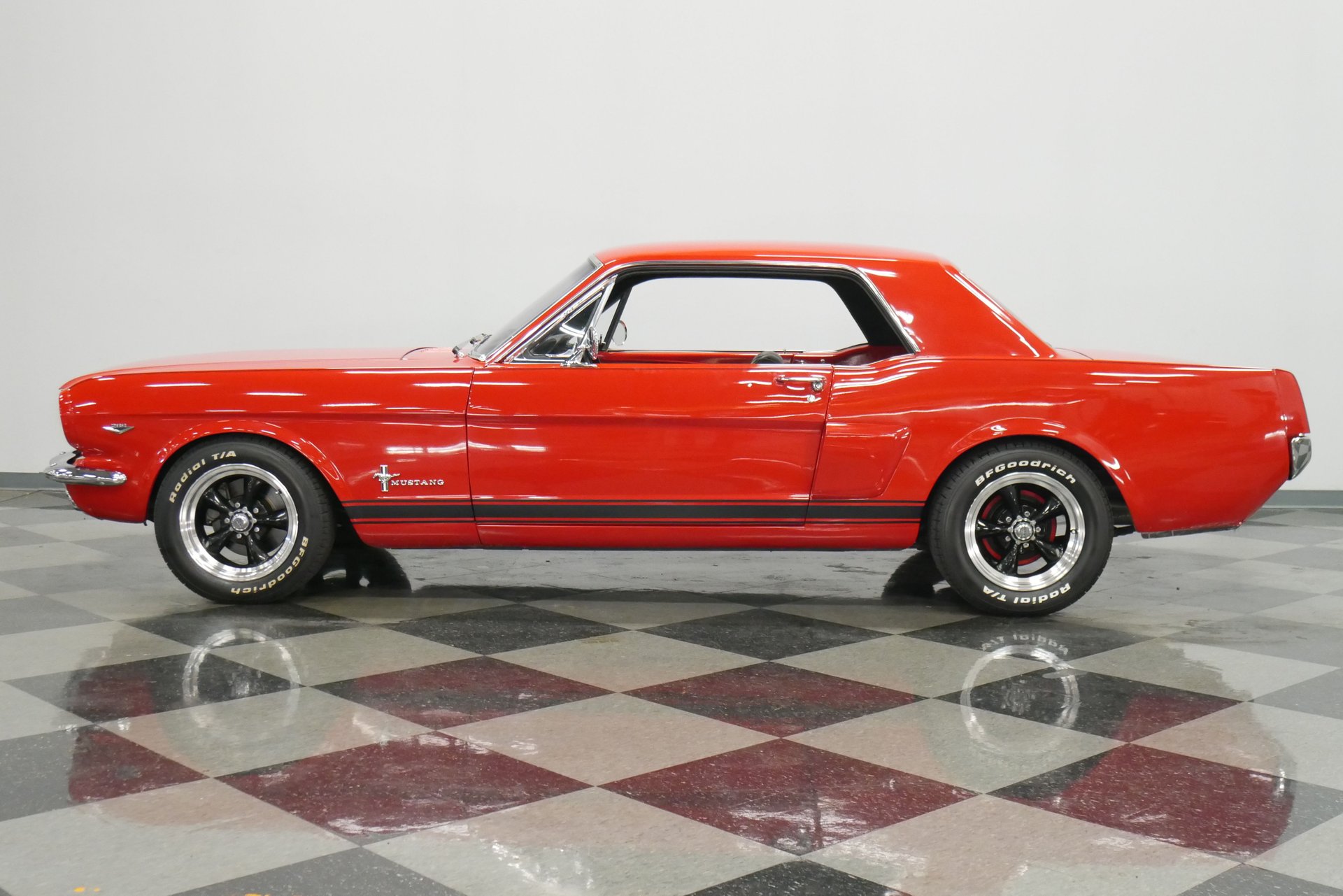