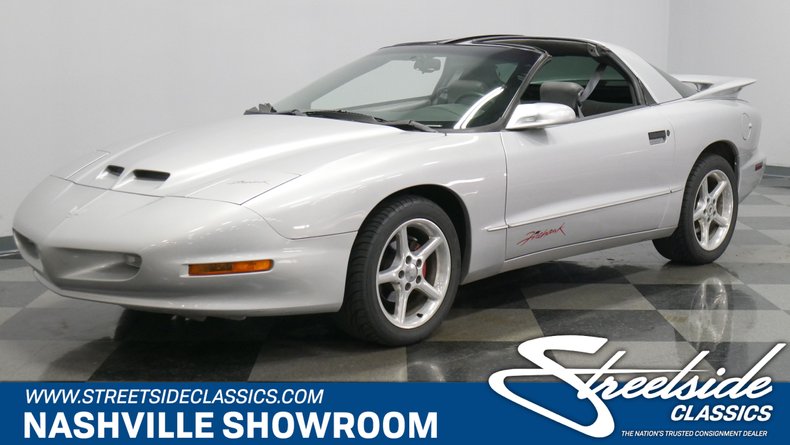 There just can't be many bigger bangs for your buck than this 1997 Pontiac Firebird Firehawk. Fourth-generation F-bodies delivered staggering performance at a very reasonable price when they were new, and today cars like this with their LT1 powerplants and surprisingly capable suspensions are shockingly fast and remarkably affordable. Reportedly, only 145 SLP Firehawks were built in 1997 (although the number is somewhat debated by 20 or so units in either direction), and even fewer were painted silver (16 total by all reports), making this upgraded '90s muscle car a very rare bird, not to mention a blast to drive.

Painted in Sebring Silver, this car is probably not going to help you avoid the local constabulary. But hey, for this price, you can probably afford a few speeding tickets anyway. The composite bodywork (except for the quarter panels) was all-new just a few years earlier and gave the Firebird an instantly-identifiable but unique look that included the functional hood-scoops up front and a wrap-around rear spoiler that Pontiac fans recognized right away. The factory silver paint still shines up nicely, although we suspect the finish may have been re-cleared at some point, and thanks to that plastic bodywork, there are no dents or rust in the usual places. Perhaps a little stranger, the Pontiac guys decided to hold back on loud badges and stripes save for three "Firehawk" decals, including the hood chicken, so this one shows pure menace instead of obnoxious advertisements. Fit and finish are factory-grade and as a clean, original, unmolested exterior, it still fits together quite well and shows years of conscientious cleaning and waxing and only minor signs of use. If you want a clean, unmodified performance look, they don't get much cooler than this.

The interior is mostly stock, but the Pontiac designers got it right on the first try. Supportive black leather buckets anchor the interior, and the hides are in great shape with only a few comfort marks on the driver's chair. The console, dashboard, and other trim bits (the headliner looks new) are in very good condition as well, and the "Firehawk" badges on the middle console tell everyone right away that this is a special car. As Pontiac's top-of-the-line, it's also loaded with A/C, power windows, locks, seats, and mirrors, cruise control, a tilt wheel, and a comprehensive gauge package and dual airbags for added safety. A slick carbon-fiber dipped shifter manages the 6-speed manual transmission, but other than that it's all stock inside, including the original AM/FM/Cassette unit in the center of the dash. Add in the Firehawk logo floor mats, a neatly finished trunk/cargo area with plenty of space, and the original T-top inserts, and you get a car that's ready for summer fun.

The Firehawk borrowed the Corvette's 350 cubic inch LT1 V8 which was then modified by the pros at SLP to produce 310 horsepower. But that wasn't enough for the former owner of this bird, so the performance was kicked up a notch with a TPiS throttle body, Pace Setter heads, and an Accel 300+ racing ignition (owner states the engine was fully rebuilt around 6k miles ago). It still manages to look largely stock under the hood, which is in keeping with the rest of the car, and a good detail under the hood would mean you could show it off with pride. The powerful block spins a quick-shifting Borg Warner 6-speed manual transmission, and SLP modified the suspension to handle the power and ensure that it handled great through the curves. A glance underneath offers more proof of clean living, and the vehicle history reports shows zero accidents, which is always a relief in a car with this much affordable power on tap. Power steering and power 4-wheel disc brakes add to the Pontiac's user-friendly nature. Lightweight 5-spoke alloy wheels are a nice upgrade that came stock on the Firehawk and they carry fat 275/40/17 performance radials at all four corners.

Look the photos over carefully, then double-check that price and you'll find that getting this much performance and pedigree in this condition for so little cash seems to make a lot of sense. Call today! 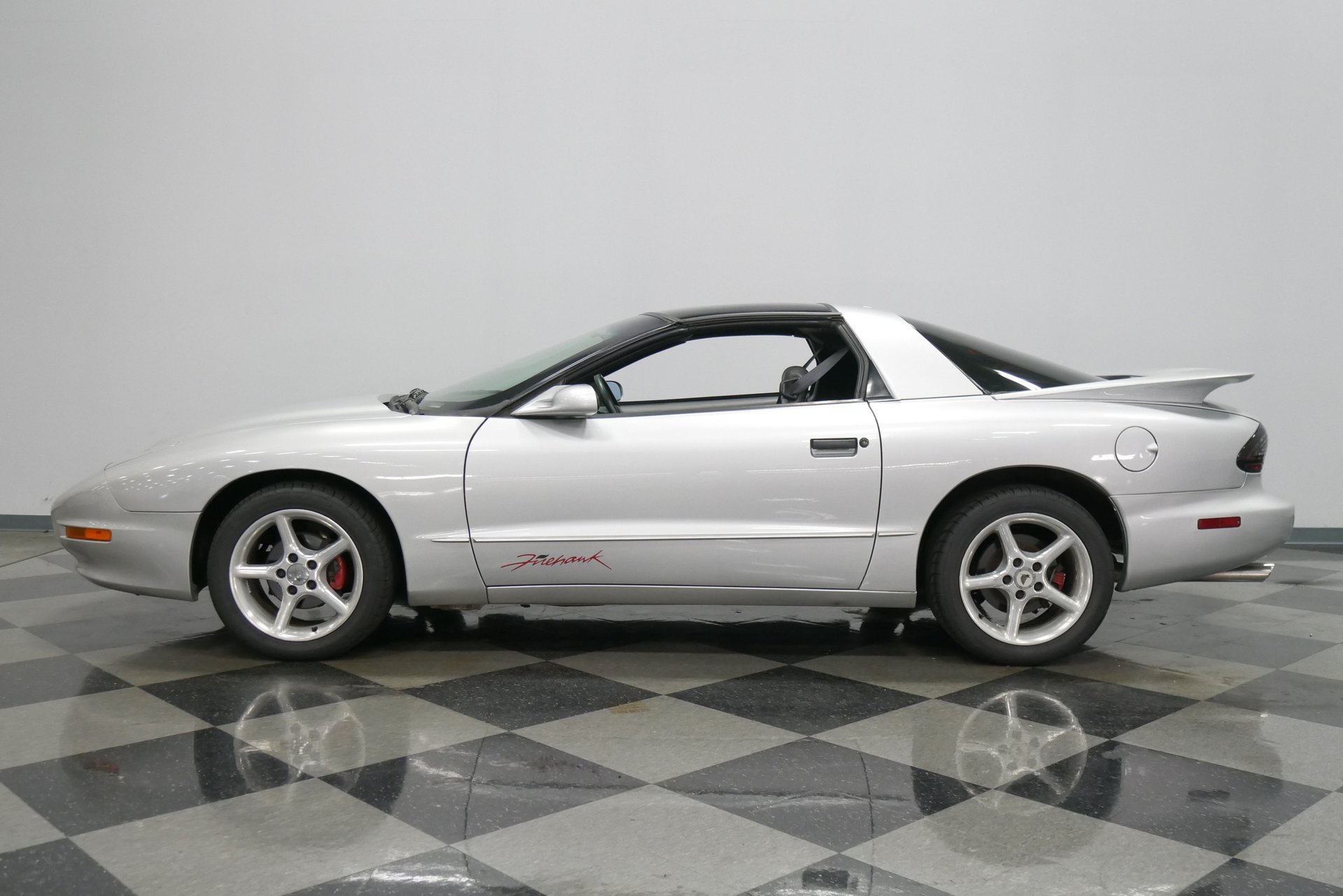