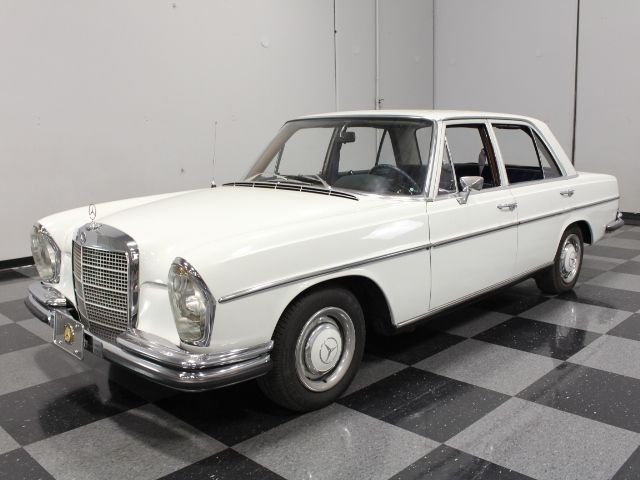 Perhaps the most familiar Mercedes Benz models for Americans, this handsome 1967 250S was one of the company's most successful models of all time. Cleanly bridging the gap between the totally hand-built cars like the 300SL and the purely assembly line models like the "Ponton" models, it's a wonderful example of the take-no-prisoners engineering excellence that defines the brand to this day.

When Mercedes-Benz adopted the slogan, "Engineered like no other car in the world," they meant it. The styling isn't exciting, but the quality is tangible in every single component, plus the fit and finish are beyond reproach. This stately sedan isn't flashy, but it does have an understated elegance that is easy to recognize. For your money, you got perhaps the most well-built sedan in the world, and even today it feels unfair to compare this car with, say, a contemporary Lincoln. It has just one repaint in its past, but the clean original sheetmetal is pretty much the way those German engineers intended. Slender chrome bumpers give it more of a sophisticated look than these models would have in the 1970s when heavy government-mandated bumpers would become standard equipment. And, of course, that grille is just about the most recognizable shape this side of a Rolls-Royce. Experts may have also noticed that this car carries Euro-spec headlights which not only look better, but work better too.

Handsome dark blue upholstery gives the interior a dignified look that's also supremely comfortable. Front buckets with folding armrests were surely a novelty for the American market, but they make the interior feel spacious and airy. The seats themselves are in excellent condition with no splits or tears and only modest wear. The door panels are original and show some age, but given the car's originality I don't know if I'd be looking to replace them. That giant steering wheel is a throwback to an earlier era, but steering feel is outstanding with great feedback for such a luxury-oriented car. The wood-faced dash and simple, legible gauges are both Mercedes-Benz hallmarks that continued for decades, and like the Euro-spec headlights, this one also carries a KPH speedometer as additional evidence of its European origins. The AM/FM radio looks like it might be period correct, and if traveling is your goal, few cars do it better than this one with its massive trunk.

In 1967, Mercedes-Benz nomenclature still reliably identified the engines under hood, with the 250S sporting a 2.5-liter inline-six. Twin carburetors make 130 horsepower, which is adequate to push this sedan around with verve and the buttery-smooth flow of torque feels right in the big sedan. Underhood, it's still quite original, but its condition indicates that this car has led a good life with proper maintenance that ensures reliability. Of course, these cars will run practically forever, but the best ones are those that have been kept up to spec by conscientious owners like this one has. A 3-speed automatic transmission shifts smoothly and thanks to an all-new independent suspension it feels athletic on the open road. Four-wheel discs were also standard, along with upsized 14-inch wheels wearing color-matched hubcaps and 185/70/14 Pirelli P400 radials.

Increasingly collectable and always a first-class ride, this Mercedes 250S will impress you with both its quality and its manners on the open road. Call today! 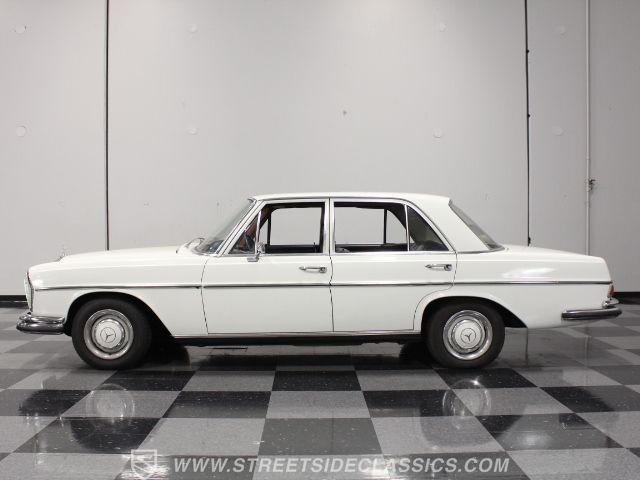