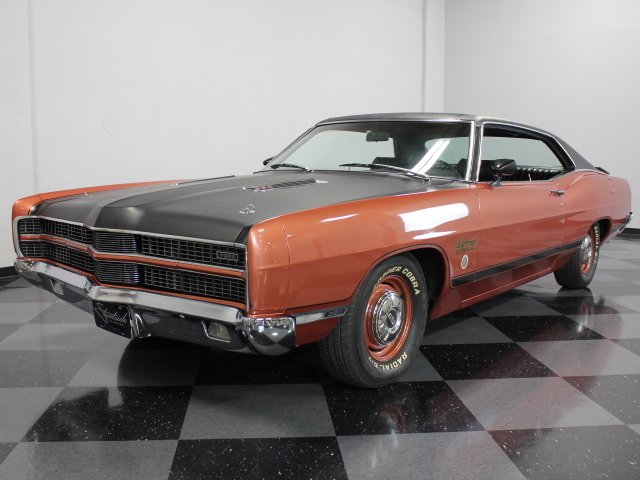 Some of the most fun cars in the hobby are the "could have beens." You know, cars that the automakers could have built if they'd wanted to, but never quite got around to it. Instead, some enterprising hobbyist takes a few OEM parts, maybe steals an idea or two from the manufacturer, and turns out something extremely cool like this 1969 Ford XL, which celebrates NASCAR great Cale Yarborough.

Mercury guys will recognize the inspiration for this car came from the Mercury Cyclone Spoiler that was built in limited numbers for Cale Yarborough fans, but this is probably the only Ford so outfitted. Finished in its original Indian Fire bronze paint, it has been spectacularly restored to a very high level and while it's not exactly the way Ford made it, it's certainly something very special. The blacked-out hood is a great NASCAR look, even on the big Ford bodywork, and combined with a black vinyl roof, it almost has a two-tone look to it, very much like its cousin over at Mercury. All that sheetmetal has been expertly straightened and aligned, giving you the impression that a lot more than the asking price has been spent to bring it up to this level. A deck lid spoiler adds to the racy look, and a set of decals from an actual Cale Yarborough Cyclone have been fitted, giving it a very OEM appearance. Chrome is excellent throughout, and yes, those folding headlights work properly.

Inside, it's outfitted the same way the Yarborough Cyclones were: column-shift automatic gearbox, bench seat, and lots of luxury options. Like the exterior, the interior has been beautifully restored using correct reproduction pieces that look fantastic. The wrap-around instrument cluster isn't big on gauges, but looks luxurious and puts all the controls within easy reach. According to the Marti Report that accompanies the car, it's equipped with factory A/C, a rare rear defroster, and tinted glass, but perhaps more curiously, there's no radio at all. The back seat is simply massive, even for a 2-door car, and the upholstery looks completely unused back there, a tribute to the quality that went into the restoration. The trunk is equally huge, with zero indications this car was ever rusty, as well as a full-sized spare up on its own shelf. No need to travel light with this one!

While most Cale Yarborough Mercurys received a 351, this thundering XL has a Y-code 390 under the hood. Originally equipped with a 2-barrel carb, it now inhales through a far more appropriate Holley 4-barrel atop a Weiand intake. It's all hidden under a stock air cleaner with correct reproduction decals, so it all looks quite proper. Note that the A/C has been upgraded to R134a refrigerant, and there's even a little cooler for the power steering fluid, so don't be afraid to use this one hard. A stout C6 3-speed automatic and 2.75 gears inside a 9-inch rear complete a bulletproof drivetrain that cruises effortlessly at any speed. Dual exhaust with glasspack mufflers sounds suitably NASCAR, and the butch steel wheels with dog dish hubcaps and white-letter radials certainly look track-ready.

So it isn't a super-rare limited-edition, but it sure is cool, and sometimes history doesn't have to be written by the automakers. Call today! 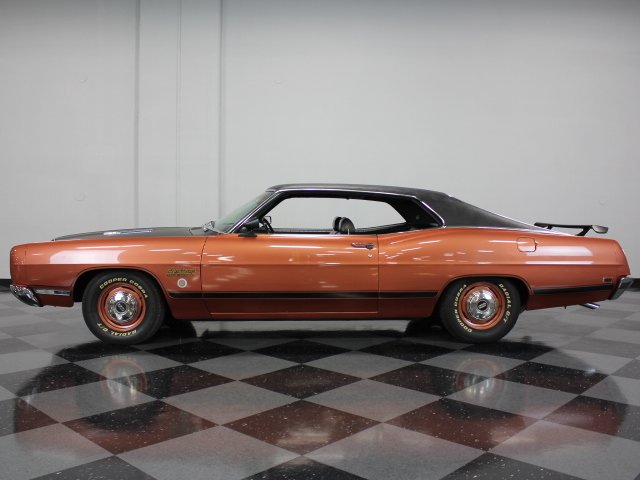