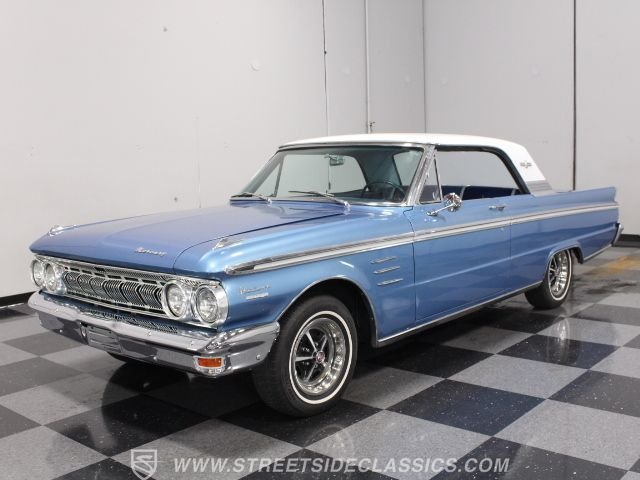 For more car guys, the name Mercury Meteor suggests a Canadian-market cruiser that's rather rare here in the US. However, this 1963 Meteor hardtop is 100% USDA choice muscle, because from 1961-63 it was actually sold in the Mercury dealerships here in the US for those 2 years only, making this one a rather rare specimen.

Based on the same mechanicals as the Fairlane, the Mercury offers an upscale twist on a fan favorite, with a dash of horsepower on the side. The look is unusual enough to make even seasoned car show attendees do a double-take as they recognize the Ford DNA in its veins, but not its face. That's OK, though, because the closer they look, the more they'll find to like. The super straight bodywork is straight out of the warm, dry southern US, and thanks to the extra ornamentation Mercury added, it sparkles. The original Sultana White over Pacific Blue paint scheme was retained during the restoration, and it is both timeless and a perfect combination for the early '60s, all expertly rendered in modern urethane finishes. Modest tail fins reinforce the Mercury look, trimmed in neat little chrome tips with wonderfully complex taillight lenses inside. The grille and tail panel are equally detailed which makes even the entry-level Meteor look upscale, and the bumpers are straight but perhaps starting to show their age. Fortunately all the trim is there, because replacing any of this brightwork will likely be virtually impossible.

The dazzling tri-tone interior was beautifully restored just recently and shows almost no sign of use since it was completed. The original bench seats front and rear were retained and covered in original style vinyl with pleated seating surfaces, and the wonderfully ornate door panels echo the same theme. Bright trim on the instrument panel echoes the exterior detailing with bright chrome surrounding the gauges, each of which lives in a separate pod under the wide speedometer. METEOR is spelled out in bold block letters on the center of the dash, just above the original AM radio and heater controls. You'll also note that an aftermarket A/C system has been installed under the dash, which is very much how it would have looked in 1963 when factory air was more of an add-on. And talk about rare! That's a Hurst shifter atop a 4-speed manual transmission, making this a genuine piece of muscle that's a blast to drive. The massive trunk is clean and shows clean quarters and floors, along with a mat and full-sized spare.

In the horsepower department, Ford fans will recognize the 260 cubic inch small block V8 living under this Merc's hood. Yes, that's correct, Mercurys had bright red engines, and this one is dressed like it might have been back in '63. There are no significant modifications aside from the A/C system, and it still carries its original air cleaner and even a generator! There's a recent dual exhaust system with glasspack-style mufflers and a set of highway-friendly 3.25 gears in the rear end, so it just burbles down the highway in high fashion. Classic Magnum 500 wheels make any '60s Ford product look racy, and wear 205/70/14 whitewall radials.

With just two owners from new, this low-mileage Meteor is a neat piece of Mercury history that will stand out everywhere it goes. If you like drawing a crowd and answering questions, this is an excellent choice. Call today! 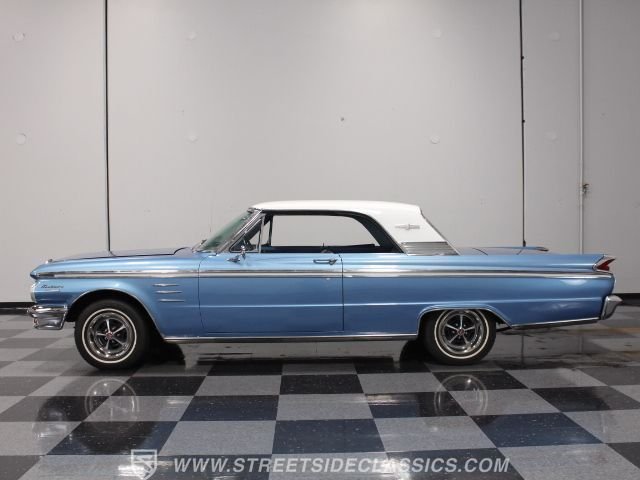