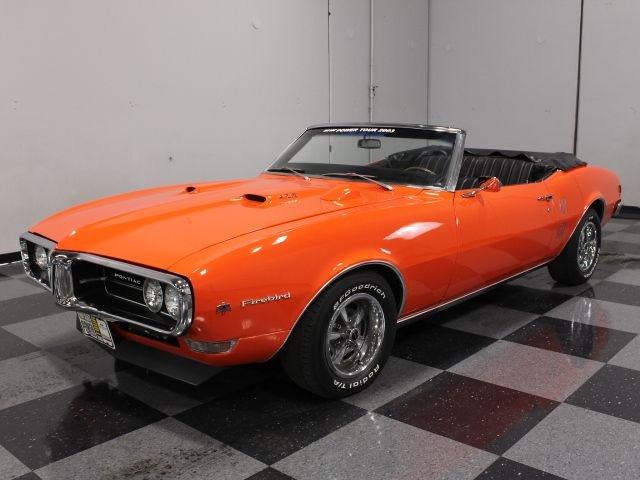 There have been plenty of 1968 Pontiac Firebirds painted Hugger Orange over the years, but how many were painted that color by the factory? The answer is 25, and this convertible is one of them, making it one of those unusual experiments by GM that seem to sneak out the side door when nobody's looking.

This Firebird convertible is more than an unusual color, however. When the time came for a repaint, they wisely chose to stick with the original formula, and since the beginning the car was obviously something special, so the bodywork was quite straight. Nevertheless, a lot of time went into the facelift, smoothing any of those little wrinkles a car gets as it enters middle age, aligning panels, and giving it a thorough once-over that would be critical on a car that gets as much professional scrutiny as this one does. Then the two-stage urethane went on, and to say that the Hugger Orange is bright is an understatement. It's also distinctly Pontiac despite the familiar Bowtie color, from the twin nostrils on the hood (complete with hood tach!) to the trick Pontiac chevron-shaped side marker lights. All the correct badges were reinstalled and there's a power antenna on the rear deck just to help with the sleek look. Bright trim and shiny chrome bumpers look awesome against the Hugger Orange paint, particularly the distinctive Pontiac nose.

The black interior looks freshly restored, with correct materials and patterns used throughout. The original Parchment interior probably looked just fine, but nothing looks as crisp and detailed as black in a Hugger Orange car. And as a color-change, you know that everything is new, including door panels, seat covers, and the carpets. Add in Pontiac's unique burled walnut appliques on the dash and center console, and it looks upscale and sophisticated. An Ididit tilt column was installed to add some flexibility behind the wheel, along with a set of auxiliary gauges under the dash, while the rest of the instruments appear to be original and in quite good condition. A wood-rimmed steering wheel continues the Euro-inspired theme. The original radio is gone, but that power antenna out back is now tied to an AM/FM/CD head unit in the dash complete with remote and it sounds great. The trunk carries a reproduction mat and the black convertible top is power-actuated with a crystal clear rear window and matching black boot.

Rebuilt just 7500 miles ago, the 400 cubic inch V8 under the hood delivers big block punch in the lightweight Firebird, making it a legitimate threat on the street. It was obviously put together to show off, with lots of chrome and Pontiac Turquoise paint on the block, plus an Edelbrock 4-barrel carb to turn up the performance a bit. It starts quickly and if you need any proof of its reliability, just check out the "Power Tour" decal on the windshield. Backed by a TH400 3-speed automatic and a set of towering 2.41 gears out back, it's an effortless highway cruiser that eats up the miles without strain. A fresh dual exhaust system gives it a suitably muscular voice, and timeless Pontiac Rallye II wheels are fitted with BFGoodrich T/A radials.

Legitimately rare, this Firebird will always get folks talking at a show, particularly the experts. It's also a blast to drive and needs to be exercised every chance you get. Call today! 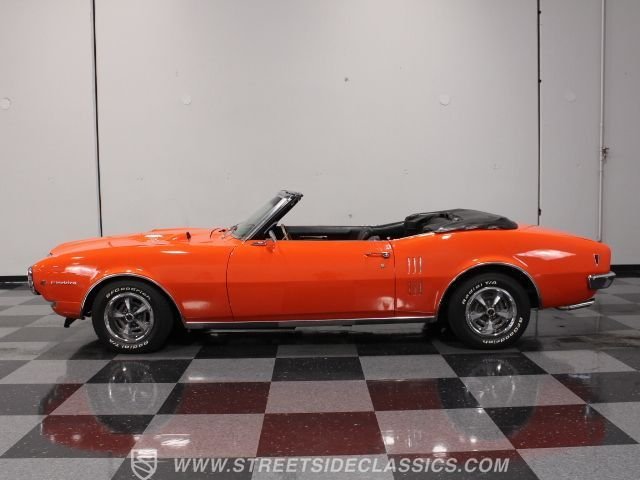