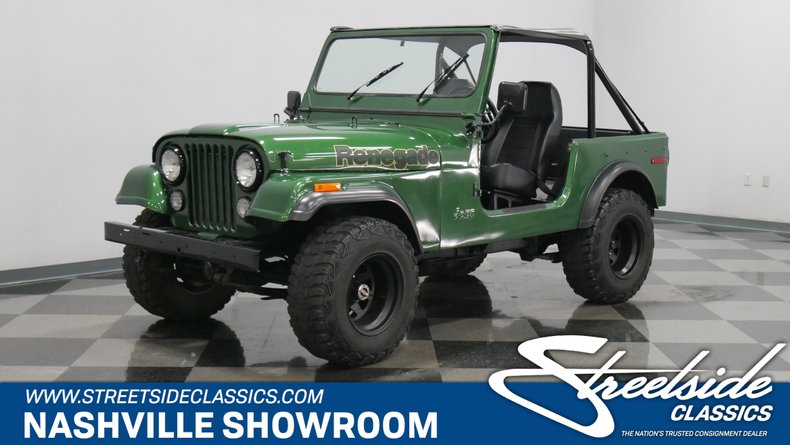 Nothing says, "I'll go anywhere" quite like a Jeep CJ7, especially one with good upgrades and strong bones under the skin. Dependable straight-six power, a few choice options, and a nice cosmetic makeover make this 1977 Jeep CJ7 Renegade the ultimate way to get dirty.

It might just be the most recognizable automobile in the entire world. It has been on every continent and crossed the most forbidding lands in the world. Even more than 40 years after it arrived on the scene, the evergreen Jeep has kept its rugged good looks. Someone took their time on this one, restoring it to a very solid condition cosmetically, including the slick green paint and period Renegade graphics on the hood. CJ7s were notorious for rusting, particularly around the rear of the body, but this one was spared that fate thanks to a lifetime of easy living. The paint is nice enough that you'll probably think twice about plunging into the brush with it, but it's certainly not perfect, and you'll definitely have the hardware to get wherever you need to go. Sure, there are a few nicks and scratches, but at least you won't be the first one to mark the paint. Accessories include heavy-duty front and rear bumpers, beefy oversized fender flares, crystal headlights, plus a blacked-out roll bar that gives the CJ a tough look with the top off. All the trim has been blacked-out, and the green-and-black combination harkens back to when Jeeps were full military-spec.

WWII GIs would have killed for an interior like this in their Jeeps, but it remains simple and durable in the best off-roading tradition. Fresh black vinyl buckets up front actually look expensive and upscale, yet wash off with a hose. The dash is a single sheet of painted to match steel with all the original-style gauges reinstalled (including a tachometer and clock that flank the steering wheel), so it has a clean look that's 100% Jeep. A 3-spoke steering wheel with original Jeep center cap looks exactly right, and the tall shifter for the 3-speed manual transmission is just a short reach away, ditto for the 4x4 selector. Spray-on bedliner material protects the floors so there's no denying that it's still basic and rugged. For some protection from the elements, it also includes a sporty bikini top, and because there isn't a bench seat installed out back, storage space is maximized.

A 258 cubic inch inline-six runs beautifully and is the off-roader's first choice in a CJ. Torquey and robust, this is the engine you want pulling through the worst slop Mother Nature can throw at you. Virtually bulletproof, it also has the low-end torque you need and gentle throttle tip-in makes it easy to feel your way through the slippery stuff. There are a lot of original parts, including a down-draft carburetor, open-element air filter housing, an AMC blue valve cover, plus power steering and power front disc brakes that make it a friendly driver around town. The 3-speed manual shifts well and feeds the stock 2-speed transfer case and the stock axles, so it's still reasonably friendly on the pavement, which is obviously where it spent most of its life. The exhaust system includes a chambered muffler and exits before the rear axle, so it's got a great rumble, and although it's not detailed underneath it is very solid, suggesting not a lot of time out in the dirt. Blacked-out, wagon-style wheels finish the killer look and are wrapped in 31x10.50x15 Kumho off-road radials all around.

Looking for a turnkey CJ7? If you like playing in the dirt and looking great while you do it, this is the right tool for the job. Call today! 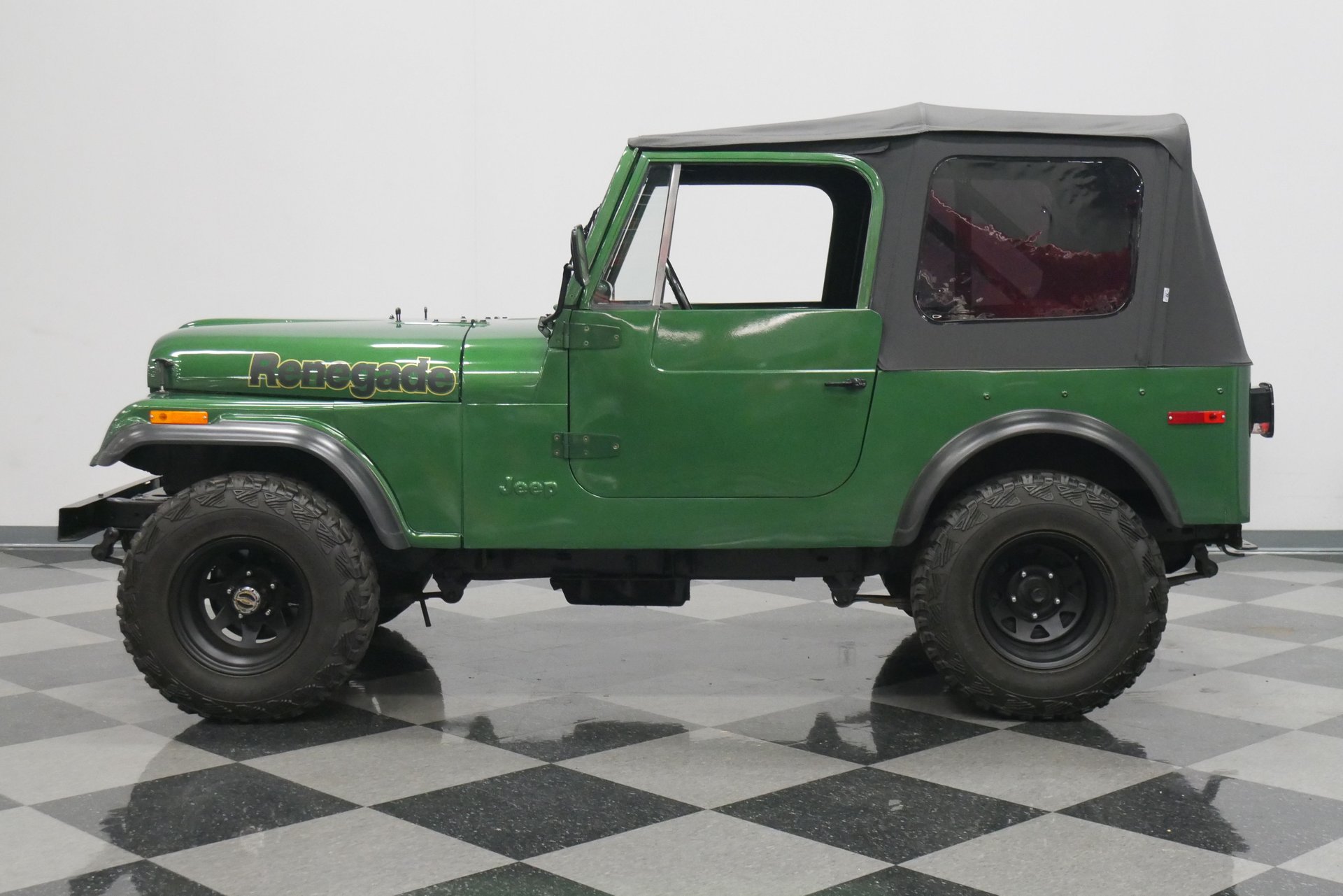