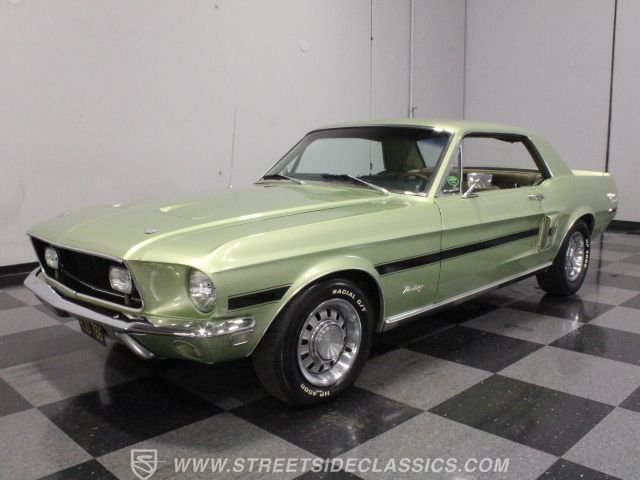 This 1968 Mustang California Special is one of those rare pieces that seems to have escaped the notice of collectors, but that's changing. For those of you not familiar with the California Special, it was a 1968-only Mustang coupe developed by Ford at the request of California dealers. Of course, it was sold all over the country, but its unique look that combines some Shelby-esque components with good parts bin engineering makes the California Special worthy of A-list status in the Mustang world.

The California Special was based on a prototype Shelby coupe that was never built. However, the look was a hit, and all the fiberglass add-ons, particularly the rear clip that's definitely got a Shelby look , were part of the package. This particular CS comes from long-term ownership, presenting in an extremely rare and unusual color combination of Lime Gold over a green interior, and it looks fantastic after a full repaint just four years ago. All the correct California Special bits are still present and accounted for, ranging from the blacked-out grille and fog lamps, to the hood pins, to the Shelby-style rear scoops and fiberglass tail with built-in spoiler. You should be prepared to explain the car more thoroughly to the people who aren't quite sure what they're looking at, but everyone seems to agree that this is a very special Mustang. Correct GT/CS stripes run down its flanks, and while the taillights are 1965 Thunderbird units, they are not sequential on the CS.

The interior is pretty much the same as other Mustang coupes, but that's always a good thing, since in 1968 Ford was hitting on all eight cylinders in the design department. Personally, I really like the two tone Ivy Gold buckets, which have a very upscale air about them, and the two-tone theme continues throughout the interior. The only deviation from stock is a wood-rimmed steering wheel that actually looks like it could have been installed in 1968, and the original wheel is available with the car. The original dealer took it easy on options, so there's no console for the 3-speed manual shifter, but an aftermarket piece has been installed that comes with cup holders and an armrest, and it's easy to remove for show. The gauges appear to be original and in excellent condition, and factory AM radio is still doing its thing in the dash. Open that custom deck lid and you'll find a standard coupe trunk, albeit with no issues hiding under the mat.

The engine is a J-code 302 with a 4-barrel carburetor, and in the lightweight coupe, it's a great performer. Open the hood and you'll find a highly original engine bay that's been properly maintained and shows off its original air cleaner (with a new Holley carb underneath) and Powered by Ford valve covers. No, it's not pretty, but it runs extremely well and makes great torque, so shifting the 3-speed manual is a joy. Out back there's a 9-inch with 3.00 gears inside, so this CS is an easy cruiser. The exhaust system seems fairly recent, and those unusual mufflers sound fantastic. Styled steel wheels were original equipment and wear 245/60/14 white letter radials.

An unusual footnote in Mustang history, the California Special is one of those cars that few will recognize, but everyone will understand is something unique. They won't be this affordable for much longer, so call today! 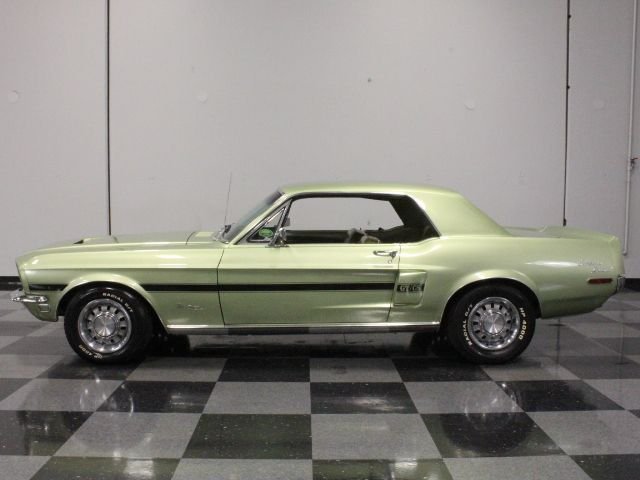