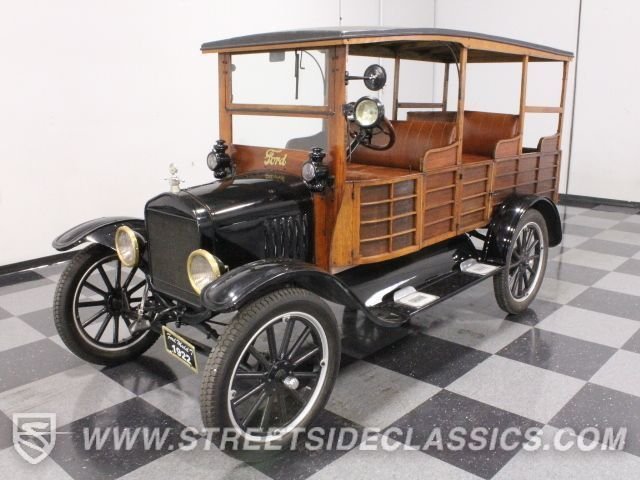 Vehicles like this 1922 Ford Model T could probably be considered the first woody wagons. Often referred to as a "depot hack," these trucks were designed to ferry passengers and their luggage from train stations to hotels and resorts. And there weren't many better choices than the rugged, utterly reliable Model T, which wouldn't get you there in a hurry, but it would always reach its destination.

Restored a few years ago, there isn't a lot to the depot hack body. There's a wood frame, a few basic bench seats, and an elegantly curved roof, but that's missing the real details that make it such a joy to own. The wood has a wonderful patina that only comes with age, and while it's been refinished, it's definitely old growth timber. The basic black Model T metal parts, including the distinctive radiator shell, hood, and gently rounded fenders, are all in good condition, showing the right amount of patina to work well with the wooden bodywork. A few brass details still remained, even in 1922, including the headlight rings, and there's also an accessory Boyce moto-meter on top of the painted radiator. Accessories were added during the restoration, but they're functional like the spotlight, cowl lamps, and Ford script on the firewall, just in case you didn't recognize the most iconic car ever built.

The interior is equally simple, but it totally works on the T. Plain brown leather with pleats makes the seats comfortable around town and shows a soft shine that comes from years of folks happily riding around in it. Ford wasn't the first to put the steering wheel on the left, but after he did, the industry followed. Controls are simple, although unconventional, so you'll need to familiarize yourself with its operation before setting out on the road, and it all works like it should. The coil box on the center of the dash also houses the ammeter, which is the sole gauge provided for Model T operation. The wood-rimmed steering wheel is in excellent condition, and to fill it up, you'll have to lift the front seat, since the tank is gravity feed. There's actually room for five (or seven in a pinch), and it's really a lot of fun to be perched up high like that.

The T was no horsepower factory, but it was reliable, simple, and easy to fix, which were far more valuable attributes in the days before roads. The four-cylinder engine starts easily thanks to a rebuilt 6 Volt system, and it still inhales through the original updraft carburetor. The transmission is a two-speed planetary setup that's controlled by the foot pedal on your left, with a separate pedal for reverse (remember what I said about some familiarization being necessary), and the rear end carries the truck's only brakes, so plan ahead! Wood spoke wheels climb over rough pavement with ease and wear 30x3.5 blackwall tires, as original.

Model T fans remain some of the most enthusiastic old car owners of all, and this depot hack will stand out in a sea of Tin Lizzies anywhere you go. Call today! 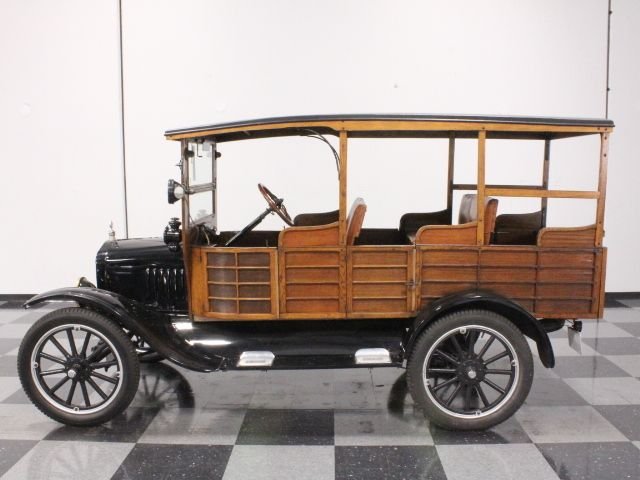