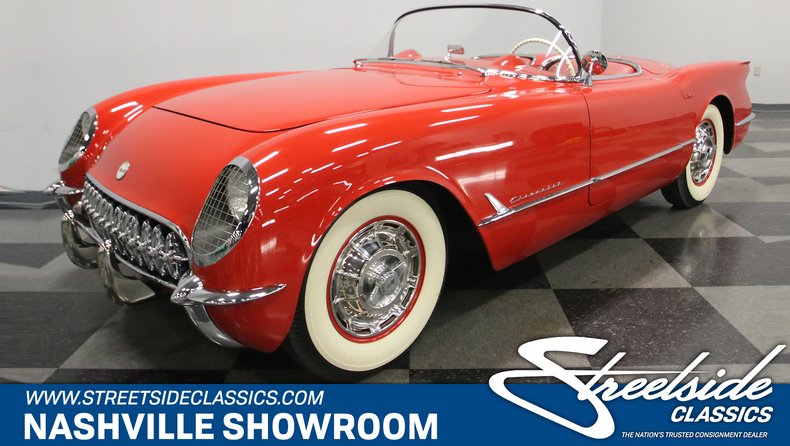 1954 was the first full year of production for the Corvette. While it is nearly identical in appearance to the extremely rare, hand built, '53s, it improved on the first-year cars in many ways. A dedicated production facility improved build quality and enabled GM to offer more choices than in the original run. But make no mistake, this is still a very rare car with only 3640 examples produced that year.

If you are a Corvette aficionado, you may know how many of those few thousand produced are known to have survived, and of the survivors, how many have stayed as true to the original appearance and options as this one has. Let's just say not many. This car is presented with no upgrades. It has been expertly repainted in Sportsman Red, one of the improved choices for '54, and the attention to detail is evident everywhere you look. Mesh headlight covers and a toothy grill start the chrome treatment up front with the bumper carrying the line around the corner and down the side. The rear fenders have fantastic chrome tips dressing the back with a simple bumper and dual exhaust tips exiting the rear panel between them. The light really catches the curves of the car which were possible because of the freedom the designers had by working in fiberglass. The white wall tires bring it all together for the correct look.

The Corvette was GMs answer to the sportscars of the day from Europe. The influence of the Jags, Alfa Romeos and MGs can be seen in the red interior so popular in those cars at the time, but it is executed with a distinctly American flair. The seats and door panels of the Vette look like the best work from old world craftsman. The dash heads in a different direction though. It is a dual cowl design that matured and became a Corvette hallmark. The key and five gauges are located in the center of the dash with the ventilation controls and correct AM radio just above them. The steering wheel is a work of art. White with a red center and a horn ring that matches up with the speedo in the driver's side cowl when driving straight down road. The body flows from the trunk, up and over the manual convertible top so that when it's down, so you don't even know it's there.

Open the hood and notice how correct, neat, and original everything appears. The polished coolant tank for the in line six-cylinder, uniquely, sits parallel to the valve cover emblazoned with "Blue Flame 150". It was the only engine offered that year and looks so European, and so right, with the Tri-power Carter carbs with dual air filters. The transmission is a 2-speed automatic, which is listed as an option for the car that year, but was the only option available, so all 54's came that way. It sends the power back to a live axle on semi-elliptic springs and shocks. The front suspension has independent upper and lower control arms, coil springs, and a sway bar. Drum brakes all around work through 6.70/15 white wall tires on steel wheels with hub caps. The mechanicals are near perfect on this car.

Everything is near perfect on this car. Come on down. Check it out. See what you think. 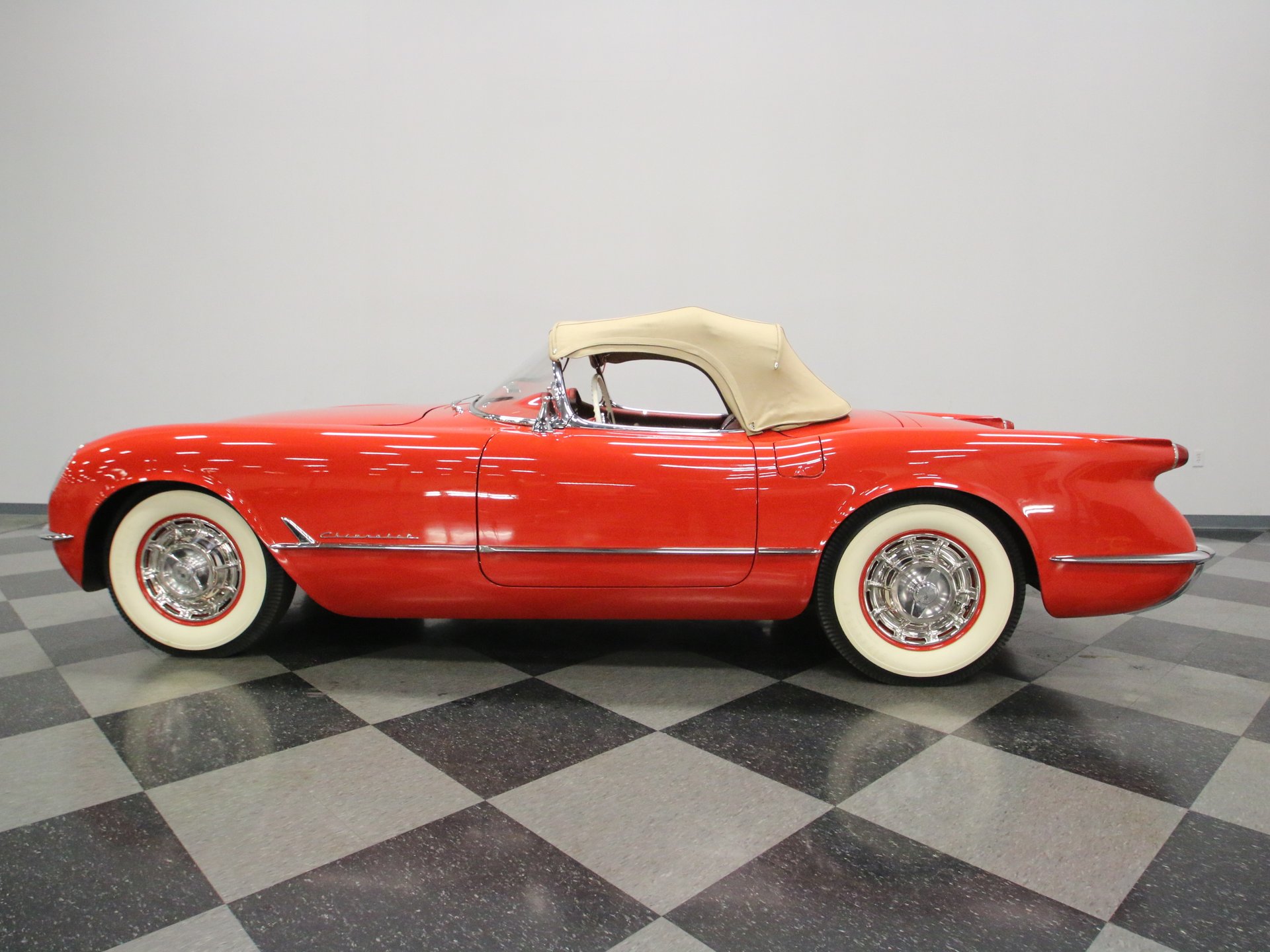