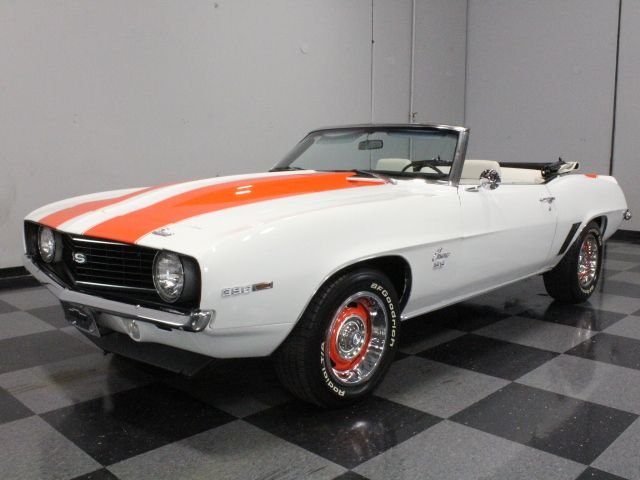 Few Camaros are more recognizable than the 1969 pace cars, and arguably, cars like this tribute are a lot more fun because you can color outside the lines a little bit. With a built LS6 big block under the hood and a 4-speed manual, it's an icon that you can actually drive and enjoy without worrying about your investment.

During the build, they had the choice of going back to the original Daytona Yellow or trying something different, and given the high-visibility look, it's easy to see why they chose the pace car look. The unique paint scheme consisting of Dover White bodywork with Hugger Orange stripes was laid down according to the factory patterns and it looks brilliant even today, 42 years later. As a tribute car, the owner merely liked the color scheme, and opted not to install any Indy 500 decals on the doors, and that was the same choice the original buyer faced in '69-most enthusiasts seem to prefer the car without the graphics. All pace cars were RS/SS models, and included the hidden headlights, cowl induction hood, and rear deck spoiler, so the purists might ask questions, but it is a legit X11 car, so the odds are on it being a real SS. And while it carries 396 badges on the front fenders, those are a bit of an understatement, as we'll find out shortly.

The bright white interior is a bit tamer than the pace car's houndstooth setup, but if you're going to cruise in a convertible white is the right choice. This one has been fully restored to better than new condition, with tight fits, no sags or dimples in the seat covers, and fresh black carpets that tie it all together. Things like the console, auxiliary gauges, and reproduction rosewood steering wheel were added during the build, along with an AM/FM/cassette stereo tucked into the dash. You'll probably find it surprisingly easy to simply slide behind the wheel, turn the key, and hit the road, whether it's your first time in a Camaro or, like the owner of this one, you've been friends for nearly two decades. Overhead there's a bright white vinyl convertible top, and the trunk is extremely clean with a correct reproduction mat.

Power for this one comes from a built 454 cubic inch V8, which has been rebuilt to LS6 specifications, including the 074 aluminum heads. Hiding under the air cleaner is a Holley 850 that makes this gnarly big block purr like a kitten. With 11:1 compression, it snarls and barks like the serious race piece it is, yet it's happy to idle in traffic, too. Lots of chrome and aluminum give it a show car look, and the block wears its own coat of Chevy Orange paint. Long tube headers feed a dual exhaust system, and the 12-bolt out back is stuffed with 4.11 gears on a Posi. Wilwood disc brakes add substantial stopping power and live behind color-matched 15-inch Rally wheels with staggered BFGoodrich radials.

Not exactly subtle, but packing way more performance than anyone would ever suspect, this fully-sorted convertible delivers in every category: looks, performance, and fun. Call today! 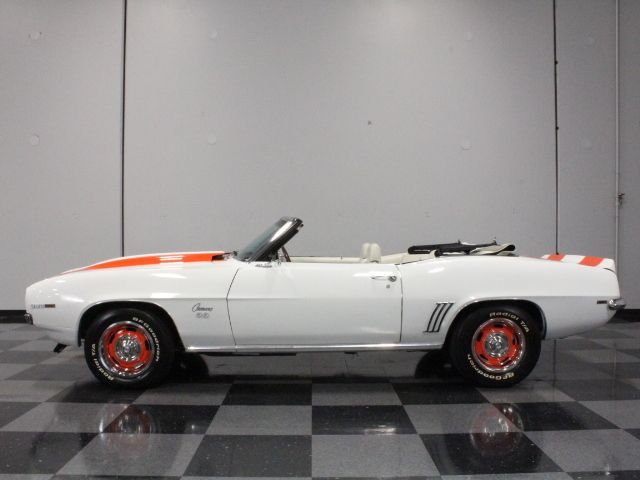