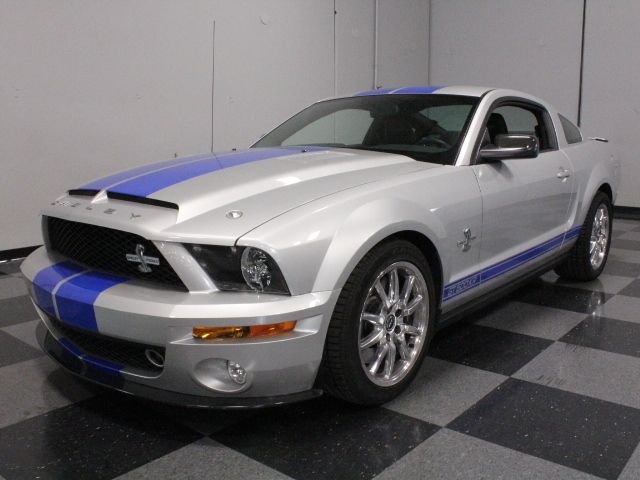 If a 500 horsepower Shelby GT500 is just too tame for you, then you're exactly the guy for whom Shelby whipped up a special batch of 746 GT500KRs. Of course, you already know that KR means something special is in store for you when you turn the key-otherwise the "King of the Road" would just be meaningless hyperbole.

This 2009 Shelby GT500KR, #519, is one of only 268 built in silver with blue stripes that shows off its muscular curves in spectacular fashion. More than just a beefed up GT500, the KR features its own hood, which, at the time, cost a whopping $18,000 to replace! There's also a custom front spoiler, racy hood pins, bespoke badging, and, well, nothing succeeds like excess, so it says Shelby all over the place. In truth, most of these were snatched up as priceless collector's items before they were even built, meaning that this car represents a rather rare opportunity to buy one in virtually new condition. It shows just 4238 original miles, and when we say it looks showroom fresh, we mean it. It hasn't been modified or raced, but such is the price of investment-grade muscle from Carroll Shelby these days.

Inside, it features the same basic goodness as the regular GT500, which means deeply sculpted leather seats with custom embroidery, a big cue ball shifter for the 6-speed manual gearbox, and a special leather-wrapped steering wheel. Everything Ford could throw at a Mustang was standard equipment, including A/C, power windows, seats, and locks, plus extras like dazzling instruments with more colors than the Vegas strip and there's even a special plaque on the center of the dash commemorating this car's status as a very special edition. Perhaps even more rare, this is one of only a handful of Shelby automobiles that HASN'T been signed by Carroll Shelby, making the interior truly showroom new. I doubt anyone's ever been in the back seat, and nothing except a custom car cover has ever graced the trunk, ensuring that your investment is well-protected.

The KR story begins and ends under the hood, where the 5.4-liter supercharged V8 got a little more boost and 40 more horsepower over the standard GT500. Can you feel it? Will you even try? That remains to be seen, but the fact is, any car with a real-world 540 horsepower will absolutely destroy anything on the road. The car was fully developed by Ford SVT engineers, who really do know what they're doing, and as a result it doesn't overheat, doesn't get cranky in traffic, and is happy to cruise all day with the speed control locked on 72 MPH and pulls down respectable fuel economy. On the other hand, it also rips to 60 in around 4 seconds and pushes its blocky self right on past 180 MPH on the big end. And how the heck can you not respect a car that was delivered from the factory with giant 255/45/18 front and 285/40/18 rear R-compound tires?

But let's be honest-you aren't going to drive it. What you are going to do is buy it now while you can, because the day will come when you'll regret not doing it when you had the chance. Call today! 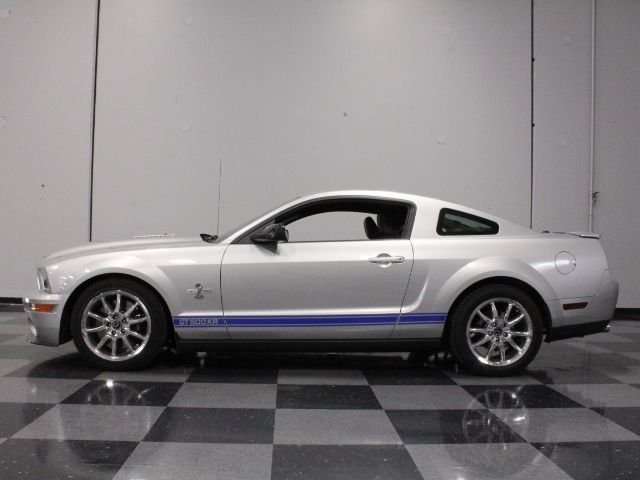