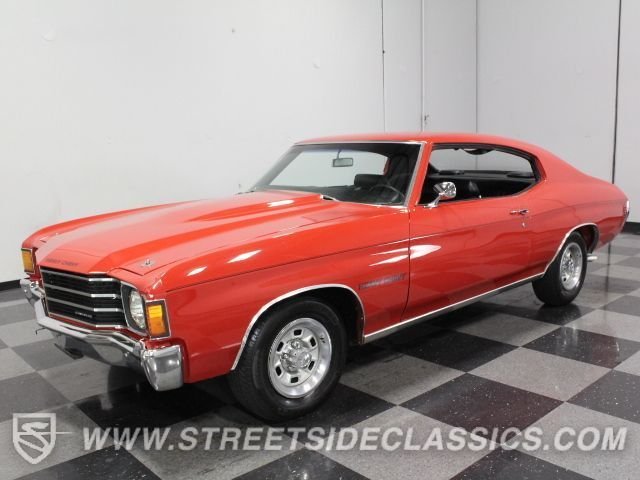 Today, much like in 1972, high-end Chevelles are often priced out of range of the average enthusiast. And just as in 1972, this Heavy Chevy Chevelle represents great value with V8 power, a bunch of performance and appearance upgrades, and a remarkably reasonable price. It's also a lot rarer than an SS, then and now.

Although without a build sheet to officially certify this one was born as a Heavy Chevy from the factory, it certainly looks the part today, which includes the Super Sport's domed hood with tie down pins, special body stripes, Heavy Chevy decals on the hood, fenders, and deck lid, blacked-out grille and headlight bezels, plus 14x6 Rally wheels without trim rings. So it's unusual, to say the least, when you actually run across one of these. It's still a Chevelle, which also means that it's great-looking, and thanks to a high-quality repaint, looks like one of those high-dollar versions that it was designed to replace. The black HEAVY CHEVY decals have been accurately reproduced on both front fenders and the trunk lid, as well as a tidy black pinstripe running from nose to tail. The unique blacked-out grille, both front and rear bumpers, and all the stainless have all been restored, too, making this a Chevelle that's going to attract a lot of attention at the next cruise night. Just be prepared to answer some questions.

The interior is fully restored, with new black seatcovers on both front and rear benches, fresh black carpets, and new door panels. The Heavy Chevy was all about value, so it's kind of cool to see a 3-speed manual, a bench seat, and little else. An AM/FM radio was still a bit of a novelty in 1972, and a set of auxiliary gauges under the dash are an important upgrade since there's a fresh crate motor under the hood that needs monitoring. One glance in the trunk reveals just how clean this car is, with solid floors, a new mat, and a full-sized spare with complete jack assembly.

The Heavy Chevy was available with any of the usual V8 engines from the standard Chevelle's Turbo Fire 307 to the LS3 Turbo Jet 400, although the LS5 was not available. Today there's a freshly rebuilt 350 cubic inch motor nestled between the fenders, dressed in Chevy Orange paint and a minimum of flash. Sure, there's a chrome open-element air cleaner, but it looks enough like an original that few will notice. An Edelbrock carburetor builds horsepower, along with a set of long-tube headers feeding a stock-style dual exhaust system that sounds muscular without being overbearing. And while you're under there, take a moment to admire the exceptionally clean floors that have been painted to match the body, 10-bolt rear end, and fully rebuilt suspension and brake systems. And the most obvious part of the Heavy Chevy package, those unique Rally wheels, have been faithfully restored and are now fitted with 205/75/14 blackwall radials to complete the look.

So brush up on your Chevy history and be prepared to talk about your rare new Chevelle. Call us today! 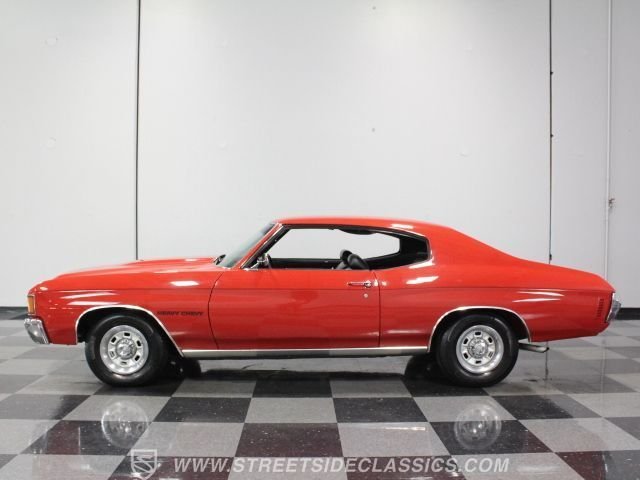