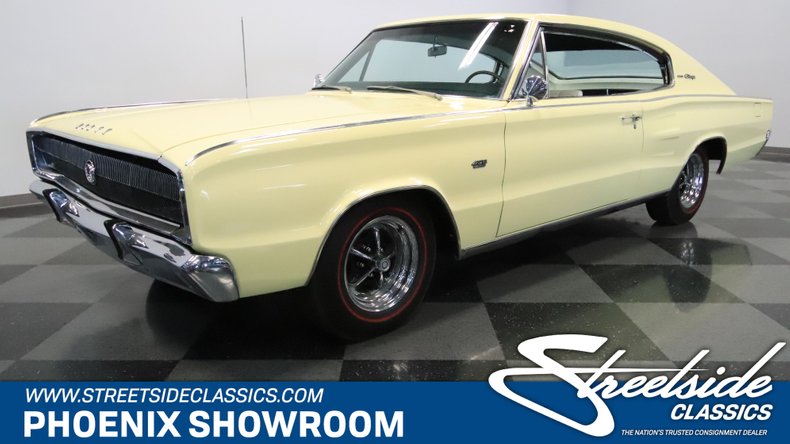 This is true muscle car royalty. There were less than 500 examples of the 1966 Dodge Charger built with the awesome 426 Hemi, and this is one of them! And when you get down to the options and specifications, this was the only one in its batch, so it's a possible 1 of 1! With a muscle car this significant, it's great to have a well-restored example that kept everything you want correct. Even the motor is a year-correct powerplant that's believed to be original to the car.

This is the kind of car we're all on the lookout for. It's a first-year Charger, and so this is the coupe that launched the legend. And because this is a rare and special example, they made sure this one is ready to show off. That's why the factory-correct yellow has been given a modern respray with plenty of clearcoat to radiate in the sunshine. The fastback design was great for racing, and it also just was part of the styling that made Mopar some of the meanest cars around. This attitude continues on the wide front end with hideaway headlights, Mag-style road wheels with redline tires, and plenty of rear fender flair. Plus, these also had a dash of sophisticated style with specific badging, wide chrome bumpers, a one-piece rear, and the full-length trim line. It's a total package that is out to grab attention, and this one has been given the right investments to do it correctly.

The white interior is factory-correct, and it further highlights the premium feeling these upper-level Chargers received. The designers made something quite unique, giving everyone their own individual bucket seat with a center console in-between. The texture of the seats, freshness of the black carpeting, and quality of the door panels come together to deliver a very well-presented time-capsule like package. Even the AM radio is still on display! The gauges are absolute works of art, exquisite aircraft-inspired dials with markings around the perimeter and have a very modern glow at night. You get a three-spoke sports steering wheel, and Chrysler fans will recognize the simple but elegant shifter for the automatic transmission.

Everywhere you park this coupe is another opportunity to pop the hood, and that's why they made sure the whole engine bay is show-ready. Everyone loves the look at a big block filling up the space, especially when it says Hemi on the callout. Not only was this Charger originally built with a 426 cubic-inch Hemi V8, but also this still has a 1966-correct motor. There were no numbers matching back then, but it does show all the right signs of being original to the car. In fact, you can tell they took their time with this one, because the decals and part numbers all around the big V8 are also correct. And because this is a true Street Hemi, it inhales deeply with a double set of Carter four-barrel carburetors. That means plenty of power and a terrific growl out of the H-pipe dual exhaust. The A727 Torqueflite three-speed automatic transmission is both stout enough to handle the big power and smooth enough for good cruising. This dual power/ease nature is also why you have power steering, power brakes, and a limited-slip rear end.

This Charger comes with all the right documentation, including the Chrysler Certicard, owner's manual, and Galen Govier docs proving its rarity. Even the ultra-low odometer is believed to reflect actual miles! This is your fleeting opportunity at muscle car royalty. Don't miss out, call today! 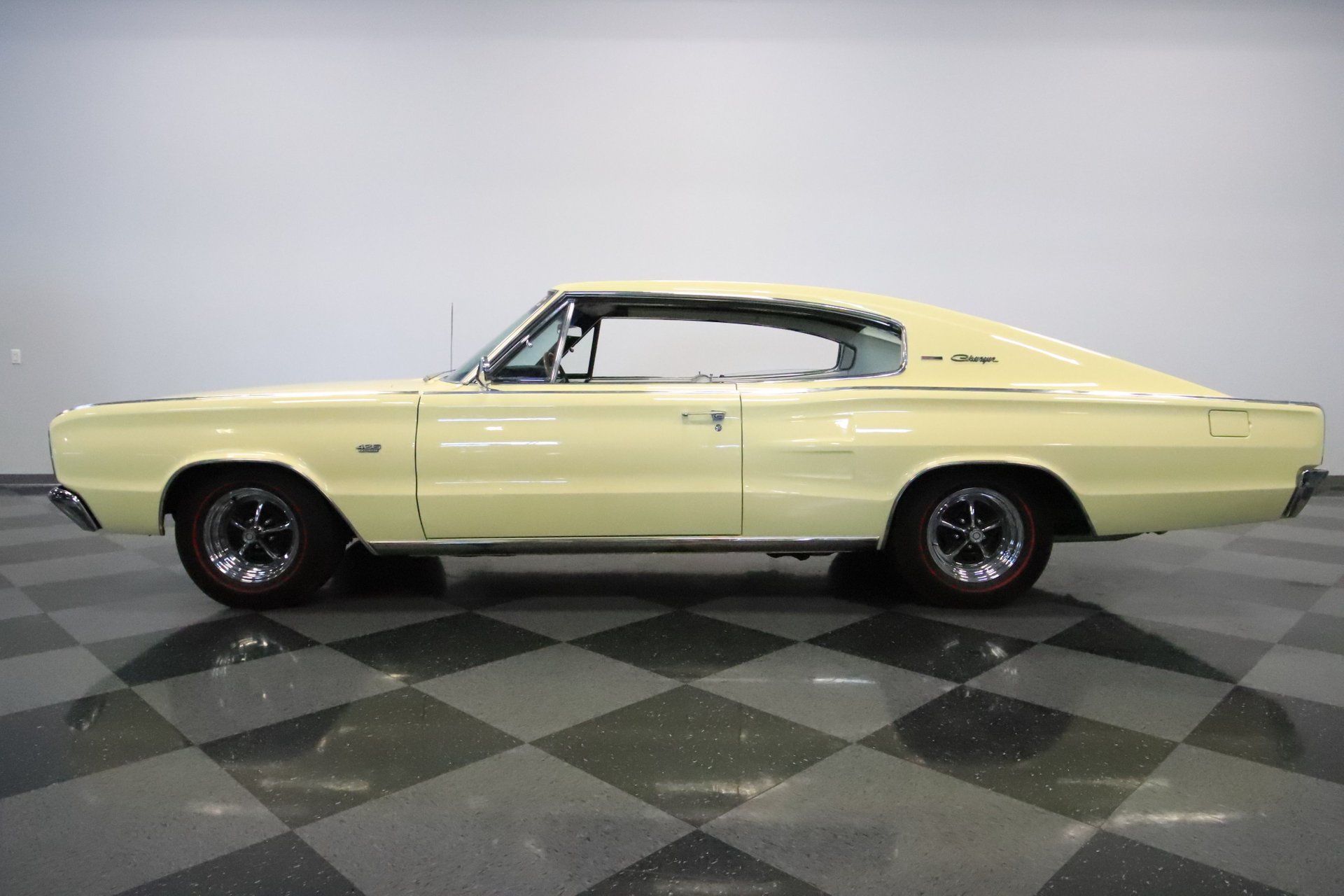