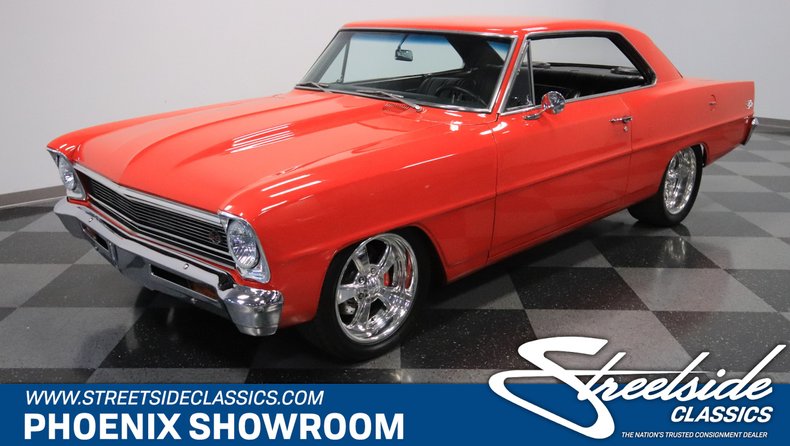 Having a fast classic often means giving up some vintage appearance to make way for serious power. This 1966 Chevrolet Chevy II Nova SS doesn't have that problem because it looks perfect for cruising, but when the time is right, there's supercharged power to prove this slick red devil is the king of the streets.

The crisp Nova body has always been popular with custom builds. Rendered in sinister out-for-blood kind of red, it has the nice gloss and luster that's just begging to be seen in the sunshine. Plus, the large 17-inch Billet Specialties wheels on the aggressively forward-leaning stance is an instant attention-grabber that lets everyone know to take you seriously. And the power bulge of the cowl hood is an instant indictor of something special beneath it (more on that in a moment.) Those are nice custom pieces, but the rest of this intimidating look comes from a careful restoration of the original GM items. That means sheetmetal with a crisp full-length crease, bright chrome bumpers, and all the correct badging for this real-deal Super Sport. So this hardtop is a head-turner for being both complete and custom.

Black interiors always look fantastic against the red paint. And this real-deal SS looks quite nice with premium insignia trim bucket seats and a center console in-between. This is a driver's machine with a Grant sports steering wheel, and beyond that is a custom gauge layout full of AutoMeter Ultra-Lite readouts. Plus, you have a TCI Outlaw shifter boldly sitting the center of the car. So while there's a terrific AM/FM/CD stereo w/Bluetooth, we really know your favorite soundtrack will be the rumble of the dual exhaust.

The engine bay looks like it could win awards all on its own. After all, the smooth fender walls, painted frame bracing, and overall tidy setup let you get a good look at the motor. And you can instantly tell a small fortune was spent on polished components alone. But as much as this looks like a beauty, the motor is really a beast. It's a 427 cubic-inch Dart block, which would be plenty for some people, but this monster motor also has a Vortech V7 YSi supercharger sitting on top. And the performance upgrades don't end there. This also has Quick Fuel 750-BAN blow-thru four-barrel carburetor, Dart intake, MSD electrics, and long tube headers that feed straight pipes into a Dynomax performance mufflers. Plus, it has the right supporting components like upgraded pulleys, brackets, braded hoses, Optima red top battery, and a BeCool aluminum radiator w/electric fan. With all the performance upgrades, the motor is dyno rated at 661 horsepower with 93 octane, which was completed by National Speed. You can view the video of the dyno test at https://www.youtube.com/watch?v=jsuXwoCmKc8. This powerhouse V8 feeds a stout TH400 three-speed transmission built by ATI Performance. And as you look at the undercarriage, you're going to see a car that's beautifully finished (there's less than 4,200 miles on the whole build.) And you'll also spot all the right performance components like the tubular A-arm front end, four-link rear, and adjustable coilovers at each wheel. Plus, there's a full Wilwood four-wheel disc brake package with drilled & slotted rotors for superior stopping power.

This Nova looks mean, and it has more than enough motor to back up this appearance. It's the street-eating machine you've always wanted to build yourself, and now you get to take it home today if you're lucky enough to be the first to grab this classic. Call today!!! 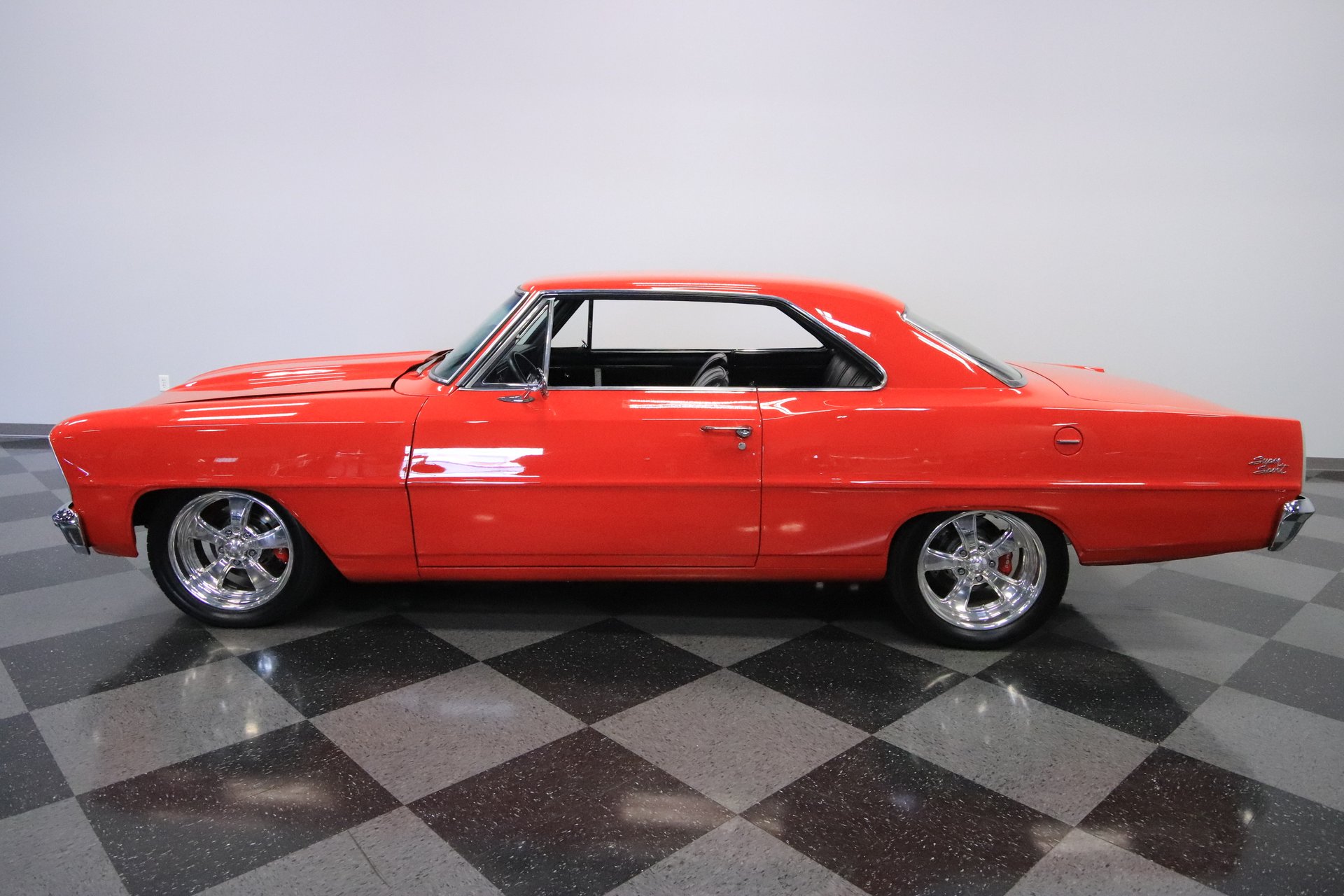